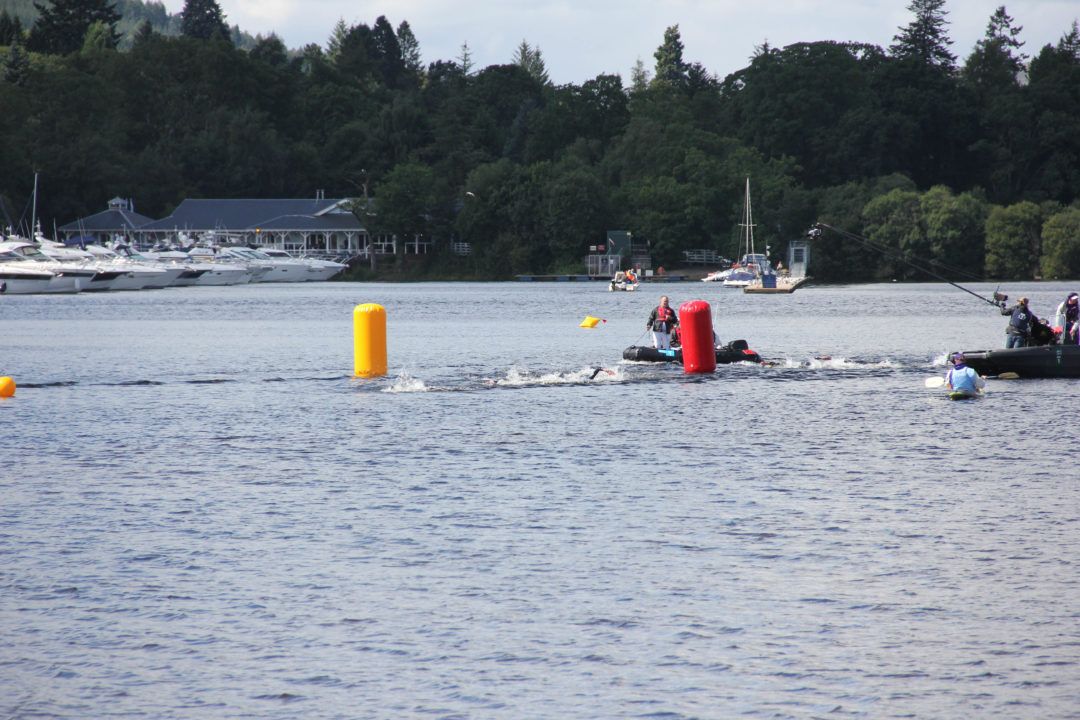 Ana Marcela Cunha of Brazil timed her race perfectly en route to winning gold in the women’s 10k at the 2020 Tokyo Olympics. Defending champion Sharon van Rouwendaal of the Netherlands and Kareena Lee of Australia finished second and third, respectively.

Cunha swam comfortably in the leading pack during the entire open water race, bouncing around between 5th and 2nd place. It wasn’t until the final kilometer that she kicked it into gear to overtake van Rouwendaal as the race leader. She increased her kick and tempo in the final 600 yards and sprinted to the finish.

The United States’ Ashley Twichell led the race for 6 of the 7 laps. At that point, she fell behind Leonie Beck of Germany and tried to ride off of her wave, but could not hold on until the end of the race. She touched, while teammate Haley Anderson moved up to 6th.

Cunha was the 2019 World Championships gold medalist in the women’s open water 5k and she was 5th in the 10k. None of the medalists from 2019 landed on the podium in today’s race. China’s Xin Xin was the 10k champion in 2019 and she finished 8th behind Anderson and Twitchell. Anderson was second in 2019 and Italy Rachele Bruni was third. She finished 14th in Tokyo.

Bruni was also the silver medalist at the 2016 Olympics in Rio. Van Rouwendaal claimed the title and Poliana Okimoto of Brazil won bronze. Cunha finished 10th in 2016. Okimoto did not compete at the 2020 Olympics. She announced in January that she and partner Ricardo Cintra would be having a child. They welcomed their child about four weeks ago.

How does the silver medalist have a better time than the gold medalist?

Look again. Silver medalist’s time was .9 seconds more. The object is to have a lower time.

What day is it? When are these races? Was it changed? I see women’s result.

Women results were today for North America and men are tomorrow at 6:30 PM EST I believe

Glad I wasn’t the only one confused by this. I kept reading it over and over to see what I missed.

It was published incorrectly on here. Either from the start, or maybe the schedule changed at some point !

Kareena Lee! What a fighter. So tough.and her coach has been unwell I think but he’s got to be so proud. As is all of Australia! Quite a fast race overall

“They welcomed their child about four weeks ago”- bittersweet but mostly: sweet

Can we please have a live recap going tomorrow?

I watched the first hour and had a lot of things to comment on re:Rowdy’s commentary.

Hearing him say, “she’s not feeding” over and over again was unnerving, to say the least.

I’m one of those that actually do not mind, and maybe enjoy Rowdy’s pool commentary, but he really doesn’t know much about open water and his commentary was really off the mark. The comments on feeding, going hard at the beginning to open a gap, the sprinting ability at the end of an 8:20 800 pool swimmer, etc. were really inaccurate. The co-commentator had no knowledge at all and was even worse. They should get someone more knowledgeable next time.

I thought Rowdy was right on about the feeding. 84 degree water temp! You need fluids. The ones who fed more performed better.

Not sure about that. I think Cunha skipped a several of the feeds too.

I’m watching all the replays of the pool stuff right now, and I mean, he’s better than whoever else NBC trotted out there – Van Dyken by a lot, has more reps than Beisel so sorta knows how to do it – but yeah, if I were an open water fan I would probably not be thrilled with him.

Carillo had even less of a clue, cannot believe that’s who NBC throws at the event. She would ask him fairly basic questions and he’d just go “idk.”

I watched it on the NBC app via streaming. They have different commentators there, who are a lot better. I can’t at the moment remember who they are, but the woman sounds Australian.

I’m pretty sure she was also commentating on pool swimming for the streaming app. She was much better than any of the American commentators there as well.

The worst for me was when he made jokes about the presence of lifeguards. These races have legitimate safety issues which he ought to be very aware of. Maybe he needs to be reminded of Fran Crippen?

Ouch. Yes, that’s a joke in very poor taste, given what happened to Fran Crippen.

In general open water is much more dangerous than pool racing and he really should know that.

Oh wow, I didn’t hear that. There are literally lifeguards for pool swimming at the Olympics! (I know because I stood next to a bunch of them for most of Rio prelims, lol.)

Yes, that was almost disrespectful. Fran Crippen might be alive today (perhaps) if there had been lifeguards trailing the swimmers on that fateful day in Dubai.

Congrats to Sharon. She’s so strong in open water since she trains with Philippe Lucas.

What are you talking about?

Relax. I was not aware.
Thanks for the news.
Lucas convinced her to abandon the pool and focus on open water after London 2012. The move paid off. She has trained in France with Lucas during 7 years. Lucas help her win the gold in Rio.
She should have not left such a magician of coaching. That was a mistake.

She left Lucas a year ago, she trains in Magdeburg, Germany now with the same group Wellbrock trains with.