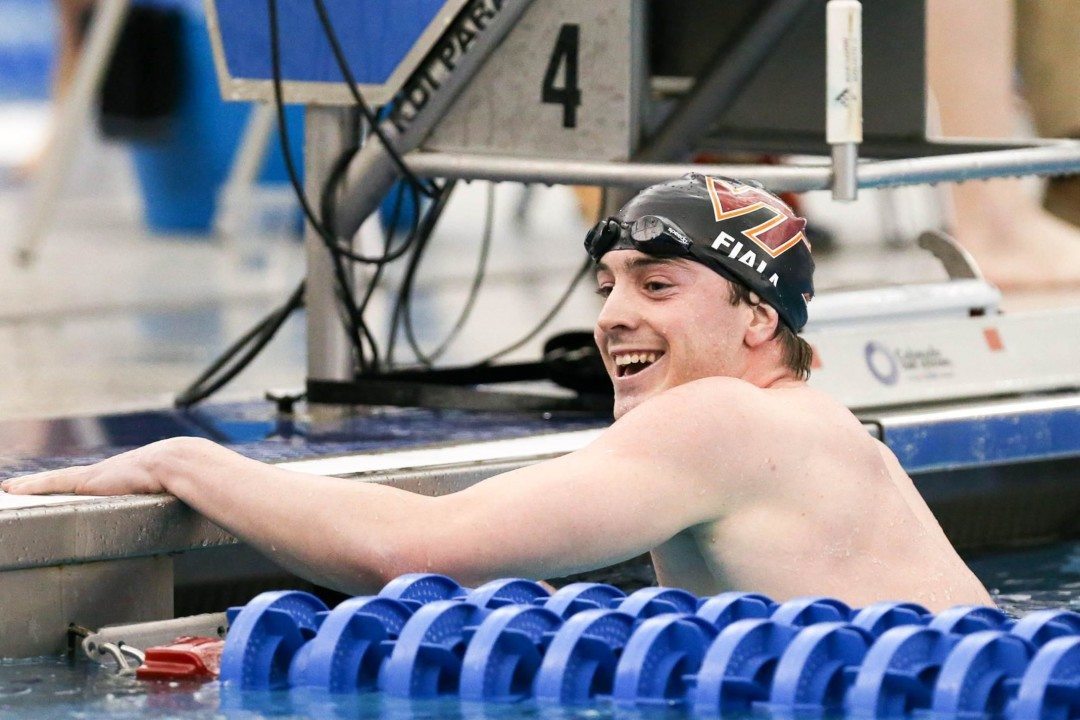 Defending champion Brandon Fiala of Virginia Tech won the 200 breast tonight at the 2017 ACC Championships with a new meet and conference record time of 1:52.39.  Fiala led from beginning to end, building a lead of almost a second at the halfway point and easily holding on for the win.

Last year Fiala swam a 1:52.87 at the ACC championships.  He then shaved off 0.05 seconds at NCAA’s, finishing 5th in the A-final.  He followed up those performances with a pair of top 16 performances at the 2016 Olympic Trials, making the semi-finals in both the 100 breast and the 200 IM.

The overall conference record previously belonged to Louisville’s Thomas Dahlia.  His conference-best time of 1:52.68 came from the heats of the 2015 NCAA championships.  He ultimately finished 11th overall that evening, about a half second off his time from that morning.

Fiala’s time from this evening currently ranks him 3rd in the NCAA, behind only US Open record holder Will Licon of Texas and Alabama’s Anton McKee.  Fiala also sits 5th in 100 breast and 6th in the 200 IM, so he could be looking at making three championship finals for the second straight year.