Bowling Green Improves to 5-0 with Win Over Xavier 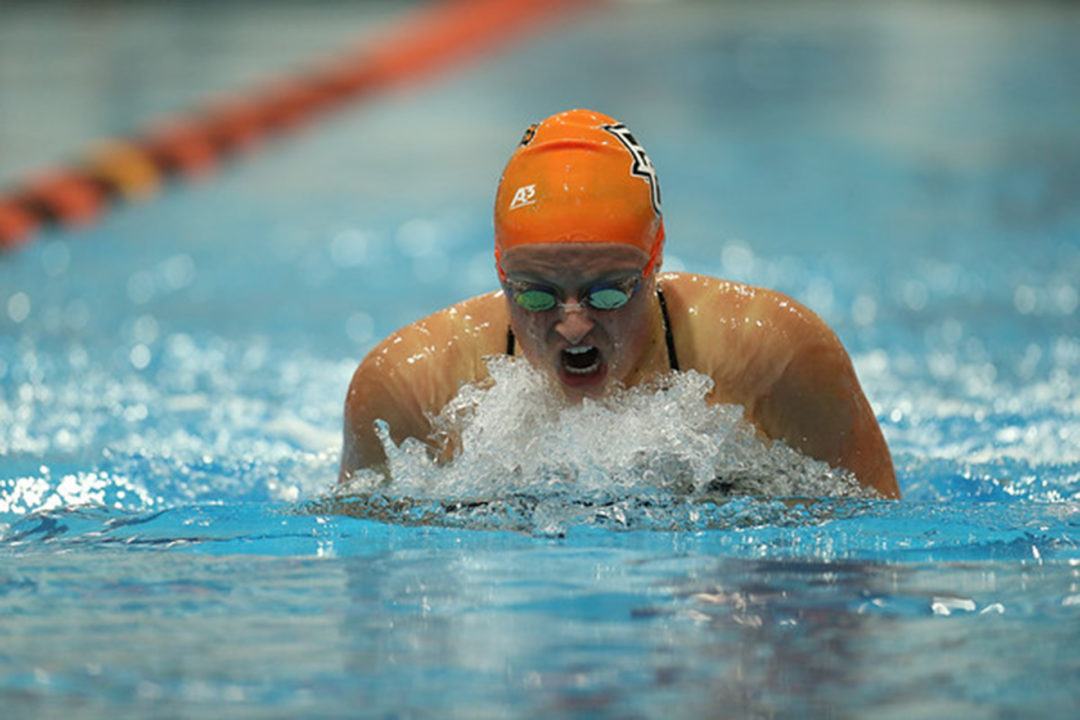 BOWLING GREEN, Ohio — The Bowling Green State University swimming and diving program faced the Xavier Musketeers in a non-conference swim meet on Friday, Nov. 2. Falcon Swimmers finished first in eight of 14 events to win the meet with a score of 133-129. Having won the meet, the Falcons’ overall record improves to 5-0.

COACH PERKINS QUOTE
“Great meet! We are happy to leave here with a win. It was a really fun and exciting meet. The girls fought hard and were able to pull out the victory.”

UP NEXT
Falcons Swimming and Diving will return to Cooper Pool for two dual meets over the upcoming weekend. The Falcons will host Michigan on Nov. 9, and Youngstown State on Nov. 10.

CINCINNATI –  Xavier women’s swimming’s dual meet with Bowling Green came down to final event at O’Connor Sports Center on Friday evening. Trailing narrowly going into the final relay, Xavier needed to claim the top two spots to finish in a tie for second straight meet. Xavier was just .09 second shy of pulling off the draw with the Falcons.

UP NEXT
Xavier’s full squad will be back in action on Saturday, Nov. 3 when the Musketeers travel to Denison with events set to begin at 1:00 p.m.