Bob Bowman on David Popovici: “He reminds me of Michael at a very young age” 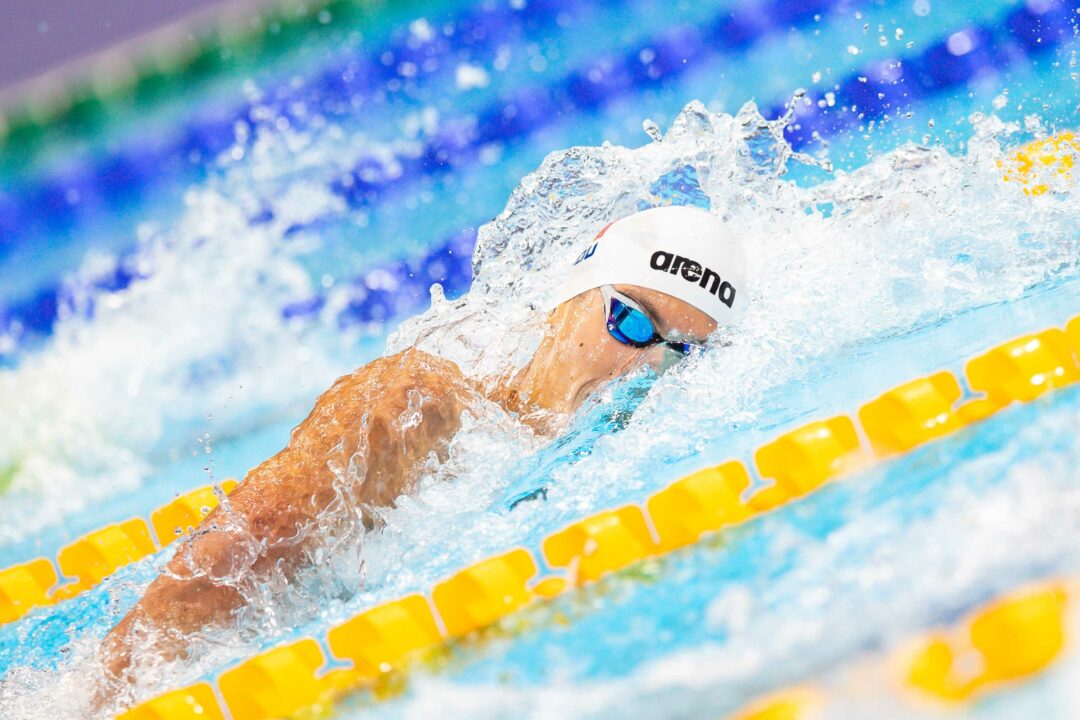 Bowman says "they were built similarly, really skinny, little guys... they're generating speed by reducing drag, right? Which is the best way to do it anyway" Current photo via Jack Spitser/Spitser Photography

After breaking the 13-year-old 100 free world record on Saturday in 46.86, 17-year-old David Popovici made history once again in Rome today. Popovici clocked a 1:42.97 200 free, making him the 3rd fastest man in history and the fastest in a textile suit ever.

Right after the race, SwimSwam spoke with the legendary coach of Michael Phelps, Bob Bowman. Bowman gave his insight into why Popovici is so good, stating that he has “an ability to pace”, which Bowman thinks is vital for having that kind of speed in long course meters. “He knows how to not only go for a race but go for it in a way so that he uses his energy effectively over the entire distance.”

Bowman also mentions that he told Phelps last night at dinner that he thought Popovici would go 1:42 in the 200m free at some point. Bowman says Popovici reminds him of a young Phelps, noting that “they were built similarly, really skinny, little guys… they’re generating speed by reducing drag, right? Which is the best way to do it anyway.”

Swim Swam can you do a technical comparison of Phelps Beijing 200free and Popovicis Rome 200free?

Translation: there is still a lane left in my pro group.

if there wasnt room Bob would make room, Popovic is that sort of rare talent!

Yeah, I think David makes a spot at any training group in the world if he wants to.

But also, why would he? He’s killing it being at home in Romania, and if he wins Olympic gold medals while training there, they might just elect him president.

Popovici in Tokyo last year was where Phelps was at the 2000 Olympics- someone who had the potential to be a generational talent but who wasn’t quite there yet.

Eh, he just broke a world record in the 100 free and put up the fastest textile 200. He’s already a generational talent

I wish you knew how to read.

And now is more like the year after the 2000 Olympics when Phelps broke his first WR in 2 fly and showed exceptional skill in other events.

Didn’t Bob say that about Leon Marchand as well ? I feel like Bob might be seeing Michael everywhere in his aging days haha

how do you not see that Leon and David are the closest to MP that we’ve seen since the Phelps era? Just because he’s saying it twice, doesn’t mean either is wrong

I mean it’s the two guys who are scratching at arguably michael’s most impressive times, I’m not surprised he sees some of michael in both. probably sees michael’s stroke in milak too

He knows a champ when he sees one

And how to develop them to make them faster.

And a super suit

Did you listen to the interview at all?