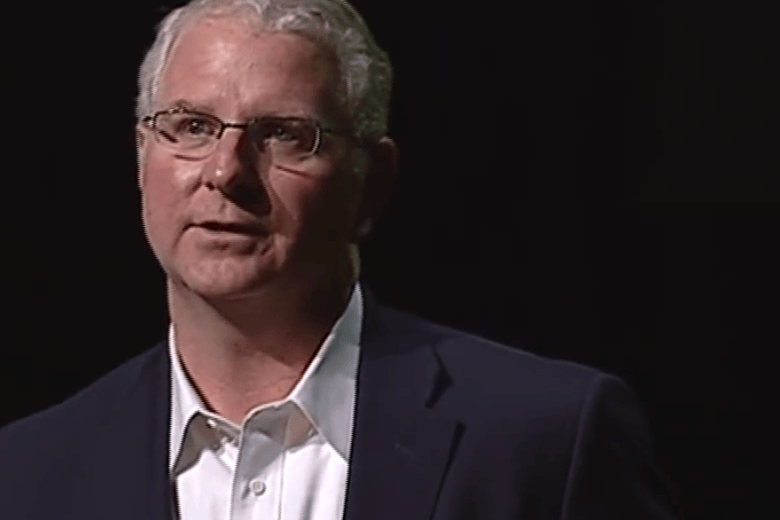 Bob Bowman, coach of the one and only Michael Phelps, will become Head Coach at Arizona State University. Archive photo via (courtesy of gold medal media)

The Arizona Republic has confirmed that Bob Bowman, coach of the greatest Olympian of all time, Michael Phelps, will indeed be announced as Arizona State University’s head swimming coach at a press conference set for noon local time today.

The North Baltimore Aquatic Club (NBAC) CEO/head coach’s name recently emerged as a possible candidate following the firing of previous coach Dorsey Tierney-Walker.  However, Bowman left the prospect fairly wide open when in Mesa for the latest Pro Swim Series, stating “It seems like there is good potential there.  I’ll talk to everybody who contacts me.”

As six-time USA Swimming Coach of the Year, Bowman obviously brings a huge vault of experience to the ASU helm, including the role of U.S. head coach at the 2007, 2009 and 2013 World Championships and has served on every major U.S. National team staff since 2001.

Bowman took a sidestep from his role at NBAC to coach at the University of Michigan from 2005 – 2008, which resulted in Michael Phelps following Bowman and training in Ann Arbor, Michigan in between the Athens and Beijing Olympics.  As such, with Rio on the horizon, it is likely Michael Phelps will once again follow his coach and mentor and set-up camp at ASU as well.

ASU had actually dismantled the men’s swimming program in 2008 due to financial reasons, however, the loyal backing of boosters’ funds were able to kick the program back into gear.  Additionally, ASU, has invested more than $1 million in Mona Plummer Aquatic Center improvements.  (AZ Central)

With a top tier coach arriving on the scene, and quite possibly the 22-Olympic medalist Phelps in tow, ASU seems primed to move forward on a refreshed path in the PAC-12 and NCAA.

So, everyone at NBAC has to relocate?

Bowman doesn’t coach everyone at NBAC. He coaches a small group that will probably love to live in AZ for the next year – especially after the winter Balmore just got hit with.

It seems a fitting situation for Phelps to train for 2016 in Tempe. Rio weather in the summer when the games take place average 105 to 108 degrees. Swimming outdoors for a year will be quite the transition I am sure, but watch out for a more “tanned” Phelps. ASU welcomes Bob and all he has to give to the PAC 12, Tempe and a community of swimmers that will embrace him. Thanks for choosing ASU !!! Go Devils.

I’m with you, PVDH, my first thought is about how this will devastate the athletes at NBAC. I know he doesn’t coach most of them directly, but presumably he supervises their coaches and decides the direction their program is headed.

He does OWN the club and pool, right? Does this mean he’s going to sell them? Is he going to continue to direct the program remotely and make periodic visits?

I guess Pac-12 coaching jobs don’t open up every day and you can’t fault Bowman for doing what he feels is in the best interest of his career.

I’m pretty sure Salo still has ownership/connection/status/something with Irvine Novaquatics. So Bowman could potentially have both.

It will be interesting to see how well Bowman does coaching a whole group (Michigan seemed to be more about postgrads). Salo struggled for a bit before hitting his stride.

On a positive, hopefully this allows Phelps to continue his recovery in the desert.

Lol recovery at the biggest party school in the country, good luck MP

yeah, i’m sure they’ve got keggers at the pool every day……

Bring on the haters

Well this will be interesting…….hope he stays and actually builds a program that is sustainable and not just an avenue for a venue to train for RIO. Congratulations ASU #forkem

bob sucked at michigan and he’ll do it again!

your mom is an expert…

oh come lets be real…how much worse can ASU possibly get?

How many NCAA Programs have you coached to three top 8 finishes?

I’m really confused, so not only does Phelps have to relocate across the country but so do all the NBAC swimmers who were counting on Bowman leading up to Rio? And why take up this position just a year out from Rio? Risky, but then again the spot was open and maybe he was looking to come back into the NCAA?

Phoenix is an ideal place for the final preparation for Rio especially factoring training times to mirror the session times in Rio. Pretty sure the pro group will see that..

I agree…the facilities are much better than what they had at NBAC.

0
0
Reply
personally i would recommend you stay at NBAC

Wow. I hope this is a sign that ASU will realm invest in their program. I don’t give it long to last, though. Recruiting against great academic plus athletic schools in Pac-12 and elsewhere will always be hard for ASU.

I wonder if they will allow Bob to bring back any sort of affiliated USAS program or if he will focus on Michael and the NCAA team only?

It will be very interesting to see how Mr. Bowman integrates or not with the provincial AZ LSC leadership.

Well that was quick

I don’t love this move. I don’t want him focused on NCAA seasons. Focus on your pros. Team USA. He’s got a healthy chunk of our medal hopes with him, now he’s going to spend most of his day working on recruiting and rebuilding and training and athletic department meetings for ASU and ASU athletes… (and I’m not saying that ASU athletes aren’t a concern- they also aren’t going to be getting 100% of their coach, which I also don’t love).

He’s not going to be doing too much recruiting.

1.) He’s Bob Bowman. Regardless of how people think he did at Michigan, he has stellar credentials that will recruit by themselves. The fact that there will be a good amount of Pros following him out there won’t hurt recruiting efforts either.

His main responsibilities will be training and showing up at department meetings. Everything else (recruiting, rebuilding, admin) will be done by his assistants with help from his status as an elite coach.

its not like Troy, Reese, Mckeever, Salo and others cant handle their college program while still having a large number of medalists. why cant bob bowman?

Cuz it wasn’t a great success the first time. I don’t think UM was killing it under Bowman. I think he’s a better fit for club is all.

I didn’t know NBAC was faltering like this! To have Bob need to find another job is kind of a bummer. I knew some pro’s were leaving but I though things were mostly going well there….

Maybe this move will allow him the brief security (before the NCAA tanks) to get back on his feet.

MP will be the key piece in RIO for the USA. His coach was 100% funneled into his and his groups training – now will have to go to meetings, recruit and coach ASU swimmers for like 4 hours a day.

ASU swimmers will now get a coach that spends tons of time coaching the key piece in RIO.

From a US medals perspective will it really matter? Didn’t Phelps swim for Bowman at Michigan prior to the 2008 Olympics and if I recall that worked out OK. As for ASU swimming I agree with some previous sentiments in that I don’t think the program will get any worse under Bowman and will be a good thing for ASU.

I’m happy to be a hater. Regardless of what happens at NBAC, did ASU not consider Bowman’s record at Michigan? No matter what you think of Bowman as a coach in general, he didn’t seem quite calibrated for college swimming. Sounds like ASU will now have a top notch post-grad program… But I would have loved to see someone with a little more college focus. If you’re going to break out the war chest to hire Bowman, why not double down and get someone like David Marsh, who is still a huge name and actually the winningest college swim coach of all (recent) time, rather than being famous for a handful of swimmers at most.

Because Marsh is waiting to get back to Auburn?. It’ll just have to wait til J. Jacobs is gone tho. Pure speculation obviously

In regards to Marsh – I hope you are right. It doesn’t seem as though Jacobs will be gone in the near future though.

If the pros at ASU overlap training times with the college group then that takes away a lot of the time commitment into training Bowman would have to put in.

swimcoach04 – winningest is, in fact, an English word. At least if we put full faith and confidence in Merriam-Webster, dictionary.com, OxfordDictionaries… need I go on?

Beyond that, the beauty of the English language is that its an open source language. If something is the best description of what’s happened, it’s a valid word. In English, the speakers make the dictionary, the dictionaries don’t make the speaker.

If someone had played the “isn’t an English word” game with Shakespeare, well then we probably never would have heard his name.