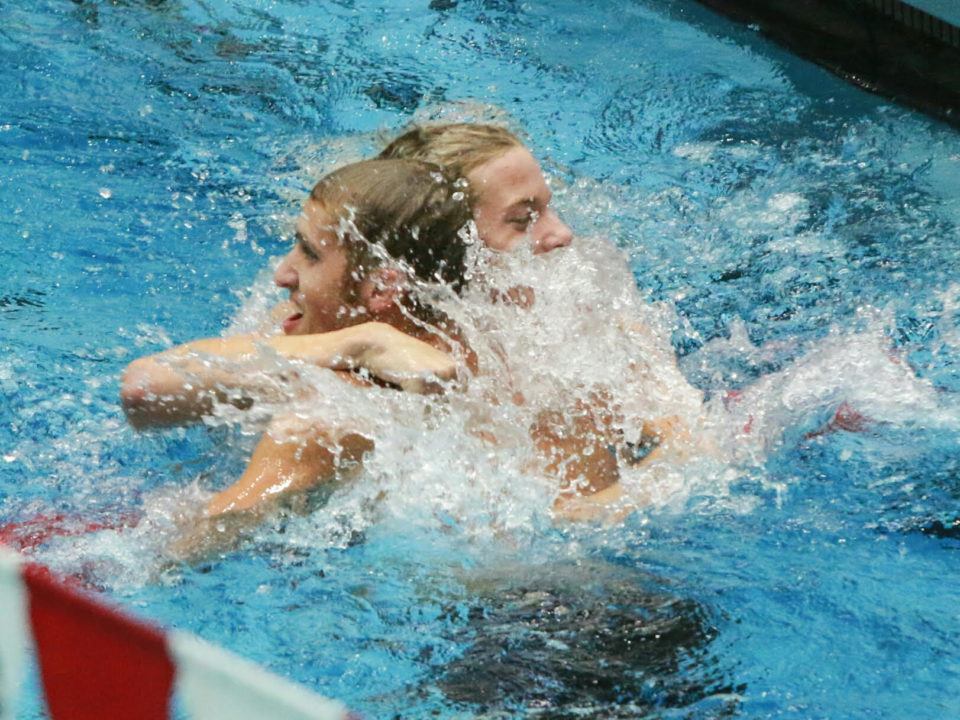 The most memorable of those record-shaking swims was the boys 400 free, where Karl Bishop and Ross Dant tied for the national championship.

The 15-year-old Dant went out faster, but 18-year-old Bishop closed with a fury to sneak in for the tie. It was actually 200 free champion Grant House who led for the first half of the race, before Bishop and Dant made their charges. Both boys went 3:58.90 to tie for gold and come within six tenths of the national record – a 3:58.37 set last year. Bishop competes for Cheshire Community YMCA out of Connecticut while Dant swims for Hickory Foundation YMCA in North Carolina.

The closest record shave came in the girls 50 fly, where Countryside Y’s Megan Sichterman went 27.40 for the win. That’s .13 away from the Becca Weiland’s national record that has stood since 2009.

In the girls 100 breast, Montclair Y’s Charlotte O’Leary went 1:11.58 to win by well over a second and come within three tenths of another 2009 national record, this one held by KC Moss.

And in the girls 50 free, Ky-Lee Perry out of Wilton Y in Connecticut went 25.87 to rattle the national record once more. Katina Konopka set that mark at 25.65 last year.