Beyond the Pancakes: Mizzou will Suit Up for Every Meet Moving Forward 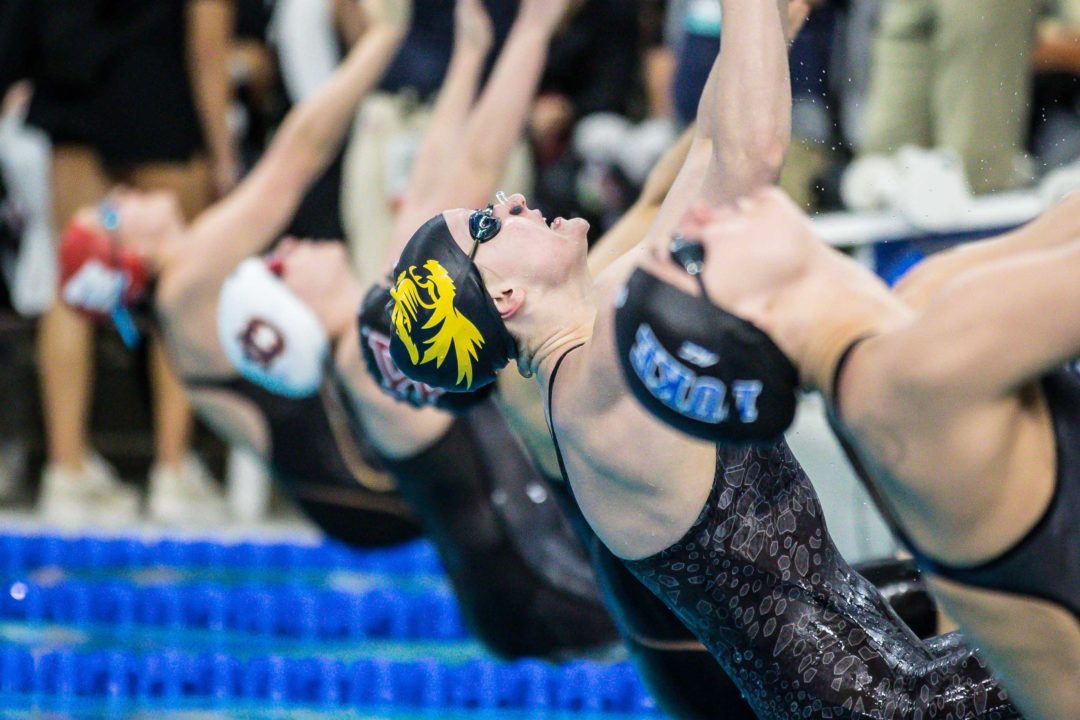 Grevers broke down the 4 pillars of change he will be implementing that he thinks will make Mizzou stand out as a trail blazer among swimming schools. Current photo via Jack Spitser/Spitser Photography

In Practice + Pancakes, SwimSwam takes you across the country and through a practice day in the life of swimming’s best athletes. It breaks down training sessions, sub sets, and what every team is doing to be at their best. But why are they doing things that way? In Beyond the Pancakes, we dive inside the minds of coaches and athletes, getting a first hand look at why they do the things they do, and where their minds are pointed on the compass of evolution as a swimmer.

After seeing 2 of the University of Missouri’s practices (see below if you haven’t), we sat down and talked with hew head coach Andrew Grevers. Grevers broke down the 4 pillars of change he will be implementing that he thinks will make Mizzou stand out as a trail blazer among swimming schools.

If there’s a way to incrementally increase the cost of operating a college swim program — especially a men’s program — by all means, let’s do that. That’ll come in handy in the future when the economy turns and the AD needs to make some hard decisions. /s

I want my swimmers to swim fast, to expect to swim fast and to believe that they are fast. Too often, kids have a blasé attitude about dual meets and then step it up at the last meet of the season.
As a coach, I want these kids to jump the gap and believe that they are elite. This build enthusiasm around training and an expectation of greatness at the season enders. If suiting up creates that excitement, I’m all for it.

A lot of the videos I see show teams having practice in tech suits. Not sure if they is just for the camera or maybe a monthly thing, or just something you do in practice like a kick day. But 10 years ago that was not a thing.

I feel that swimming is the only sport where athletes train or compete in the equipment they intend to use for the highest level competition. I don’t think I’ve heard of runners or any kind of track and field doing that.

Couldn’t imagine a baseball player not practicing or playing with the glove or bat (brand/type) they plan on using I’m the playoffs.

Most swimmers have a drawer of… Read more »

Glad they are wearing suits…wil they also be wearing ties?

7 coaches for 22 athletes. Boy does that sound boring to me as a coach.

With that kind of ratio you’re only limited to your imagination. 7 staff: 7 stations, or 2 dedicated to filming and 5 coaching, or getting more accurate splits during timed sets, 3:1 ratio means more attention given and feedback during sets when they need it. Consistent feedback leads to more productive training sessions and engaged swimmers. Being expected to give consistent feedback means more engaged coaches…

If someone is standing around doing nothing because there are 6 others there, then why are you on deck to begin with?

Sometimes doing nothing is better than being harsh or detrimental.

Bravo. Coaches all the time preach daily about race specificity, yet when it comes time to race, we don’t race specifically the way we will at the end of the year. Why does that make sense? This shouldn’t have any impact on end of the year results, it just means they should be swimming closer to their best times throughout the season. Racing in a suit or no suit, one should suspect about a 3% improvement when it comes time to rest and shave from their PB.

Will be interesting to see if other teams suit up in their dual meets against Mizzou just to balance it.

Well, there’s one team that almost certainly won’t, and they’ll be swimming them in Gainesville at the O’Dome this weekend.

No gators are swimming in Columbia

Thank you. I stand corrected.

The meet is at Missouri

I think this will make swimming faster and more college teams will start doing this, a good bit of teams have already worn tech suits this month.