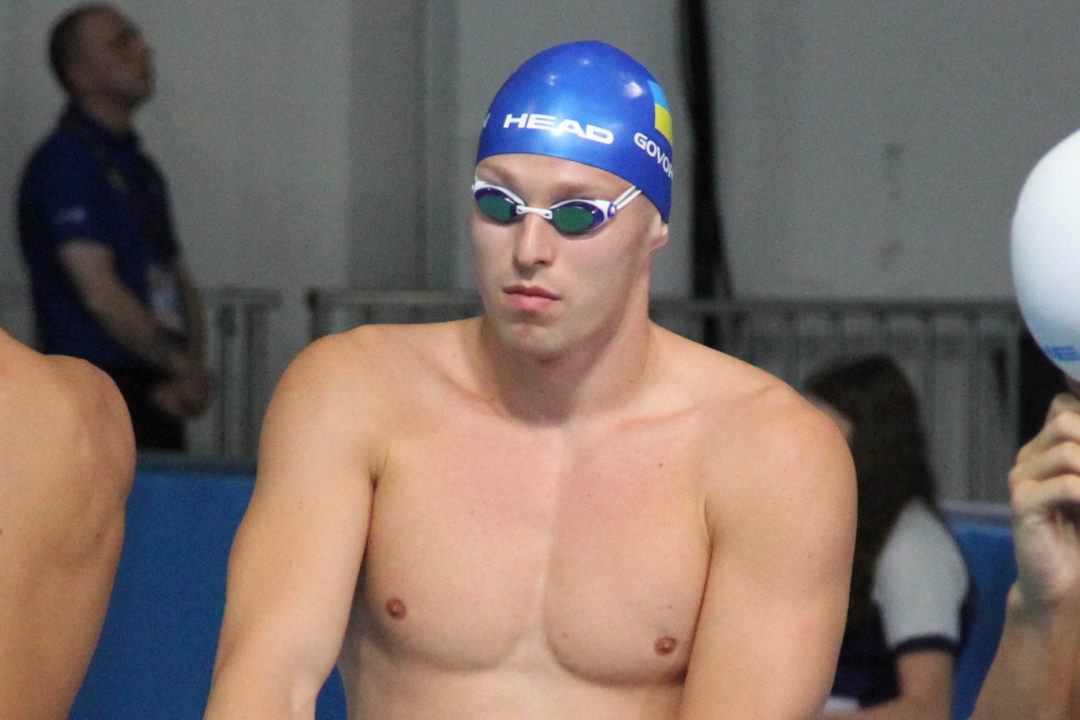 Another active swimmer will juggle a professional sports career with being a brand new dad, in this edition of Beyond the Lane Lines. Archive photo via Giusy Cisale/swimswam.com

“It is an honour to win this award following the year I have had in the pool,’’ said Titmus of her acknowledgement.

24-year-old Olympic champion Kosuke Hagino of Japan was recently honored with a ‘Suit of the Year’ award in Tokyo. Given by the United Arrows company, the awards acknowledge individuals within their respective fields who ‘have unique talent and aim to change the world.’ Hagino in particular won the ‘enlightenment’ award for sports.

Artist David Hockney‘s piece entitled ‘Portrait of an Artist (Pool with Two Figures) earned a record-high amount of $90.3 million this month during an auction at Christie’s New York. After nine minutes of bidding dominated by 2 rival telephone bidders, the British artist’s piece, seen below, courtesy of CNN, beat its estimated pre-sale amount of $80 million.

Per ERC Journal, the 81-year-old British artist painted the work in 1972 after ‘being inspired by the two photographs he found juxtaposed on his studio floor. It depicts a man in a pink jacket looking down at another figure swimming underwater in a swimming pool.’ 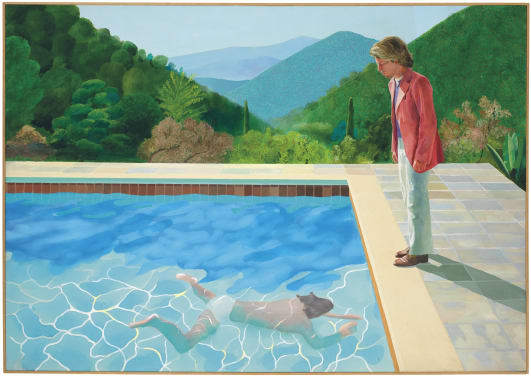 World Record holder Andrii Govorov of Ukraine is a new dad! He and his wife Daria welcomed their son, Andrii Andreevich Govorov, into the world on Saturday, November 17th, with the baby weighing 4.1kg and measuring 51cm. Per Govorov’s Instagram, the 50m fly specialist stated, “Yesterday I became a father! It’s unbelievable feeling when new life is coming into our world!”

#5 – Joseph Schooling Investing Outside the Pool

Off the back of his 2 new Singaporean National Records, Joseph Schooling is working with East Ocean Ventures (EOV) to expand his portfolio outside the pool. Reportedly choosing healthcare and artificial intelligence sectors, Schooling is working directly with EOV founder Nicholas Tan on possible investments in the Chinese market.

That painting pretty much depicts my recurring nightmare: I’m in some tropical paradise relaxing in a resort pool…and out of the blue there is a stroke judge is standing above me.

Shut it down folks. Comment of the year right here.

Breaststroker’s fear back in the days before they legalized the dolphin kick on the turn.

I didn’t even know Govorov is married. Congrats