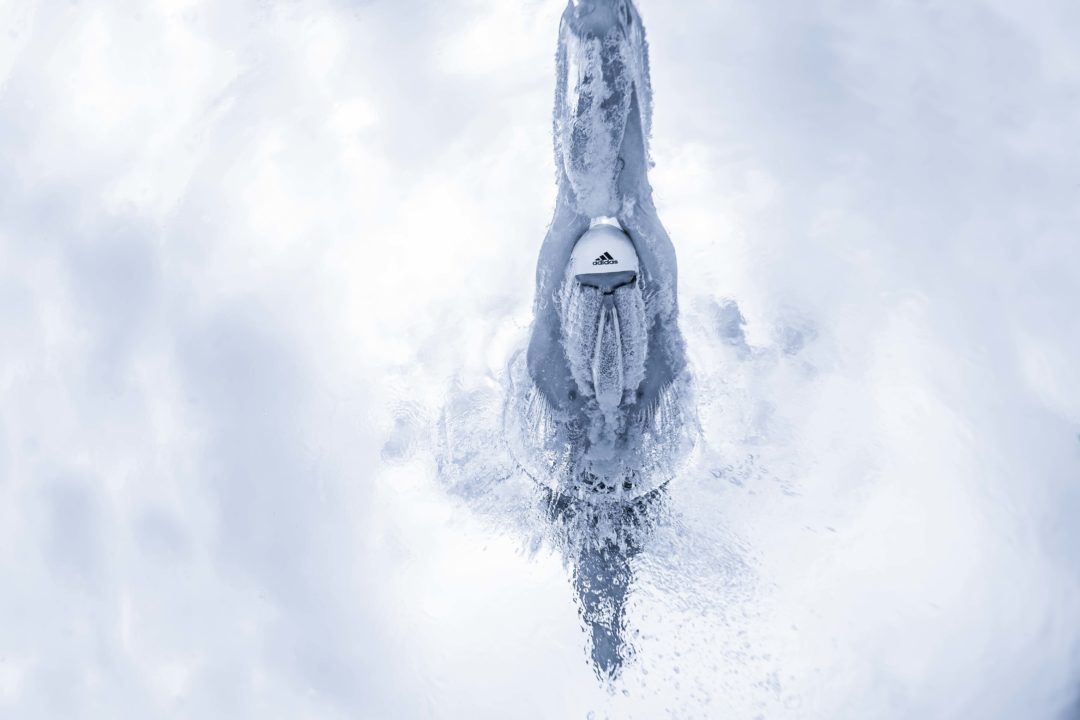 2017 was another exciting year in our sport which led to the creation of some interesting imagery.  Once again, we... Current photo via Mike Lewis/Ola Vista Photography

2017 was another exciting year in our sport which led to the creation of some interesting imagery.  Once again, we did an end of year sit down with swimming photographer Mike Lewis and mined his photo library for our favorite underwater swimming shots from the past year.  Here’s our compilation of the best underwater swimming photos of 2017. This year we’ve included a bit of backstory for each of the images. 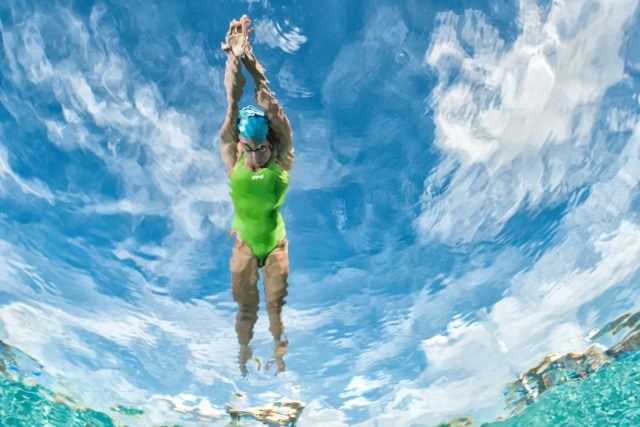 Madisyn Cox, Fullerton, California. It had been mostly cloudy all day during this shoot for Arena USA and we had a vast array of lights to create the look we were after, but we were hoping for some crisp blue skies. Late in the afternoon, the clouds broke and we quickly moved over to the starting blocks to create a dive over shot. An assistant in the water was holding a strobe that was attached to the underwater rig to flash as Madisyn dove in. I’d tap his foot when I was set on the bottom and he’d give the “go” command. (photo: Mike Lewis) 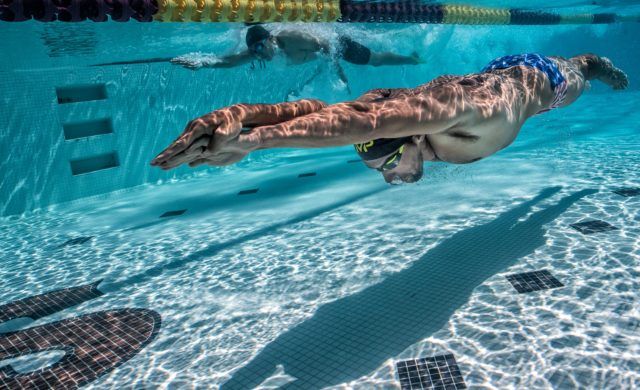 Michael Phelps, Tempe Arizona. After a full morning of shooting a new line of products for MP Swim, Michael jumped back in the water with Alex Doan of Texas. Alex won the MP Swim sweepstakes and had the amazing opportunity to swim with and get coached by Michael. Being able to witness Alex’s joy and excitement was really special. (photo: Mike Lewis) 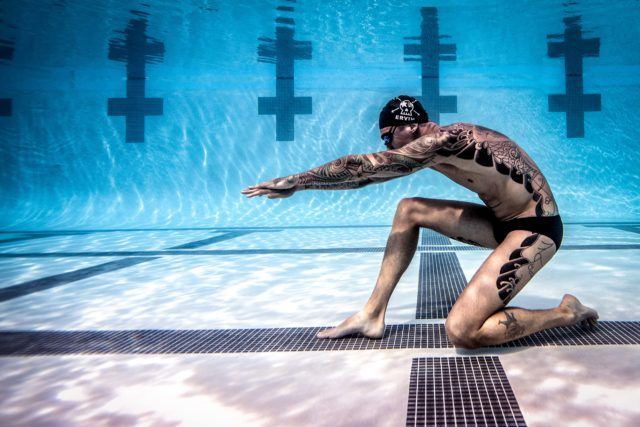 Anthony Ervin, Berkeley, California, Anthony clearly has a special relationship with the water. Each time we’ve worked together, we spend some time talking about the vision for the image, but mostly it’s just letting Anthony’s natural inclination take over. (photo: Mike Lewis) 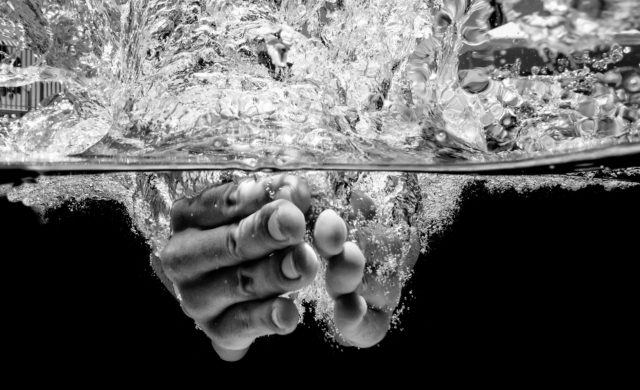 Breaststroke hands, San Diego, California. The goal of this image was to create a photo that captured the explosive power of the breaststroke recovery (photo: Mike Lewis) 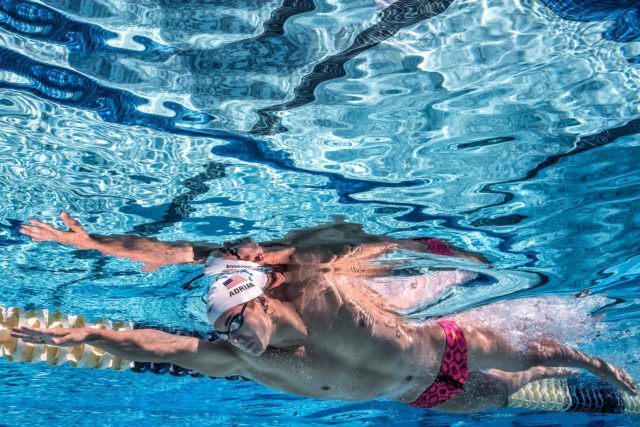 Nathan Adrian, La Jolla, California. Nathan had flown down from the bay area to escape the poor air quality resulting from the devastating fires this past November. I really appreciate Nathan’s (and his coach’s) willingness to let me spend time with him during his workout. It’s times like these, I really try to blend into the environment (lots of holding my breath and kicking hard on the bottom to stay clear of the workout) (photo: Mike Lewis) 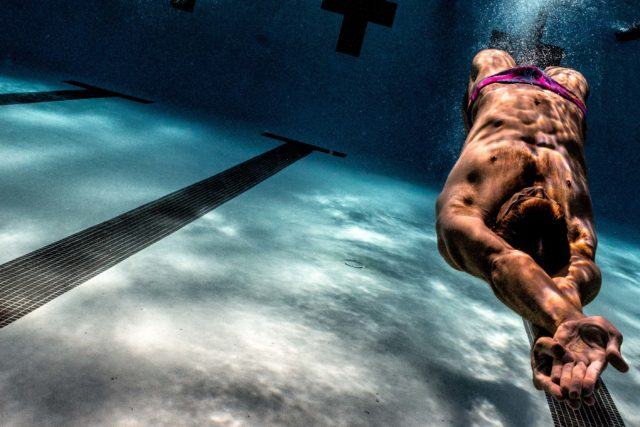 Matt Grevers, Chula Vista, California. This images was made during the USA Swimming National Team training camp in March at Mater Dei High School. The AM sun had just come up over the pool’s equipment room which created some really interesting light. (photo: Mike Lewis) 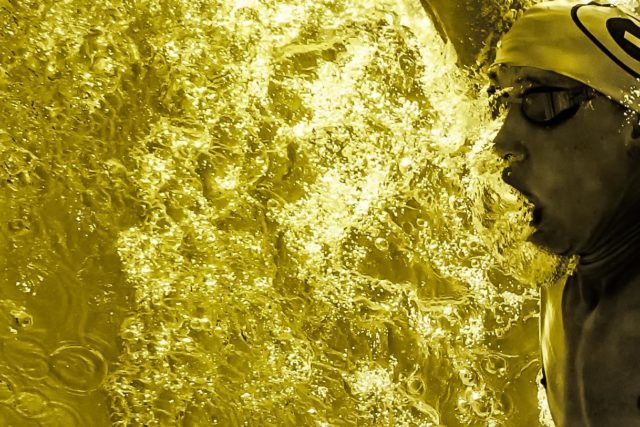 Chase Kalisz, Mesa Arizona. This image was made during the USA Swimming Pro Swim Series stop. The camera was mounted to the bottom and fired remotely with a radio trigger. I hadn’t originally intended on capturing Chase, but it worked out ideally for capturing this breath on the final 50 of the 400 IM (underwater set up was originally planned to capture breakouts off the start of the 50 free) (photo: Mike Lewis) 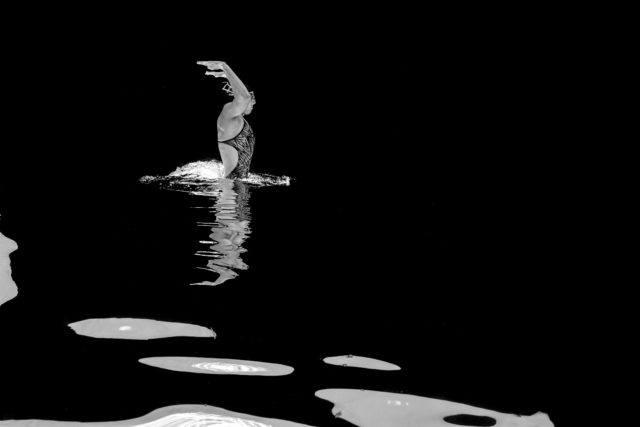 Jeni Griffin, La Jolla, California, Jeni completed her senior year swimming with the Mission Viejo Nadadores and was a synchronized swimmer before moving into competitive swimming. I asked Jeni to execute a few moves to capture the power of the sculling motion. In post-production, I inverted the image to emphasize upward push of the hands (photo: Mike Lewis) 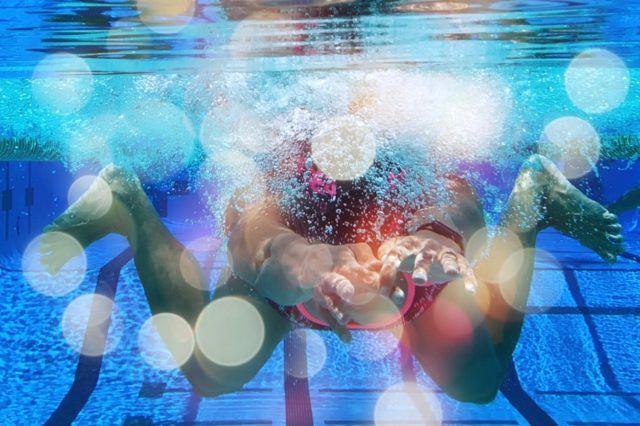 Cynthia Lewis, Coronado, California. This was part of a concept project of images shot on an iPhone. New advances in waterproof housings and water resistant phones allow for testing out new ideas without the complexity of the full underwater housing rigs. (photo: Mike Lewis) 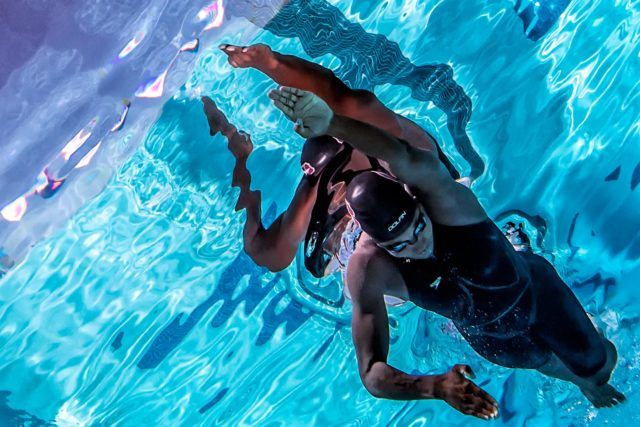 Simone Manuel, Mesa Arizona. There’s a lot of planning and rushing to get the camera set prior to the start of warm up. Typically, I shot like this involves showing up at least an hour before warm ups to set the camera, cable and radio triggers. The camera was set to capture Simone’s first stroke and the reflection before she broke the surface of the water. (photo: Mike Lewis) 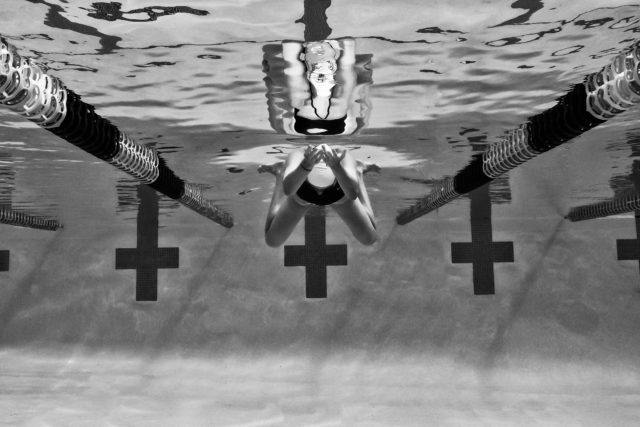 Lilly Parks, La Jolla, California. A lot of the times the most interesting stuff comes between the official “takes”. Lilly is recent UC San Diego graduate and was modeling for StrechCordz product shoot. (photo: Mike Lewis)

Jessica Long, Fullerton, California. Swimming is full of talented and amazing people and Jessica Long is one of the best. Our goal was capturing Jessica’s strength and power underwater. Jessica is one of the most decorated swimmers in history and has competed in 4 Paralympic games. She wrapped up the year with 8 gold medals at the Para world swimming championships in Mexico City. (photo: Mike Lewis) 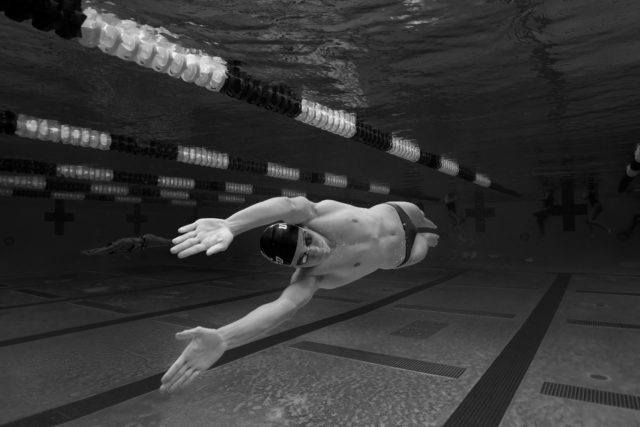 Jack Spitser, U.C. San Diego. With David Marsh in on deck at U.C. San Diego, there’s a new era for their swim program. It was exciting to see the enthusiasm of the Tritons during their early season training. This is sophomore and distance freestyle specialist Jack Spitser breaking toward the service during some underwater training. (photo: Mike Lewis)

The man, the myth, the legend. Mike Lewis. His work speaks for itself.

Stunning shots – love it . Thanks for sharing Mike , u rock the pool with your lenses .