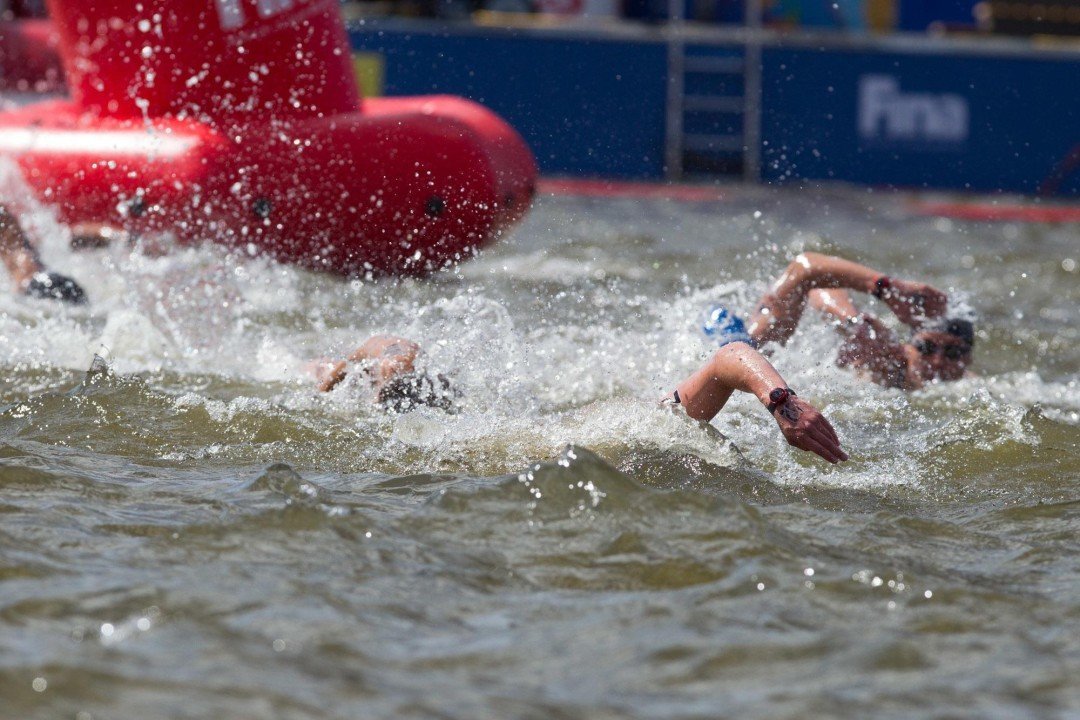 The open water portion of the 2018 Junior Pan Pacific Championships has been cancelled to allow athletes to focus on the World Junior Open Water Championships the following month. Stock photo via Tim Binning/TheSwimPictures.com

The open water portion of the 2018 Junior Pan Pacific Championships has been cancelled to allow athletes to focus on the World Junior Open Water Championships the following month.

USA Swimming confirmed that the open water event has been cancelled, though the pool event will still go on. The 2018 Junior Pan Pacific Championships were set to take place in Fiji from August 23 to August 27, with the only scheduled event on the 27th being the open water competition. With only pool events remaining, the meet should run from the 23rd to the 26th.

The meet is strictly for athletes from Pac Pacific countries who are between 13 and 18 years old as of December 31, 2018. That’s almost identical to the age range for the 2018 FINA World Junior Open Water Swimming Championships, which are for swimmers between 14 and 19.

That meet is scheduled for September 7 through September 9 in Eilat, Israel. That would leave just 11 days between the open water race at Junior Pan Pacs and the Open Water World Junior Championships, and athletes competing in both meets would have to travel through at least a dozen different time zones between the two events.