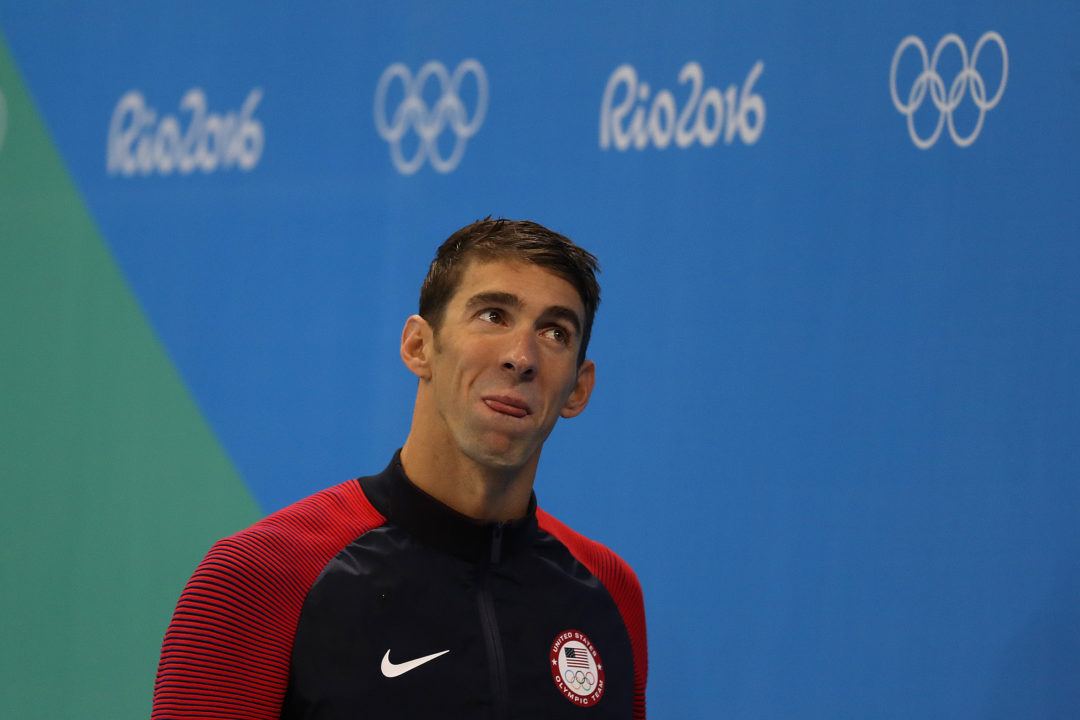 Anyone attending tonight's Raves vs. Panthers exhibition game in Maryland will get an extra treat during a commercial break. Current photo via Photo courtesy of Satiro Sodré/SSPress

Just as in 2008, the Baltimore Ravens NFL football team will be airing one of Michael Phelps’ Olympic races during the squad’s first preseason game.

The Ravens play the Carolina Panthers tonight at their home venue of M&T Bank Stadium, with the game scheduled to kick-off at 7:30pm Eastern. Phelps is estimated to swim in the 200m IM final around 10:01pm Eastern and the race will be broadcast on ‘RavensVision’ during a commercial break for fans at the game.

In tonight’s 200m IM final, American Phelps will be battling fellow teammate Ryan Lochte in the Olympic event in which they’ve both medaled since 2004. For Phelps, if he wins, the accomplishment would mark his being the first swimmer to win a gold in the same event for four Olympic Games in a row. The victory would also bring Phelps the 22nd gold medal of his Olympic career.

Though now living in Tempe, Arizona, Phelps is a Baltimore boy through-and-through. He was born and raised in nearby Towson and is a huge fan of all things Baltimore sports. He calls former Ravens linebacker Ray Lewis a friend and Phelps even took over the team’s Twitter account back in 2013.

Ha! Just fixed that, sorry. I’m a certified swimnerd, but not a football expert. – Retta 🙂

It’s ok, it made me laugh. It’s cool to see swimming played at a football game.

South Carolina Panthers. Must be a new team.

A swimming race broadcast during a football game? I never thought I would see that.

What channel will the game be on (Verizon)?