Arno Kamminga Breaks His Own Dutch Record in the 100 Breaststroke 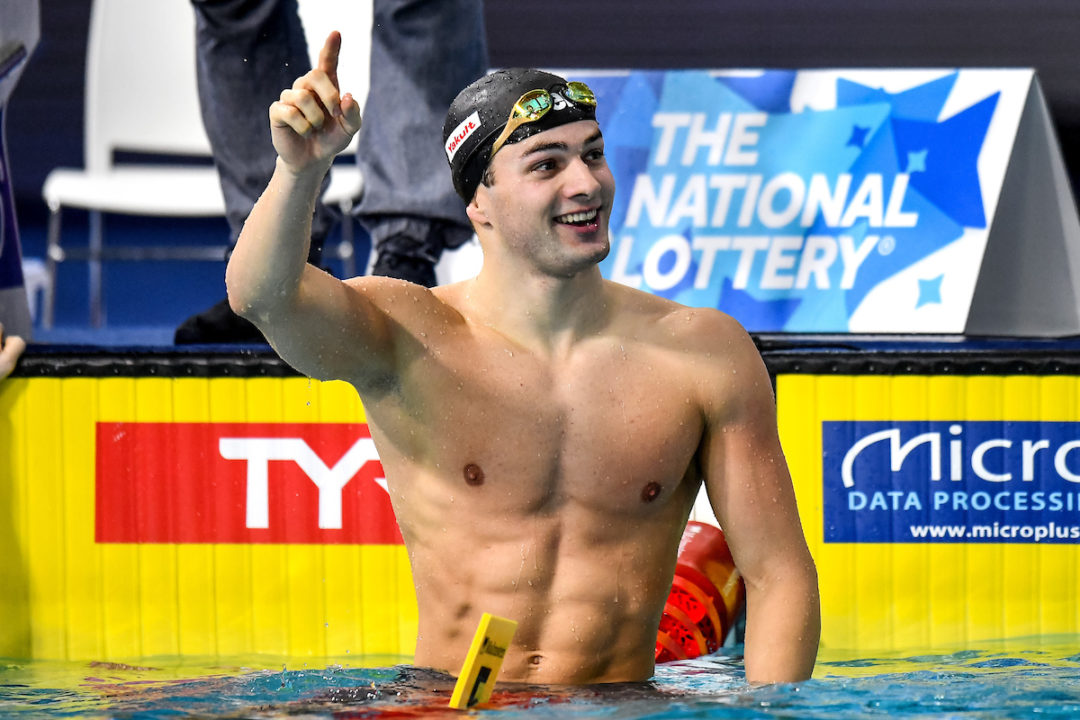 Arno Kamminga has broken the Dutch Record in the men's 100 LCM breaststroke for the 5th time in just over 18 months while racing at the Champions Series. Archive photo via ndrea Staccioli / Deepbluemedia / Insidefoto

24-year old Dutch breaststroker Arno Kamminga continued his electric run of performances over the last 18 months with another Dutch Record in the men’s 100 breaststroke.

Racing on Tuesday on day 1 of the 2020 FINA Champions Series in Shenzhen, Kamminga won the race in 58.61. That breaks his own Dutch Record of 58.65 that he swam on December 14th at the Amsterdam Swim Cup.

China’s Yan Zibei jumped out to the early lead with a 27.54 opening 50, with Kamminga over a half-second back in 28.07. However, Kamminga stormed back in 30.54 to run down Yan and win the race in addition to resetting a National Record.

While only a .04 second drop, that time moves Kamminga up three spots in the all-time rankings in the 100 breaststroke, including jumping Yan Zibei.

Looking how dense results are from #2 to #10 of best performers in the history of this event one can easily come to the conclusion that that is where human limits are. And then, BOOM!!!!… Almost 2.5% ahead Adam Peaty. What is the secret? Where is the answer? Mutant? Or there is some unique technique that nobody can replicate?

For the freestyle events it would be like someone going 45 while the rest of the crowd is stuck at 47 still. Absolute insanity.

Interesting that his first 50 is now 4 tenths slower, looks like a lot of time is gained just because of changing his race strategy.

Is he rested? What do you think can he go this summer?

He has never dropped that much for rest or taper, but he doesn’t really need to at this point. Find a couple tenths and he’s in the medals imo.

It’s hard to say. Given that he’s been 48 3 times in the last 6 weeks, hard to imagine he’s just pulling a taper along for all of that time…