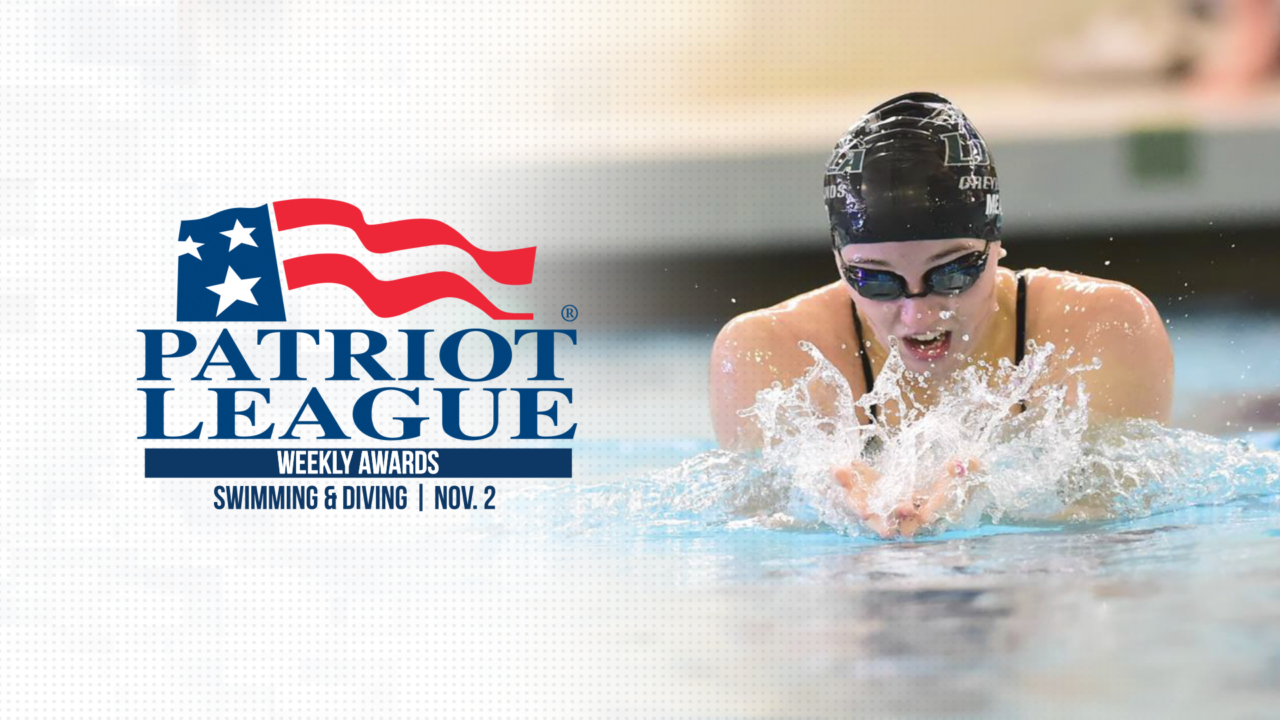 Lily Mead (pictured) contributed to seven event victories for Loyola Maryland over the weekend, including a school record in the 200 backstroke (2:00.48). Current photo via Patriot League

Loyola Maryland sophomore Lily Mead was named Female Swimmer of the Week, while senior Emily Balicanta of Boston University was awarded female diver of the week.

ABOUT THE PATRIOT LEAGUE
The Patriot League is in its fourth decade of academic and athletic achievement, continually demonstrating that student-athletes can excel at both academics and athletics without sacrificing high standards. The Patriot League’s athletic success is achieved while its member institutions remain committed to its founding principle of admitting and graduating student-athletes that are academically representative of their class. Participation in athletics at Patriot League institutions is viewed as an important component of a well-rounded education.