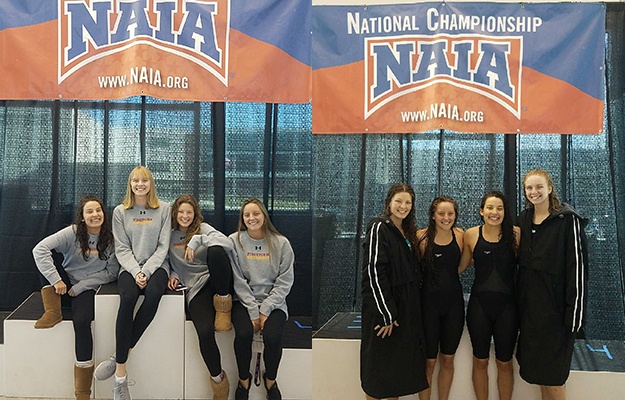 Arizona Christian University in Phoenix, Arizona has announced the addition of a men’s swimming & diving team that will begin competition in the fall of 2019. The program’s first head coach will be Paul Root, who is currently the head coach of the women’s team. Both the Arizona Christian men’s and women’s teams offer scholarships.

The men’s team will join the women in the Pacific Collegiate Swim Conference (PCSC), which includes both NAIA teams like Arizona Christian as well as a number of NCAA teams.

Root was named the first head coach of the women’s program as well in 2016, and in 2018, just their 2nd season in existence, the team made its NAIA National Championship debut. While the team didn’t wind up scoring any points there, they had 4 relay swims and 7 individual swims from a team that listed only 6 athletes: all of whom were freshmen or sophomores.

This season, that roster has grown to 10, including a junior trasnfer, Vikte Labanauskaite, from Missouri State, who was the 3rd-place finisher at the Missouri Valley  Conference Championships in the 100 breaststroke, as well as a conference relay champion. Her best times in the 100 and 200 yard breaststrokes, 200 free, and 500 free all would have won NAIA National Championships last season.

Besides his duties as women’s head coach, Root also serves as the head development coach at the Phoenix Swim Club, and spent 2 years as the head coach at Phoenix Christian High School.

“I am excited to see the team expand!” Root said of his new appointment. “At a time when schools are cutting men’s teams, to have an administration put value on starting one is very special. I think my staff and I will be able to put together a great team that represents the NAIA and Arizona Christian University in a positive way.”

Root has deep ties to the Phoenix swimming community – besides the aforementioned coaching appointments, The Prescott, Arizona native swam at Phoenix’s Grand Canyon University for one season in 2009-2010.

Woo hoo, another team of like five guys. Does this guy not get that there are something like ten new mens teams in the NAIA? Guarantee their new breastroker either a) goes slower or b) transfers to Grand Canyon.