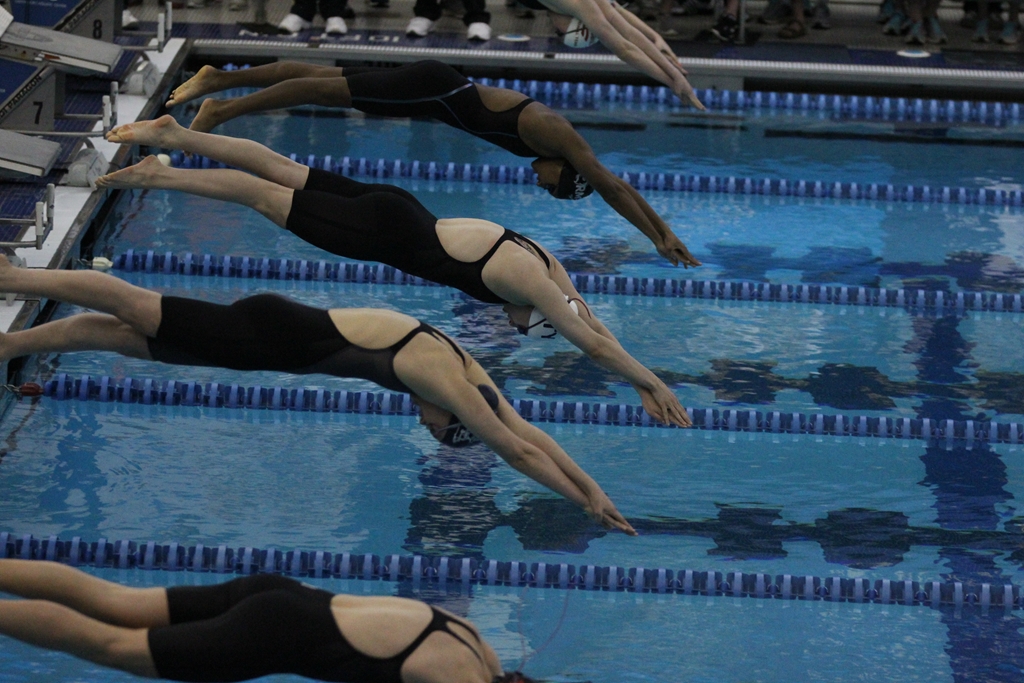 The third night of the YMCA Spring Festival in Greensboro proved to be the most exciting night yet, with several tight races across the board. Although there are no official YMCA National Championships this season, the festival is designed to serve as an unofficial multi-site substitute for the Championships. More information about the festival can be found here.

Spartaquatics Swim Club (YSSC) continued their streak of dominance on the women’s side, sweeping the podium in the 200 butterfly. In the event, Cal commit Annika McEnroe touched first with a winning time of 1:57.73, coming within .3 of her best time. Her teammates, 17-year-old Jenna Bridges and 14-year-old Hayden Penny, finished 2nd and 3rd with times of 2:01.38 and 2:01.94, respectively.

Kirsti McEnroe then won the 100 backstroke with a time of 55.57, touching a half second ahead of the field and .2 off of her best time. Madison Neal narrowly out-touched Makenzy Mills for second place, as the pair finished in 56.11 and 56.17.

FAST’s Jennah Fadely dropped a time of 1:02.63 to claim first overall in the 100 breaststroke, winning the event by a half second ahead of Brianna Cottingham’s time of 1:03.06.

Spartaquatics continued its relay winning streak in the 800 freestyle relay, where the team of Penny, Kirsti McEnroe, Camrynn Wilson, and Bridges finished in 7:25.39, with Penny hitting a split of 1:49.23 on the lead-off leg.

On the men’s side, YMCA of the Triangle Area led the way with multiple victories. In the 200 fly, YOTA’s Ross Noble narrowly out-touched YSST’s Ethan McCosh for the victory with times of 1:50.29 and 1:50.41, respectively. For McCosh, his swim set a new personal best by over a second, while Noble was only .1 off of his best time.

Noble’s teammate Ryan Hardy won the 100 backstroke with a time of 49.63, setting a new personal best by over a second. Hardy’s best time going into the meet was a 51.34, meaning he broke both the :51 and :50 second barriers for the first time.

John Reese Taylor kept YOTA’s winning streak alive by claiming victory in the 100 breaststroke, touching in a time of 55.08. With his performance Taylor slashed over a second off of his best time of 56.38.

The Greensboro Community YMCA snapped YOTA’s streak by winning the 800 freestyle relay. The team of Robert Tars, Johnny Edwards, Dax Harris, and Ethan Womble swam to a time of 6:47.88 for the victory.