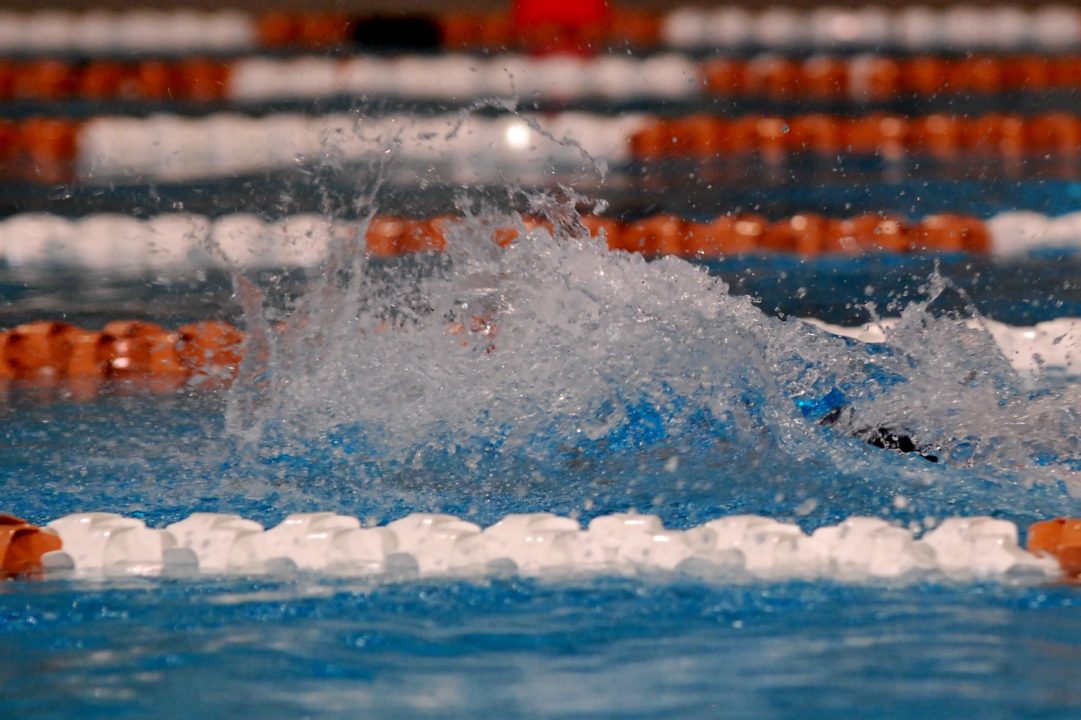 With three teams separated by 5 points and one event left, Anacortes won the final relay to pick up the 2A boys team title. Stock photo via Janna Schulze/SwimSwam.com

A great weekend of high school swimming in Washington saw two state races come down to the final relay with multiple teams in contention. It happened in the big-school class 4A (read that story here), and also in the small-school 2A division.

In 2A, three teams headed in to the final relay with a claim on the state title. Sehome High led at 191, with Anacortes and Archbishop Murphy tied for second at 186, essentially meaning the winner of the final relay would win the meet.

Archbishop Murphy took the early lead on a 48.41 leadoff split from senior Austin Barnard, but Anacortes struck back with a 49.25 split from Michael Laws to take the lead at the halfway point.

Suddenly, Sehome charged back into the hunt with a 47.94 from freshman Zach Shenkin, putting them just .05 back of Anacortes with only the anchors left to swim.

Anacortes anchor Danny Schleh just barely edged Sehome’s Isaiah Grambo in splits, 48.06 to 48.08. But Archbishiop Murphy, who had fallen out of the race during the third leg, surged back with the best anchor by far, Stephen Boden‘s 46.32.

Ultimately, though, Boden’s heroics fell just short, as his crew finished third in 3:17.76. Just ahead, Anacortes touched out Sehome 3:16.14 to 3:16.21 for both the event title and the overall team trophy.

That undid relay wins by both of the other two programs. Sehome won the 200 free relay in 1:28.55 with a team of Josh Larson, Joseph Adams, Shenkin and Grambo. Grambo was 21.39 anchoring as the team just missed the 2A meet record by .05 seconds.

Archbishop Murphy, meanwhile, won the 200 medley relay to open the meet. Barnard, Boden, Tony Mikhail and Bryce Lewis-Smith went 1:39.92 to win by about a second.