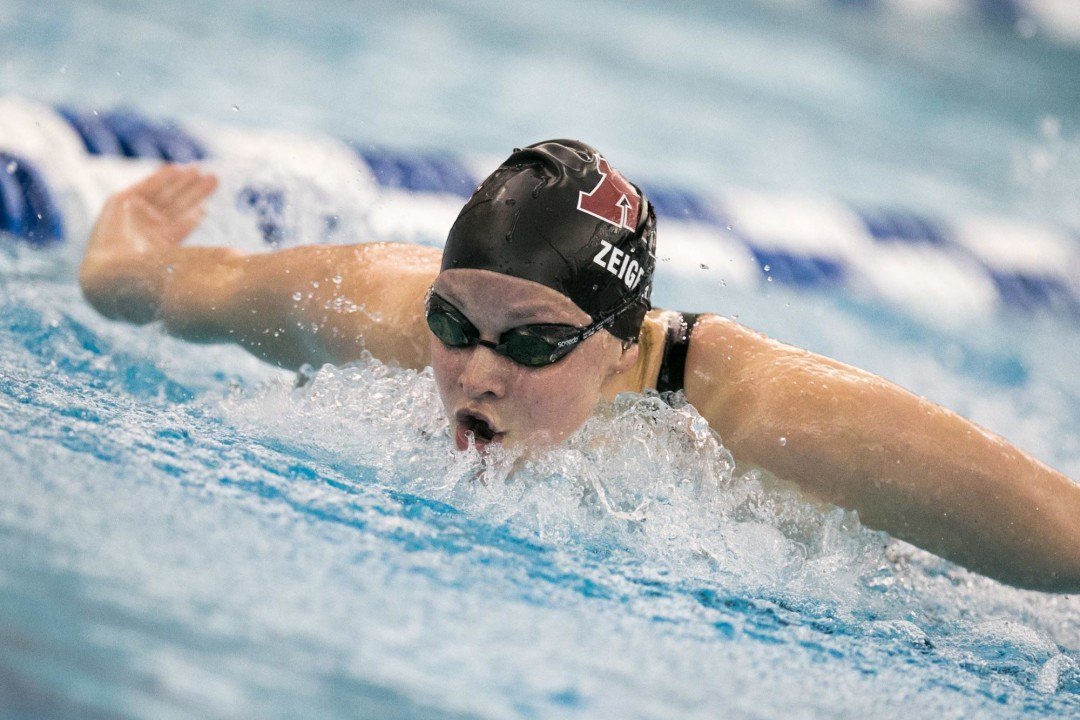 Four-time University of Minnesota All-American junior Brooke Zeiger has been auspiciously absent from the IM and distance races at this week’s Big Ten Championships. The Minnesota School Record holder in the 200 and 400 IM is absent as a result of a “medical issue” that had “impeded her training,” according to a Minnesota spokesperson. “She was not ready to compete at Big Tens. She has been in the pool but we’re not sure when she’ll be back in racing.”

Zeiger scored 74 individual points at the 2016 Big Ten Championships for the Gophers, placing 2nd in the 400 IM, 6th in the 500 free, and 8th in the 1650 free. She also picked up 26 individual points at the NCAA Championships last year – more than a third of the team’s total scoring. That included a high point of 6th in the 400 IM – her second-straight season of finishing 6th at NCAAs in that race.

Even with big diving points from Yu Zhou and the return from an Olympic redshirt of NCAA Champion Kierra Smith, Zeiger’s absence has left a hole for the Gophers. They currently sit 4th after 2 days of scoring competition, though it’s a tight battle – they’re only 32 points behind Indiana. With 2 diving events and 2 days’ worth of swimming finals still to come, the meet is wide open. Encouraging for the Gophers: they had 100 points on the 1-meter, which is 52 more than Indiana scored, 70 more than Michigan scored, and 85.5 more than Wisconsin scored).

I think you meant something like “conspicuously” instead of “auspiciously.” Poor girl, hope she bounces back!