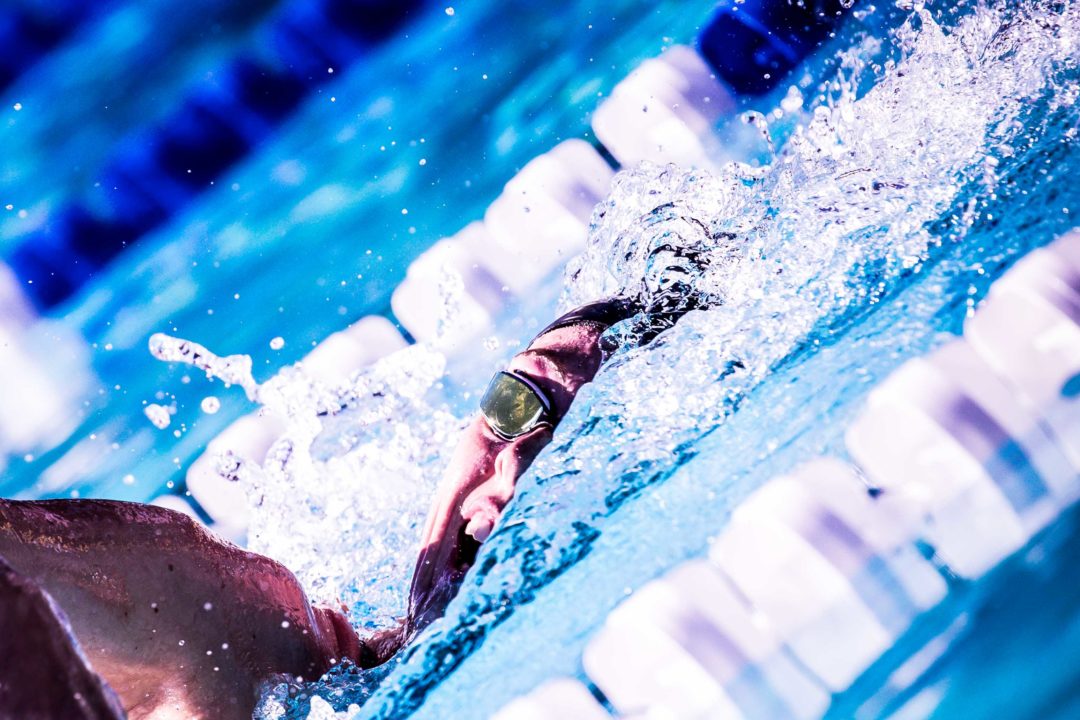 Schmitt's time of 1:56.01 represented her fastest in-season performance in this event since 2012, which led up to her Olympic gold medal performance. Current photo via Jack Spitser/Spitser Photography

Veteran Allison Schmitt continues to round into form as she aims for her fourth US Olympic team, posting a 1:56.01 to win the 200 free tonight at the Knoxville stop of the Pro Swim Series.

Schmitt finished well over a second faster ahead of the rest of the field, which was led by Simone Manuel’s 1:57.25. More importantly than the victory tonight is the fact that Schmitt’s time represented her fastest in-season performance in this event since 2012. That January she went 1:55.83 at the Austin Grand Pix (precursor of the Pro Swim Series), before throwing down a 1:55.04 at the TXLA Elite Invite, just three weeks out from Olympic Trials. Of course, from there, Schmitt went on a run that culminated in her winning the 200 free in London in 1:53.61, a mark that still stands as the 2nd-fastest time ever.

In the roughly eight years since then, Schmitt has been instrumental in helping open up the discussion about depression in swimming, and has her ups and downs performance-wise, as but still stands as the one of the top contenders for the one of the individual spots in the 200 free heading into this summer’s Olympic Trials.

While Katie Ledecky has routinely dipped under the 1:56 mark in-season over the past few years, no other US woman has been faster than Schmitt’s 1:56.01 in-season this quad. Not only that, but Schmitt’s fastest time at any meet, in-season or championship, this quad, is a 1:55.82, only two-tenths faster than her time tonight. That 1:55.82 ranks Schmitt #2 overall among US women this quad, behind only Ledecky’s 1:54.56 from the 2018 Santa Clara PSS.

After the race, Schmitt told NBC “wish I could say I was tapered, would make it feel a lot easier,” but that she’s happy that she’s “getting better every time I jump in the water and swim in finals.” While we still have nearly six months until Omaha, and we know that the Olympic Trials are full of surprises, Schmitt continues to look like a very strong candidate to make her fourth Olympic Team.

Sometimes it’s not the athlete, but the person who amazes you. What a story of perseverance, determination and strength of character. So deserved, massive congratulations to Allison Schmitt and everybody who helped her along the way.

Who would downvote Allison? She is universally appreciated. If you know her on any level, you like her. Not cool.

I have a feeling it might be something similar that used to happen to Bobo where his comments, no matter what, started getting lots of random downvotes. I believe people can set up automated downvotes and things to regular commenters, but I’m not techny enough to actually know for sure.

Robots or not, who cares about downvotes? It’s been a long time I don’t care anymore.