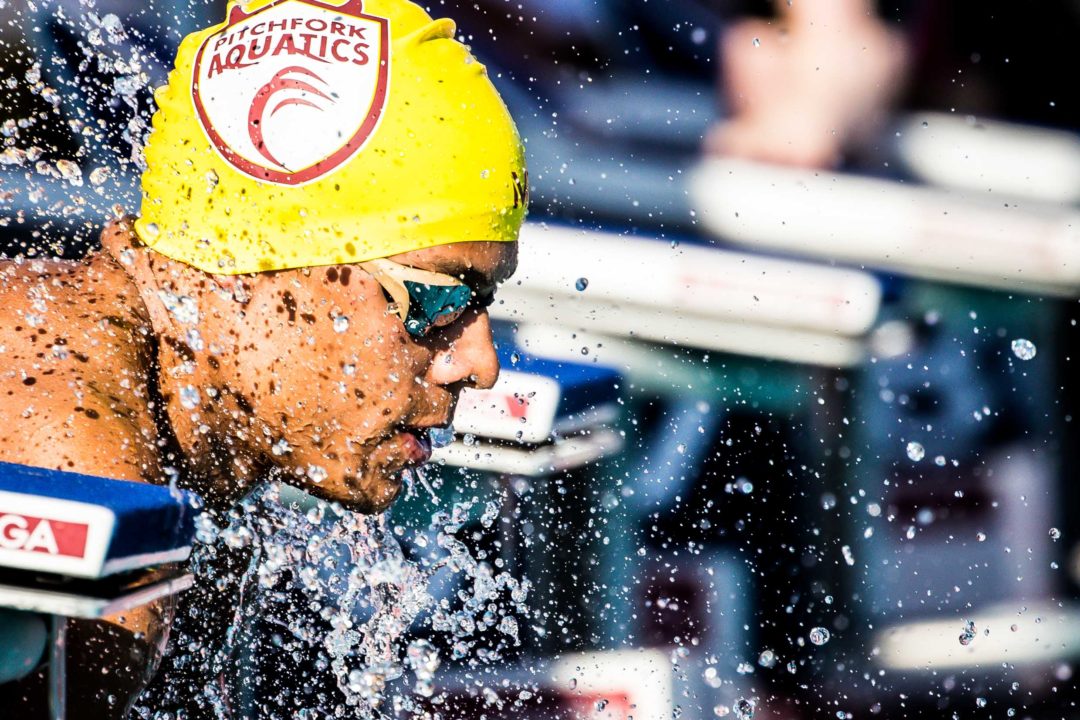 After breaking the Puerto Rican Record in prelims of the 400 IM, Jarod Arroyo took more than a second off in finals to finish 2nd in Knoxville. Archive photo via Jack Spitser/Spitser Photography

Jarod Arroyo has broken his own Puerto Rican Record in the 400 IM for the 2nd time on Friday, but still came up short of the FINA “A” time standard in the event.

Arroyo’s finals swim was very measured through 300 meters – in fact, at the 300, he was half a second slower than he was in prelims through the breaststroke leg. But a 58.82 split on the freestyle leg more-than-made-up that pace and gave him the record. He finished 2nd behind only American Kieran Smith (4:16.36)

With that swim, Arroyo creeps closer to the FINA “A” cut of 4:15.84. That “A” time is more of a symbolic mark than anything for Arroyo – it’s unlikely that anybody else in Puerto Rico will beat his time – for a country to send 2 swimmers in an event to the Olympics, both need “A” cuts – and being so close, he’ll likely rank high enough internationally to be among the invited “B” cuts.

Puerto Rico sent only 1 swimmer to the 2016 Olympic Games: Vanessa Garcia, who finished 22nd in the women’s 50 free.

Arroyo is currently on a deferral year, pushing off enrollment at Arizona State for a year to train for the Olympic Games.

I noticed Arroyo was swimming with a chain on, anyone know the reason behind that?