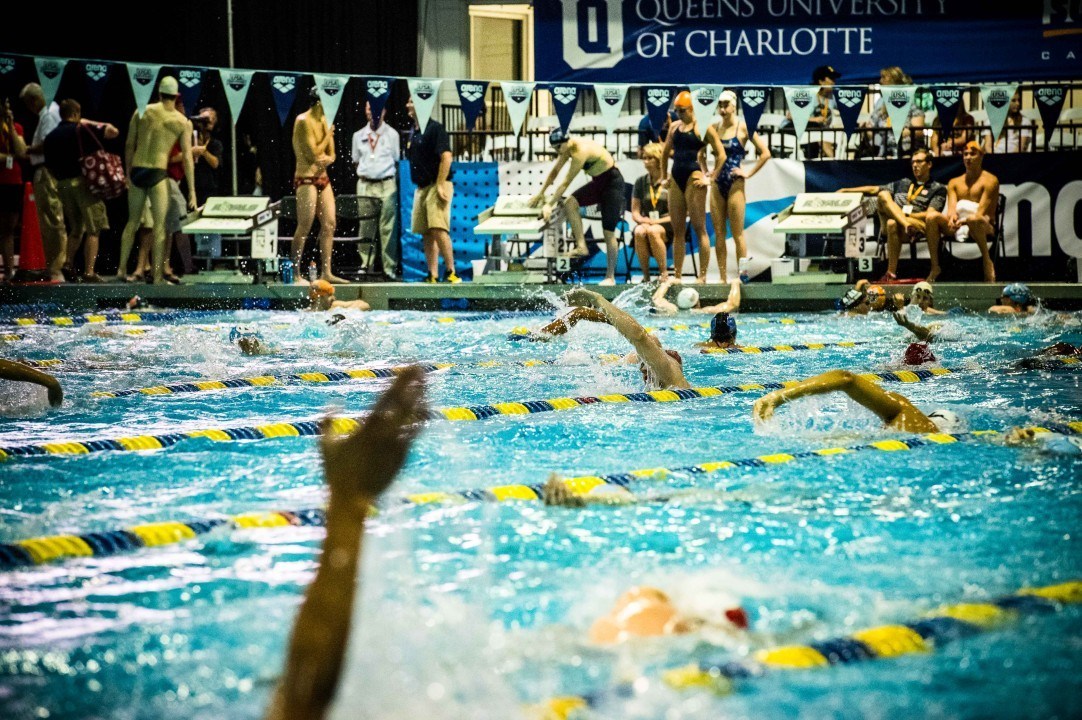 Aldan Johnston of the Lakeside Seahawks in Kentucky has tied a National Age Group Record in the 200 long course... Stock photo via Mike Lewis/Ola Vista Photography

Aldan Johnston of the Lakeside Seahawks in Kentucky has tied a National Age Group Record in the 200 long course meter freestyle.

He swam a 1:53.31 on Saturday in the C-Final of the NCSA Junior National Championships in Indianapolis, which ties him with Trey Freeman as the fastest 13-14 in American history in that event.

The swim placed him 18th overall in the event.

Freeman and Johnston swim their races rather differently – Johnston take his swim out to a much quicker start, and was 1.3 seconds ahead of record pace after 100 meters.

He held steady on the third 50, before giving a lot of that back on the closing 50. That has as much to do with how well Freeman closed his race, as Johnston’s splitting followed the typical 200 free pattern from junior swimmers.

Johnston ages up at the end of the long course season.

Before Freeman broke it earlier this year, the record belonged to current Stanford All-American Tom Kremer in 1:53.52.

After the record-breaking swim, Freeman would congratulate his new partner-in-record via Twitter:

A full recap of Thursday’s finals will come at the conclusion of the session.

We must also look at Zachary Hils in the next days. I remember he was in 1.55 last year at 13. He could break the record.