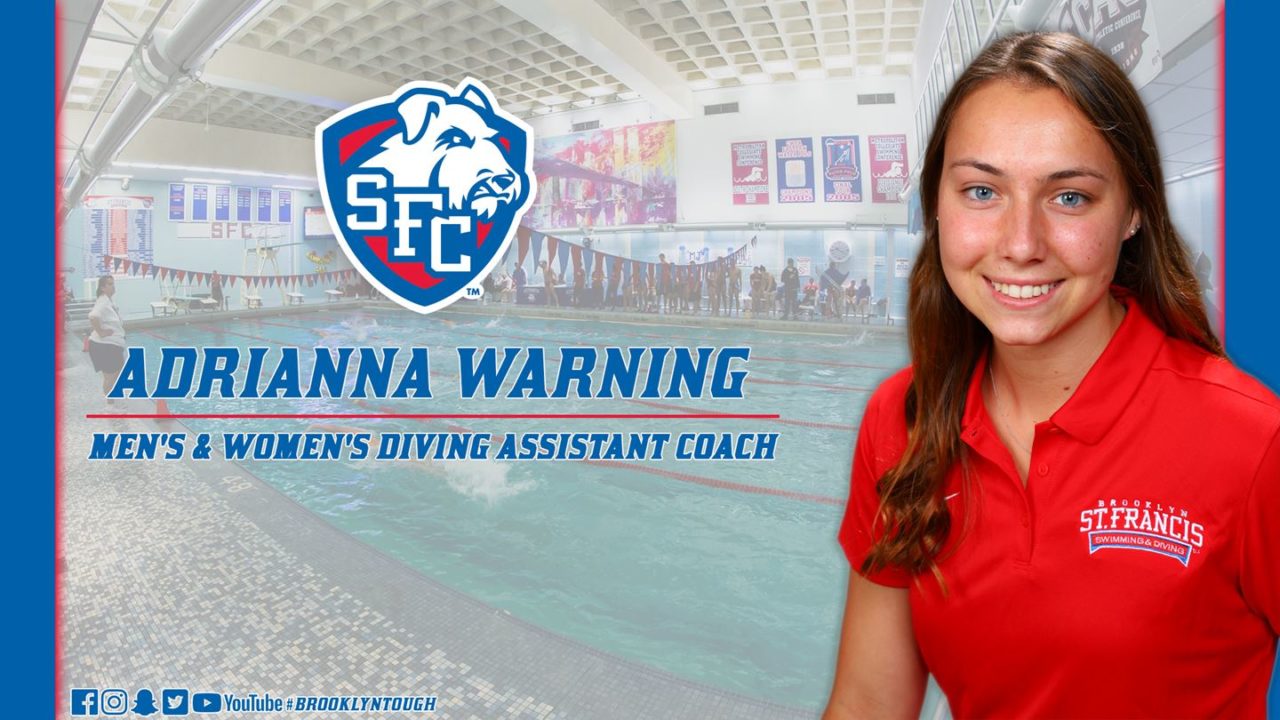 “We are excited to add Adrianna to the staff. She has been a champion diver at every level she has competed. She has a strong background in gymnastics and diving, and this will be an asset. We look forward to a successful season and to establish a strong diving presence in the NEC,” noted Guidera on the hiring of Warning.

Warning is no stranger to the Northeast Conference (NEC) as she recently graduated from Wagner in the Spring of 2019 with her Bachelor’s degree in Business Administration. Warning was a two-year standout on the Seahawks swimming & diving team and became the first diver from Wagner to ever qualify for the NCAA Zone Meet as a senior.

At the 2019 NEC Championship, she earned the Outstanding Diver of the Meet award after tallying a score of 271.35 in the 3-meter finals to claim her first NEC title. Additionally, she won silver in the 1-meter dive to wrap up an impressive showing at the conference meet.

As a junior in 2017-18, she took second-place in the 3-meter diving competition at the NEC Championship with 252.80 points. She was named Wagner Student-Athlete of the Month after setting a school record in the 3-meter diving event with a score of 256.50 points at the Iona Quad, en route to earning NEC Diver of the Week honors.

Before Wagner, she Warning attended Indian River State College where she received her AA in Business Administration. She was a two-year member of the swimming & diving program at Indian River State and was an NJCAA All-American Scholar and two-time NJCAA Diver of the Year.