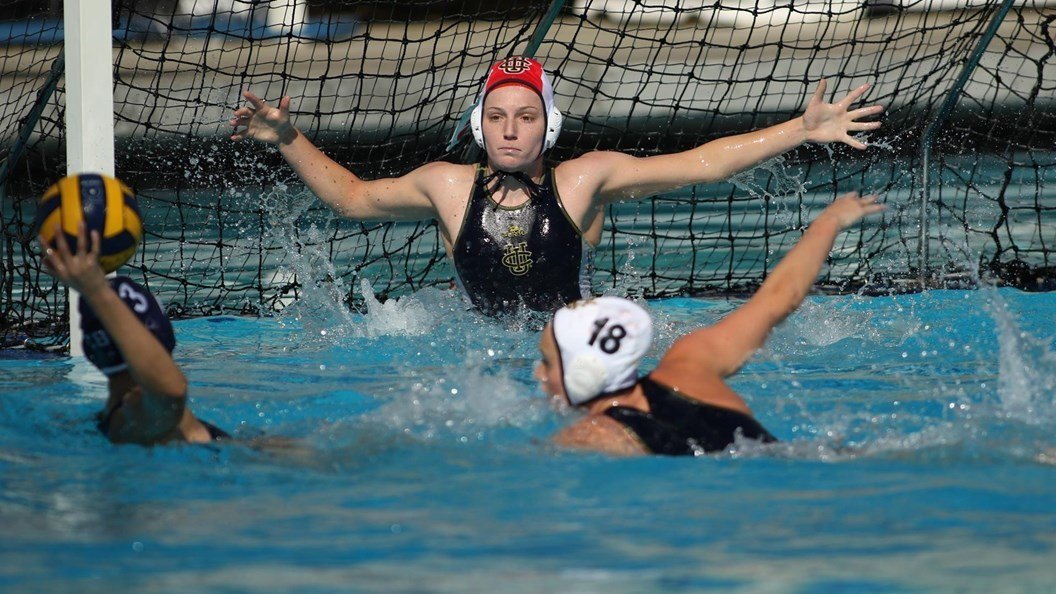 The Barbara Kalbus Invitational is one of the most prestigious tournaments in the country, featuring 16 teams that are all ranked in the top 25, including the top 10 teams in the nation. Current photo via UC Irvine Athletics, Glen Feingerts

The Italians won the big game against Olympiacos with ease, while Ortigia forced Jug into a real battle but the Croatians prevailed at the end.

Marist picked up six first-place votes and 48 total points to claim the top spot in the poll.

The top sides will face off each other in the second ‘bubble’ tournaments, staged again in Ostia (ITA) and in Budapest (HUN).

UCI will entertain No. 10 Pacific in its first game Friday at 4:15 p.m. at the Anteater Aquatics Complex. The Anteaters will play either No. 2 Stanford or No. 21 CSUN at 10:30 a.m. Saturday at a site to be determined based on results.

NATION’S BEST CONVENE IN IRVINE
The Barbara Kalbus Invitational is one of the most prestigious tournaments in the country, featuring 16 teams that are all ranked in the top 25, including the top 10 teams in the nation.

TOURNAMENT CENTRAL
The Tournament Central pages features all of the information fans need to follow this weekend’s action. Schedule, rosters, ticket information, results and live stats links can all be found in this location.

REMEMBERING BARBARA
The tournament was renamed in 2017 to honor Barbara Kalbus, an influential figure in not only UCI water polo, but USA water polo as well.

Kalbus was a 1993 inductee into the USA Water Polo Hall of Fame, serving as a longtime manager for the Men’s Senior National Team as well as holding a variety of leadership positions within USA Water Polo, including the title of President from 1980-1984.

At UC Irvine, she served as the desk manager for both the men’s and women’s teams for over 30 years.

In 2010, the Barbara Kalbus Distinguished Volunteer Award was established by USA Water Polo, recognizing those in the sport that have gone above and beyond in volunteer service to the sport.

VERSUS THE TIGERS
> UCI is 22-6 all-time against Pacific
> The Anteaters and Tigers met twice last season with UOP winning on both occasions by scores of 12-11 OT (Feb. 25) and 12-9 (April 8)
> UOP beat UCI in the seventh place game at last season’s Barbara Kalbus Invitational
> The Tigers are 2-3 on the season, most recently dropping an 11-15 decision to Cal
> Viktoria Szmodics leads UOP with 11 goals and eight assists

LAST TIME OUT
> UCI went 2-1 last week with wins over No. 20 Indiana (12-6) and Whittier (22-6)
> The Anteaters dropped an overtime decision to No. 3 UCLA, 13-10. It was the third time the two teams have met this season as the Bruins have won on all occasions
> Mary Brooks led the ‘Eaters with eight goals over the two games she played in
> Brooks had a game-high five goals against UCLA including four in the last nine minutes of regulation that tied the game, 10-10, and sent it to overtime
> Piper Smith tallied seven goals, scoring four against Indiana and three against Whittier

FALL ROUNDUP
Head Coach Dan Klatt – “We set up our Fall as best as we can. We hosted two Fall invitationals and those allow us to get more people looks. China is physical, they’re professional players so it’s a great advantage for us.”

The Anteaters grew even more in their fall tournaments which each included the Chinese National Team as well as their international exemption match last weekend.

SENIOR STATEMENT
The 2019 season is the return of Mary Brooks who utilized her red-shirt season in 2018. Brooks’ scoring presence where she’s scored over 50 goals in each of her last competitive seasons was missed last season as the ‘Eaters’ depth-laden roster produced a high scorer of 41 goals.

Coach Klatt has his eye on more than just her athletic abilities. “Team comradery is very strong, they look out for each other in both ways – picking players up in rough times and keeping everyone grounded. I equate a lot of that to Mary’s senior leadership. She’s a fifth-year, but has had a consistent work ethic all the way through and everyone here has gotten a chance to see that and its well-respected both her work ethic and what she has to say.”

Brooks brings two Big West Player of the Year awards, a Freshman of the Year award, and a conference tournament record number of goals from the 2017 competition which included a six-goal game making her the only player in program history with two such games. Brooks is also within shouting distance of the program’s career scoring record standing 67 goals away from the current leader, Jessy Cardey, one goal higher than her season-high she set in 2017.

RIDING THE WAVE
Surrounding Brooks is a roster full of depth, talent, and, despite just three seniors, a healthy amount of experience.

“Last years’ experience provided was valuable for everyone. Newcomers got to see what postseason play was like, the intensity of a conference tournament or NCAA matches.”

That postseason experience led to an underdog victory at the Big West Tournament and into a pressure-packed NCAA Tournament appearance led by Tara Prentice‘s 41 goals in her sophomore season. Big West Freshman of the Year Isabel Rack is also trending up after scoring 25 goals, and a class of sophomores along with her that combined for 53 goals in their first Anteater seasons.

The incoming class of freshmen is not as large as it was a year ago, but the impact in the pool will be just as strong led by the five-meter potential from Piper Smith and more attacking pieces ready to jump into the mix in Rylee Williams, Jessica Lynch, and Ariana Bockstahler.

The goalkeeper position is also a fierce competition between senior Jenna Phreaner and second-year talent Morgan Jones. The veteran cage presence of Phreaner took over in 2018 with a 4.06 goals-against-average and 187 saves. Jones proved her worth holding her own against the likes of USC, UCLA, and Cal. Phreaner and Jones each had impressive double-digit save performances with eight and three, respectively, with high games of 16 from Phreaner (vs. Hartwick) and 15 from Jones (vs. USC)