#6 Recruit in Class of 2022 Sebastien Sergile Commits to Virginia 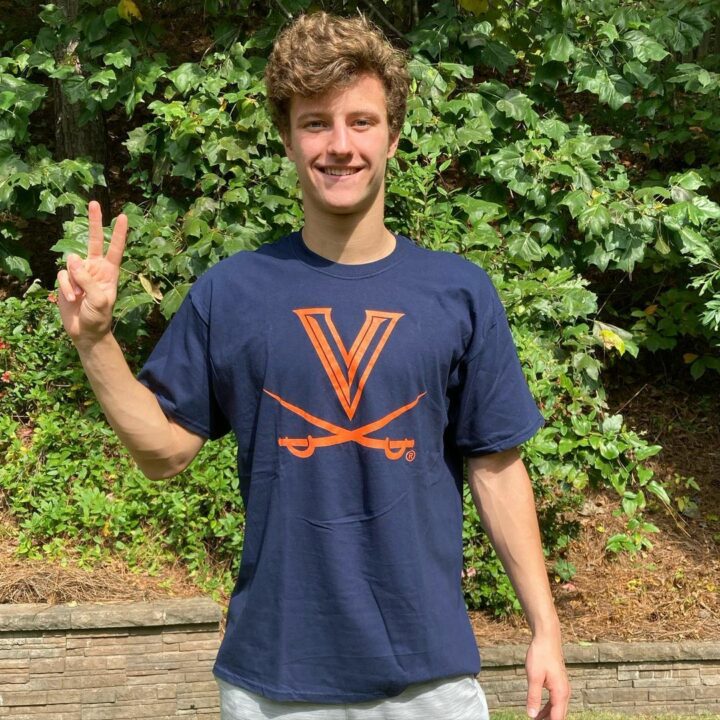 Sebastien Sergile, a Georgia High School State Champion, is the second top 20 recruit for the Cavaliers in the high school class of 2022.

High school senior Olivia Yoo of the Grosse Pointe Gators will join a young and talented Pitt butterfly group in the fall of 2022.

Sebastien Sergile from SwimAtlanta has verbally committed to swim for the University of Virginia. Sergile was the top remaining uncommitted boy in the high school senior class and is ranked as the #6 recruit overall in the class of 2022.

His big short course drops were followed by long course drops as well. He was 1:56.88 in the summer of 2019 in the 200 free, for example, and after no official long course meets in 2020, he improved to 1:52.36 at the Speedo Summer Championships – East site in August. That placed him 7th.

Sergile raced the 200 fly at Wave 1 of the US Olympic Trials, where he placed 3rd in finals to miss advancing to Wave 2 by one spot.

Sergile is the second member of the class of 2022 top 20 to announce a commitment to Virginia, joining backstroke and distance freestyler Braeden Haughey. That class also includes Kamal Muhammad, who is reclassified from the class of 2021 but would be a top 10 commit in the class of 2022. It’s a small class for the Cavaliers, with only 2 graduating seniors, but it’s a class that should make an immediate impact at the national level.

The Cavalier women are the defending NCAA Champions, and while the mens’ team hasn’t had the same breakthrough toward dominance, they are slowly climbing the national rankings as well. They finished 9th at the 2021 NCAA Championship meet, which was their best finish since placing 8th at the 2011 championship.

Sergile is also a three-time member of the USA Swimming Scholastic All-America team.

Sebastien’s father Alain represented Haiti at the 1996 Summer Olympics, where he finished 56th.

Wow! Congratulations to you and the next 4 years

The flow is strong with this one, check out the bowl of lettuce on top of that kid’s head. Looking good and best of luck at UVA!