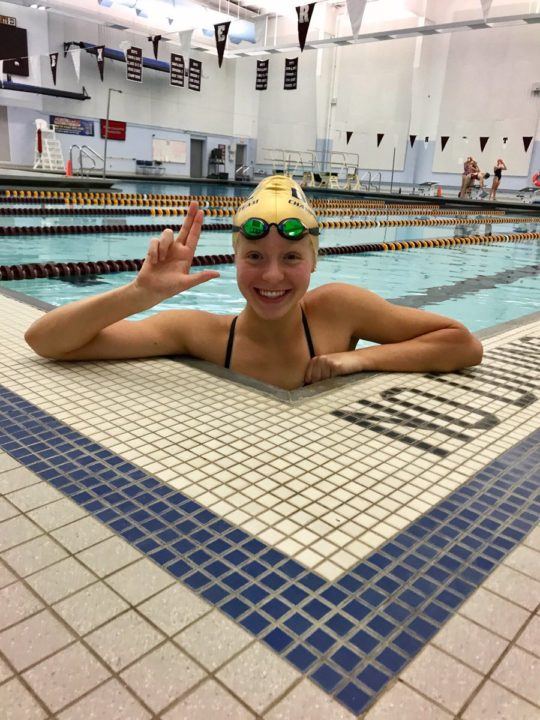 Schultz is the 2x defending Michigan Division II champion in both the 100 free and 200 free, having won both races in 2015 as a sophomore and then again in 2016 as a junior.

With her best times, Schultz would’ve scored in C finals in the 200 free and 200 back at the 2017 ACC Championships. Her strengths address a lineup hole for Louisville, which has struggled to build a deep backstroke group and mid-distance free group of late. For example, Louisville only had 2 scorers in the 100 back and 2 in the 200 back at ACCs last season, while Mallory Comerford was the only ACC 800 relay split faster than 1:46 (though she was very fast herself at 1:41.12).

Schultz will get a year of training alongside Comerford, a year with backstroker Alina Kendzior, and three seasons with current freshman backstroker Ashlyn Schoof.

She joins Kelly Tichenor and Alena Kraus in Louisville‘s class of 2022.

If you have a commitment to report, please send an email with a photo (landscape, or horizontal, looks best) and a quote to[email protected]