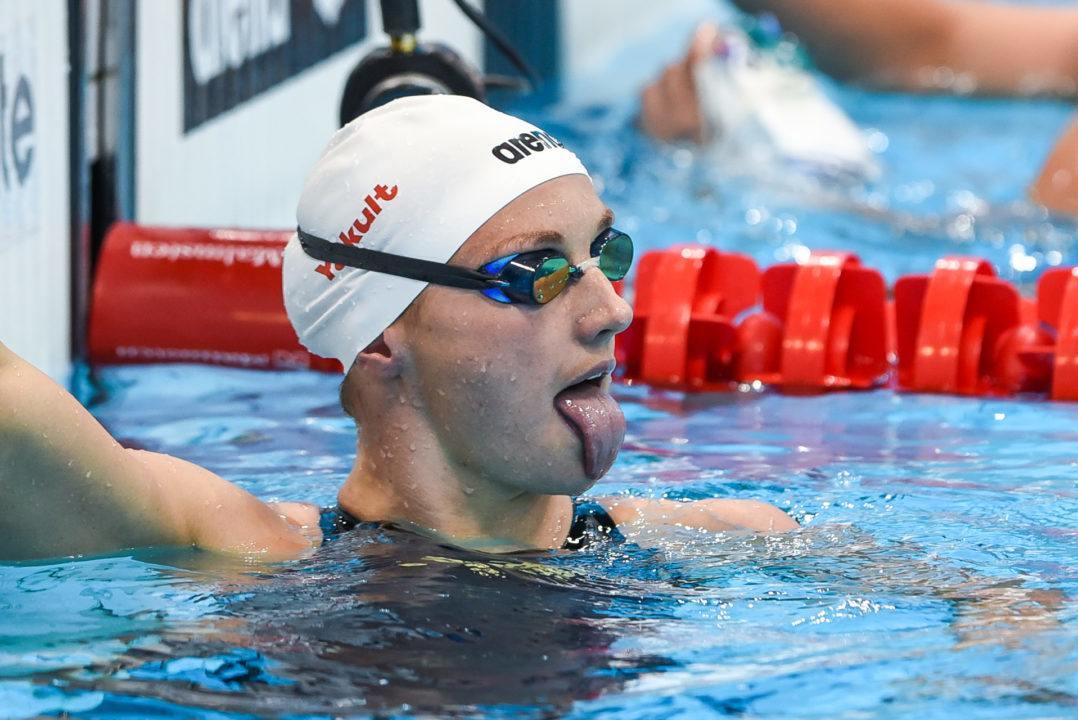 Hungary, home of Katinka Hosszu, is one of three nations holding 2 golds to its credit after the 2nd night of the 2016 European Championships. Current photo via Peter Sukenik/www.petersukenik.com

With the help of Adam Peaty, both individually and as a vital member of the mixed 400 medley relay, the nation of Great Britain reaped 2 golds on the night. That moves them into first place, tied with Hungary, who also has a total of 2 golds. Both of those items of treasure belong to Katinka Hosszu, courtesy of her 400 IM victory from last night as well as her 200 backstroke to prize tonight.

France’s Camille Lacourt nabbed a gold for his nation by taking the men’s 100m backstroke, adding to the 1 gold the squad earned last night in the men’s 400 freestye relay.  That makes it 2 overall for France as well, although those are the only 2 podium finishes thus far.

It’s still very early in the competition, so we’ll look for things to shift as the championships progress.