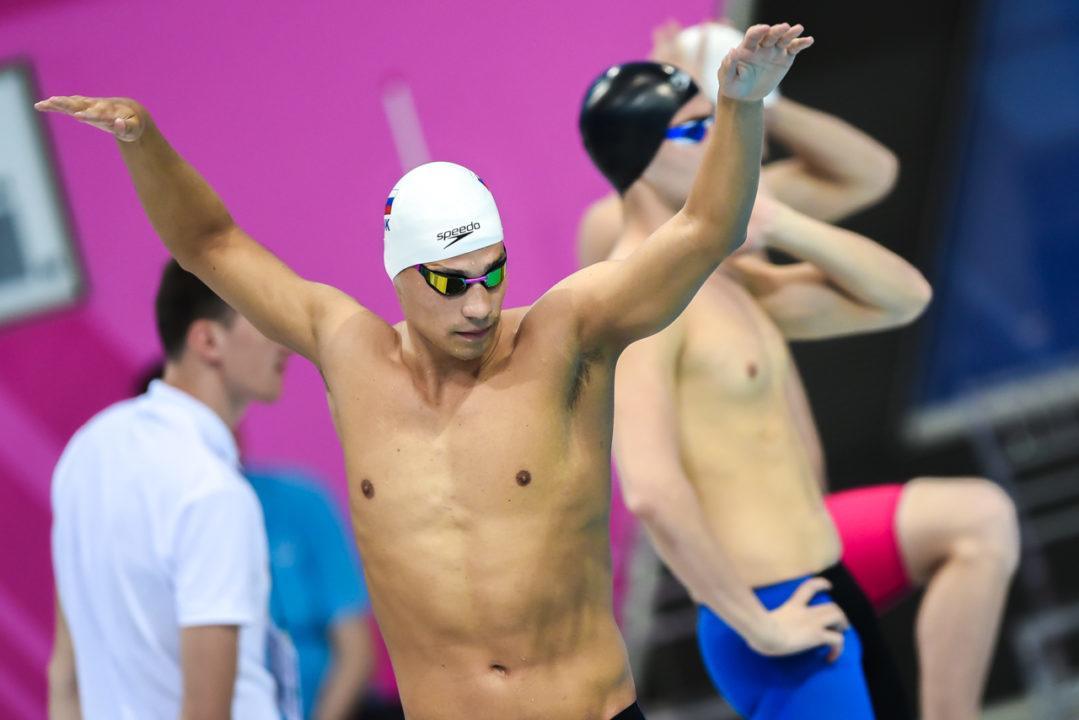 Richard Nagy won Slovakia's only medal of the 2016 European Championships with a silver medal in the 400 IM and a new national record. Archive photo via Peter Sukenik/www.petersukenik.com

On the final day of the European Championships Richard Nagy of Slovakia won his country’s only medal of the championship with a silver in the 400 IM, breaking his own national record in both the prelims and the final.

Nagy’s record stood at 4:16.37 from the 2015 World Championships before today, where he went 4:15.79 in the morning to qualify comfortably 3rd overall. He dropped it down even more in the final, clocking 4:14.16 to win the silver medal.

Here’s a look at Nagy’s splits from his three separate record breaking swims:

Nagy was very similar to his splits from Kazan on all legs other than the breaststroke, where he took off significant time in both prelims and finals. In prelims he improved his Kazan split of 1:14.17 by over a second down to 1:12.78, and then dropped it by 0.75 in finals down to 1:12.03. In 6th after the backstroke, Nagy’s breaststroke leg moved him into 2nd place and he ultimately stayed there with a solid 57.84 freestyle leg.

Nagy’s silver is the highest ever finish for a Slovak male at the LC European Championships and is their second ever medal. The first belonged to Lubos Krizko, who won bronze in the 50 back at the 2008 Championships in Eindhoven.

Top seeded David Verraszto won gold in the race, his second straight title and fourth straight medal in the event at the European Championships. Verraszto triumphed in 4:13.15, and Italian Federico Turrini won bronze in 4:14.74.