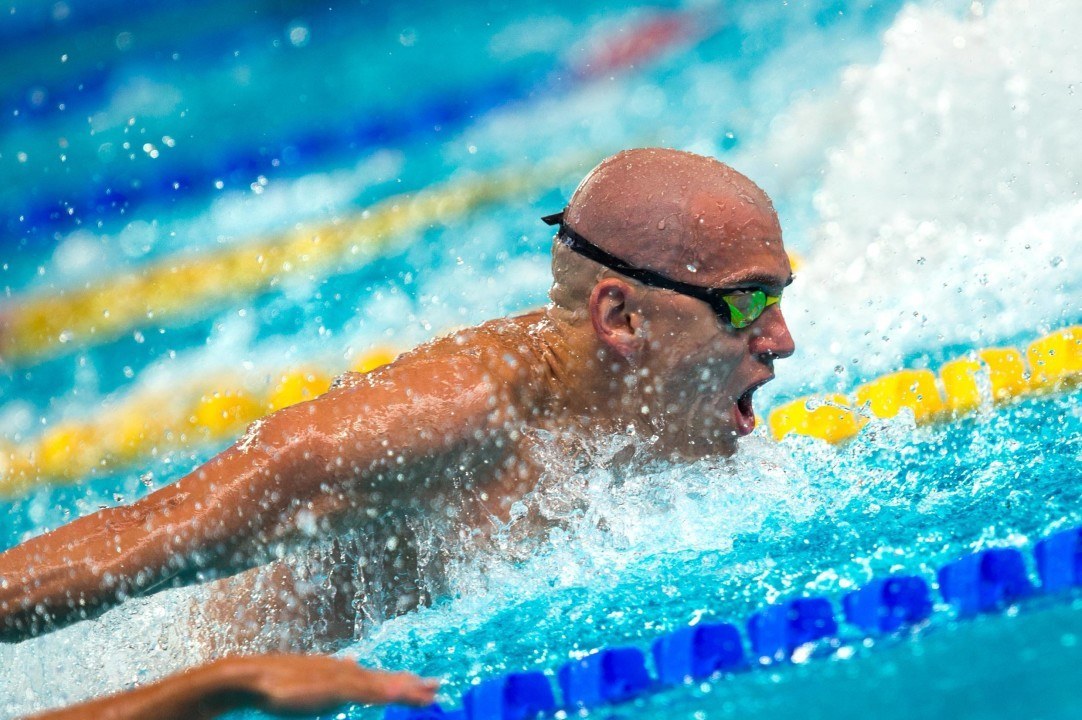 With a runner-up finish in the men’s 50 fly on the second night of finals at the European Championships in London Hungary’s Laszlo Cseh earned his 20th career LC European Championship medal. Cseh’s medals span over the course of 12 years, beginning in Madrid in 2004 and going until this year in London.

Cseh’s wide range of abilities was on display early in his career, as he claimed gold in Madrid in the 100 backstroke and the 400 IM, to go along with a bronze in the 400 medley relay. Cseh would go onto win 10 more gold medals over the next five Championships, along with three more silver and three more bronze.

Here’s a breakdown of the medals Cseh has won at the European Championships individually.

The majority of Cseh’s individual medal haul has come from the individual medley, where he has won a total of 10 golds. He also showed prominence in the backstroke events early in his career, and recently has focused more on the butterfly events. Considering Cseh was the Olympic silver medalist in the 200 fly all the way back in 2008, it is surprising he only has one medal to his name in that event.

Other notable male swimmers who have impressive medal hauls from the European Championships include Alexander Popov (26), Massimiliano Rosolino (21), Pieter van den Hoogenband (19), and Filippo Magnini (17). These swimmers all benefitted much more from relays than Cseh did. For example, Rosolino won 14 individual medals while Popov and van den Hoogenband won 13 compared to Cseh’s 16.

He will have a few more opportunities to add his medal haul, as he is seeded 1st in both the 100 and 200 fly coming up later in the competition. After posting the time this morning in the 200 IM prelims Cseh scratched the semi-final. The men’s 200 fly prelims goes off tomorrow morning, and the close proximity of the 200 fly semi and 200 IM final tomorrow night is likely what fuelled Cseh’s decision to scratch.

Laszlo has shown a lasting versatility over a considerable period of time. Seems that – if not for Michael Phelps & Ryan Lochte, he might have won a few Olympic & other event gold medals. Statisticians among us will have the correct answer on that one & hopefully can enlighten us further here, thanks.

“he might have won a few Olympic & other event gold medals” – well, given the 3 silver medals behind Phelps in Beijing 2008 alone I would say, ‘yes, he might have won’ 🙂