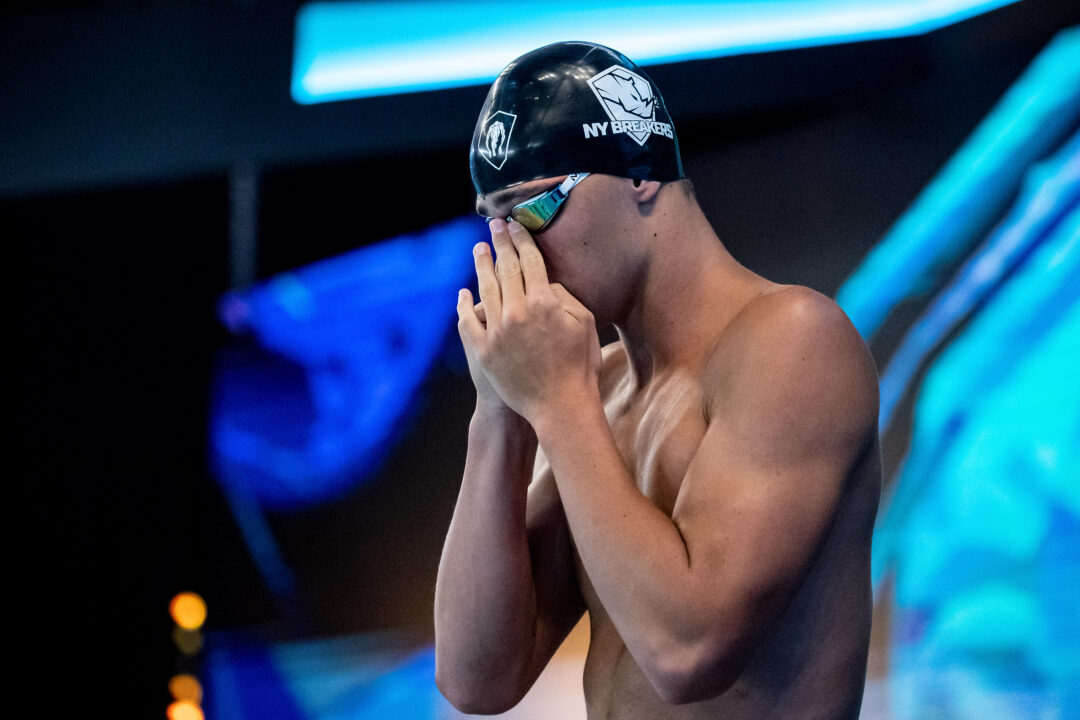 David Popovici is the favorite to win his second straight Euro Junior title in the 100 freestyle, but he'll have to hold off British Olympian Jacob Whittle.

David Popovici is the heavy favorite to win his second consecutive European Junior Championships title in the 100 freestyle, but the Romanian teenager faces a potential upset bid from British Olympian Jacob Whittle. Popovici, the 2022 World Champion in the event, took the second seed out of Saturday morning’s prelims with a time of 49.61, behind Whittle’s 49.30.

Reigning boys’ 100 breaststroke champion Volodymyr Lisovets of Ukraine qualified fourth in the morning heats. He will be chasing Nicolo Martinenghi’s European Junior Record of 59.01 during the semifinals. The Dutch dominated the prelims as Koen de Groot and Steijn Louter led the field with times of 1:02.12 and 1:02.16, respectively.

Girls’ 50 breaststroke champion Eneli Jefimova of Estonia took the top seed out of the prelims of the girl’s 100 breaststroke. Entering the race as the top seed, Jefimova posted a time of 1:07.77 in prelims, nearly two seconds ahead of the field. Like Moluh in the 100 backstroke, Jefimova is expected to lead the finals by a wide margin. Great Britain’s Sienna Robinson touched second out of prelims in 1:09.67, while France’s Justine Delmas took the third seed for the semifinals in 1:09.75.

Poland’s Ksawery Masiuk cruised to the top-seeded time of 54.15 in the boys’ 100 backstroke heats after taking bronze in the 50 back at Worlds. Great Britain’s Jonathon Marshall (54.84) was the only other swimmer sub-55 seconds in prelims. The semis or finals could see the fall of the European Junior Championships Record, which currently stands at a target time of 53.52.

A tight race in the girls’ 50 butterfly heats saw Croatia’s Jana Pavalic come out as the top seed for the semi-finals with a time of 26.60. She finished just ahead of Vanotterdijk, who touched just a hair behind in 26.67. Lana Pudar of Bosnia was also under 27 seconds, making the race for the finals extremely close.

The boys’ 50 butterfly prelims featured more than a dozen boys who broke the 25-second mark and two who went sub-24, which sets up for a tight round of semifinals tonight. The field was led by Czech teen Daniel Gracik, who managed to hit the wall in a time of 23.89. Danish teen Casper Puggaard was just behind Gracik in 23.92. The European Junior Championships record currently stands at a 23.48 from Olympic medalist Noe Ponti. Though it is unlikely that the record will fall this year, there are some swimmers in the field who could challenge it.

In the final individual event of the morning, the girls’ 200 IM, Great Britain’s Leah Schlosshan claimed the top seed in 2:14.68, more than a second ahead of Spain’s Emma Carrasco Cadens (2:15.93).

Who has a better link to watch?