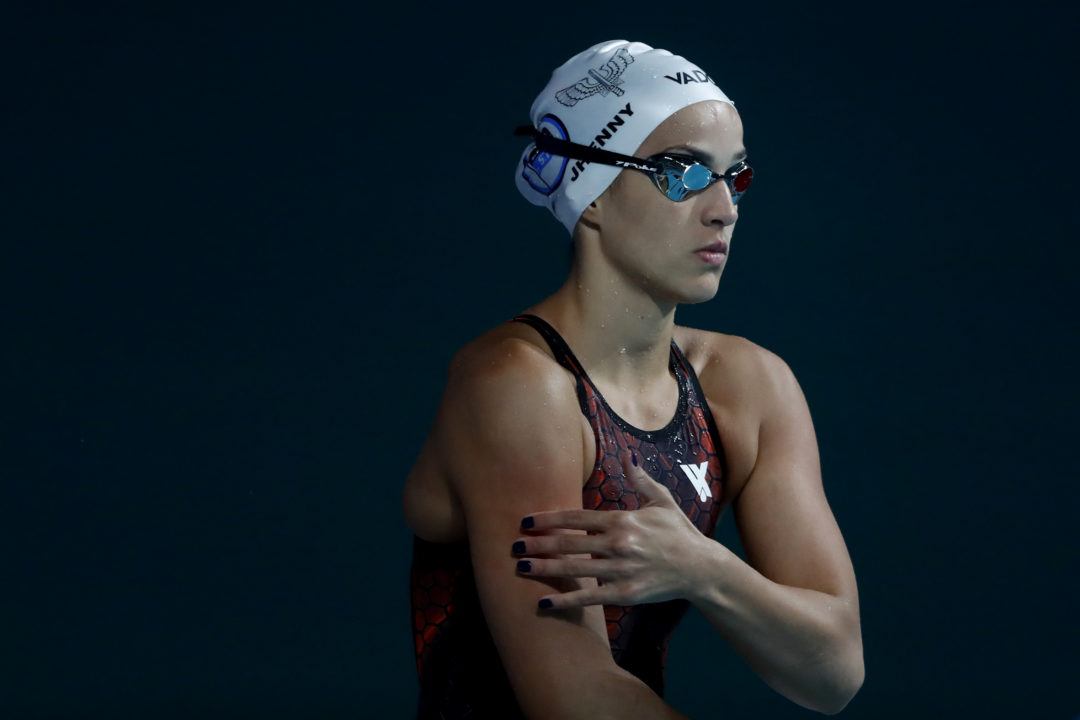 For World Champs  selection, the top two finishers in each event will be named to the roster, provided they each achieve the FINA ‘A’ cut.

Brandonn Almeida led the heats of the men’s 400 IM this morning, clocking a 4:22.90. He led the field by over 3 seconds, notably swimming a seemingly relaxed 1:03.44 on the final 100 of the race. Almeida has some work to do in order to qualify for the World Champs roster in the event, as the FINA ‘A’ standard sits at 4:17.48.

Jhennifer Conceicao led the women’s 100 breast by nearly a second this morning, swimming a 1:07.92. The swim put Conceicao roughly half a second off her personal best of 1:07.35, which stands as the Brazilian Record in the event. She was also just of the FINA ‘A’ cut of 1:07.43, so we’ll be looking out for that time tonight.

Eduardo Oliveira de Moraes beat out Guilherme Costa to take the top seed for tonight’s final in the men’s 400 free. Oliveir de Moraes clipped his previous best time by 0.02 seconds, clocking a 3:51.22. Costa, who competed in the event at the Tokyo Olympics last summer, posted a 3:52.96. Costa holds the South American Record in the event at 3:45.85, signaling that he likely has more in the tank for tonight. The FINA ‘A’ cut sits at 3:48.15.