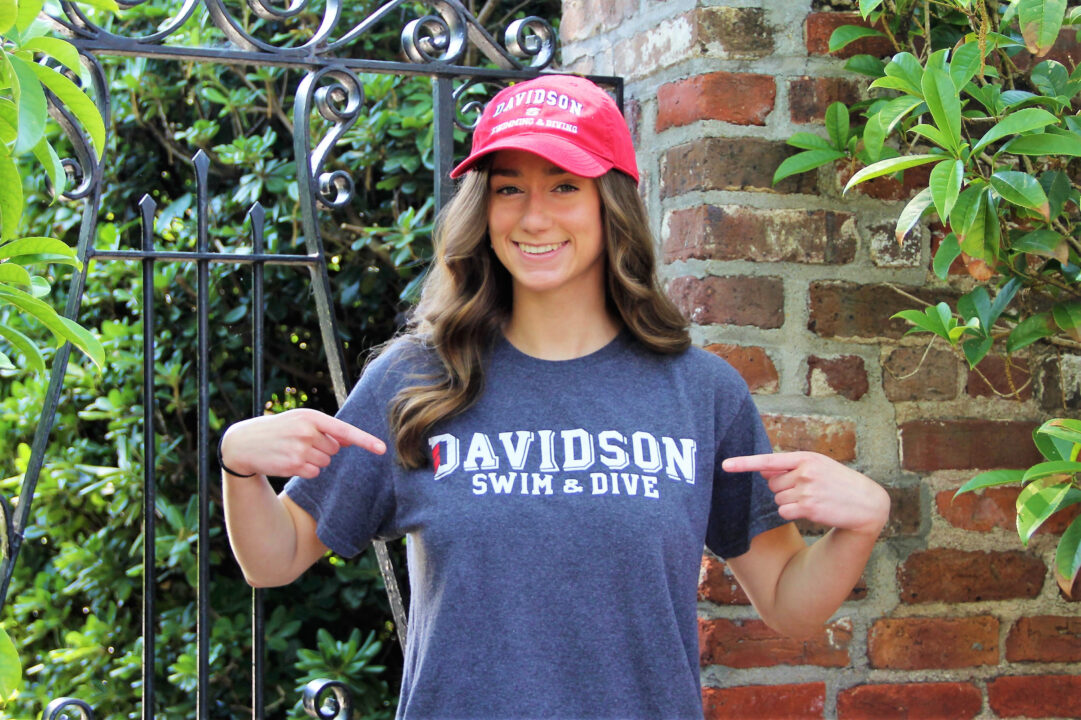 Ann Thompson, a 2021 US Open finalist, has announced her commitment to Davidson University in North Carolina for 2023-2024. Current photo via Ann Thompson

Ann Thompson, a 2021 US Open finalist, has announced her commitment to Davidson University in North Carolina for 2023-2024. Thompson is from Mount Pleasant, South Carolina, where she is a senior at Porter-Gaud School.

I chose Davidson because of the amazing team atmosphere and the endless academic opportunities. I knew I could be successful in and out of the pool, and knew that the team would be a second family to me. I felt truly welcomed every time I interacted with the team, and am excited to become a part of such an awesome program!

At the 2021 South Carolina Independent School Association’s State Championships, Thompson won both the 100 back and 100 fly. She was also a member of Porter-Gaud’s winning 400 freestyle and 200 medley relays.

Davidson is a Division I program that competes in the Atlantic-10 conference. At the 2022 Conference Championships, they finished 5th out of 11 teams.

Thompson already owns best times that would qualify for the A-final at conference. In the 100 back, she would have finished 8th last year, coming in first for the Wildcats. Their top finisher placed 14th, and has since graduated.

In the 200 back, Thompson would have been 15th. For Davidson, the highest finisher was then-junior Marissa Lassell coming in 15th with a 2:00.43. It is not likely that she and Thompson will overlap.

Joining Thompson as a 2023 recruit is Summer Jones from New York. Jones is primarily a sprint freestyler. She would have placed 43rd in the 50 at last season’s championships, coming in 7th for Davidson.