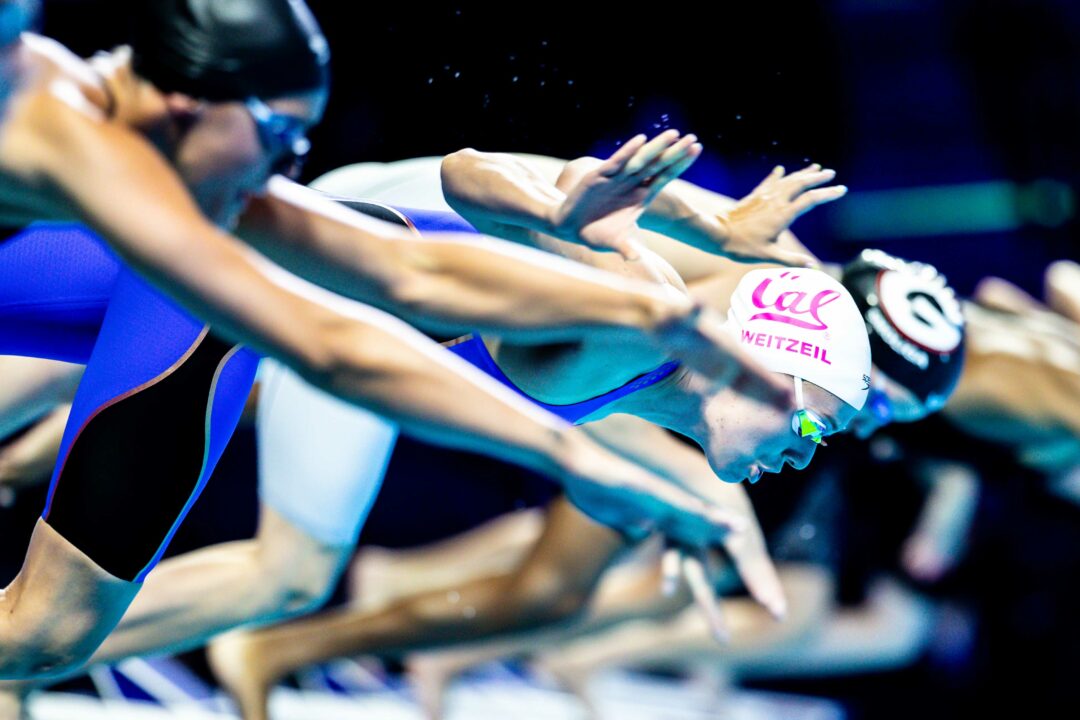 The anxiety and anticipation that comes along with the U.S. Olympic Trials preliminaries comes to a close this morning, with the seventh and final heats session featuring the men’s and women’s 50 free, and the men’s 1500 free.

In the men’s 50, which will lead things off, Caeleb Dressel and Michael Andrew come in as the top-two seeds and have been riding a high these last few days, including Andrew winning his second event of the meet and Dressel producing the third-fastest 100 fly in history during last night’s session.

Nathan Adrian, David Curtiss and Michael Chadwick will be among the names in contention who have yet to qualify for this summer’s Games.

Defending Olympic champion Tony Ervin, 40, will be swimming in the fifth of nine heats.

Like Adrian, Simone Manuel will be looking to rebound in the women’s 50 free after missing the final of the 100, while Abbey Weitzeil comes in riding some momentum after winning the 100 last night. The same goes for Erika Brown, the 100 free runner-up.

After Manuel, the next-fastest seeded swimmer that hasn’t yet made the Olympic team is 18-year-old Gretchen Walsh, who missed the 100 semis but comes in here ranked seventh.

Five heats of the men’s mile will close things off, with the top-two finishers from the 800 free, Bobby Finke and Michael Brinegar, racing head-to-head in the last heat.

Jordan Wilimovsky, who was fourth in the 1500 free at the 2016 Olympic Games, heads up the other circle-seeded heat.

Caeleb Dressel has really come into his own over the last few days in Omaha, firing off some incredible swims in consecutive sessions, and he kept things rolling in the heats of the men’s 50 free.

Dressel flew down the pool in a time of 21.29, qualifying first by over four-tenths of a second as he takes over the #1 time in the world this year. The previous top time belonged to Vladimir Morozov, who went 21.41 at the Russian Olympic Trials in April.

The swim ties Dressel’s fourth-fastest performance ever. If you want to go really deep, it’s also the quickest prelim he’s ever done.

It was initially reported that Dressel set a new U.S. LC Nationals Record, which is incorrect in the results. That mark belongs to Brazilian Cesar Cielo, the world record holder, who swam a time of 21.14 in the consolation final of the 2009 World Trials.

Michael Andrew (21.72) and Nathan Adrian (21.85) won the first two circle-seeded heats to advance second and third overall, while Bowe Becker cracked the 22-second barrier for the first time to qualify fourth in 21.94. Becker is the 20th American male to do so.

27-year-old Payton Sorenson dropped a tenth from his best time in 22.08 for sixth, while Adam Chaney, Sid Farber and Justin Ress all lowered their PBs in a three-way tie for eighth.

From one of the early heats, Brooks Curry demolished his best time by over half a second in 22.22 to advance to the semis as well.

Dillon Downing (22.38) and Will Davis (22.43) also established lifetime bests to get a lane in tonight’s session.

Those times mark a season-best for both swimmers, with Weitzeil having previously been 24.57 at the PSS in Mission Viejo in April and Manuel clocking 24.70 at the San Antonio stop in March. Weitzeil and Manuel finished 1-2 in this event at the 2016 Trials.

It was a strong bounce-back swim for Manuel, who shockingly missed the 100 free final a few nights ago.

Torri Huske, who sent shockwaves across the CHI Health Center with her back-to-back 100 fly American Records on the first two days of the meet, topped Heat 7 in a time of 24.61 over Erika Brown (24.76), qualifying them third and fourth overall, respectively. Huske swam a best time of 24.44 in April.

Kate Douglass (24.78) and Catie Deloof (24.82) paced the other circle-seeded heat to safely advance in fifth and sixth, both having likely secured a roster spot on the Olympic team already.

Gretchen Walsh, who didn’t advance out of the heats in the 100 free, rebounded to take seventh in 24.88, while Claire Curzan was over a second off her record-setting 24.17 from earlier this year to qualify 10th in 25.24.

Kelsi Dahlia missed qualifying for her second straight Olympic team on Day 2 in her best event, the 100 fly, but has remained in the fight and ties her second-fastest 50 ever here in 24.98 to move on to the semi-finals. This is Dahlia’s fastest 50 since the 2017 World Trials, where she established her lifetime best of 24.79.

Notably failing to advance was Olivia Smoliga, who placed 25th in 25.69 after qualifying for Tokyo in the 400 free relay last night. Smoliga’s best time still sits at 24.70 from the 2016 Olympic Trials, and she’s only been sub-25 twice since then.

Update: Linnea Mack‘s initial disqualification for a false start has been overturned, meaning she qualifies for the semis with her time of 25.09. Grace Countie, who is now officially 17th, will remain in the semis with a 17-swimmer field.

Camille Spink, the Wave I winner of the 100 freestyle, lowered her best time by nine one-hundredths to qualify 15th in 25.45. Also hitting PBs in order to advance to the semis was Cora Dupre and Countie.

Bobby Finke cruised to victory in the fifth and final heat of the men’s 1500 free, producing a slight negative-split en route to qualifying first for tomorrow night’s curtain call in a time of 15:04.66.

Mission Viejo’s Michael Brinegar, who took second to Finke in the 800 free earlier, was second in the heat in a time of 15:07.93, sticking with the multi-time NCAA champion before falling a bit off the pace over the final 500.

That time holds up as Brinegar’s third-fastest ever, with his best of 15:00.82 set at those 2019 Summer Nationals.

Jordan Wilimovsky, who’s already qualified for Tokyo in the 10k open water event and was fourth in the mile in Rio, cruised to victory in Heat 4, clocking 15:14.67.

The only swimmer hitting a best time and making the final was Brinegar’s Nadadore teammate Will Gallant, who lowered his 15:18.09 from May down to 15:16.73. Ohio State’s Charlie Clark was less than a second off his PB for sixth in 15:22.01.

is there an NBC streaming link for tonight’s finals?

I hope Simone Qualifies.
As an Aussie is like to see her
Race Emma & Cate again.
🇦🇺🇦🇺🇦🇺💯

Thanks Mate! Hope she qualifies as well, be nice to see USA destroy down under in the relays! Yea baby bring it on!!!!

You are a sad, strange little man

When foreign swimmers came up (in Olympics, World Championship) with something like what Simone claimed , SwimSwam peanut gallery called them “making excuses”, “sore losers”

That makes it so much sadder

Go Simone! (But I do have doubts )
Rooting for ya cause Olympic finals should
be as stacked as possible

Everybody slept on Bowe Becker but my man showed up!

He’s had a great meet.

We need it to be Brinegar or wilimovsky or someone else to go under 15:01 or we are back in the same weird A cut predicament correct?

Don’t believe so, they both have been under it during the qualifying period.

Very high probability of double on the women’s side, fairly high on the men’s side.
Yes, I am counting the swimmers that are ‘relay-only’ even though they are not on the team yet.