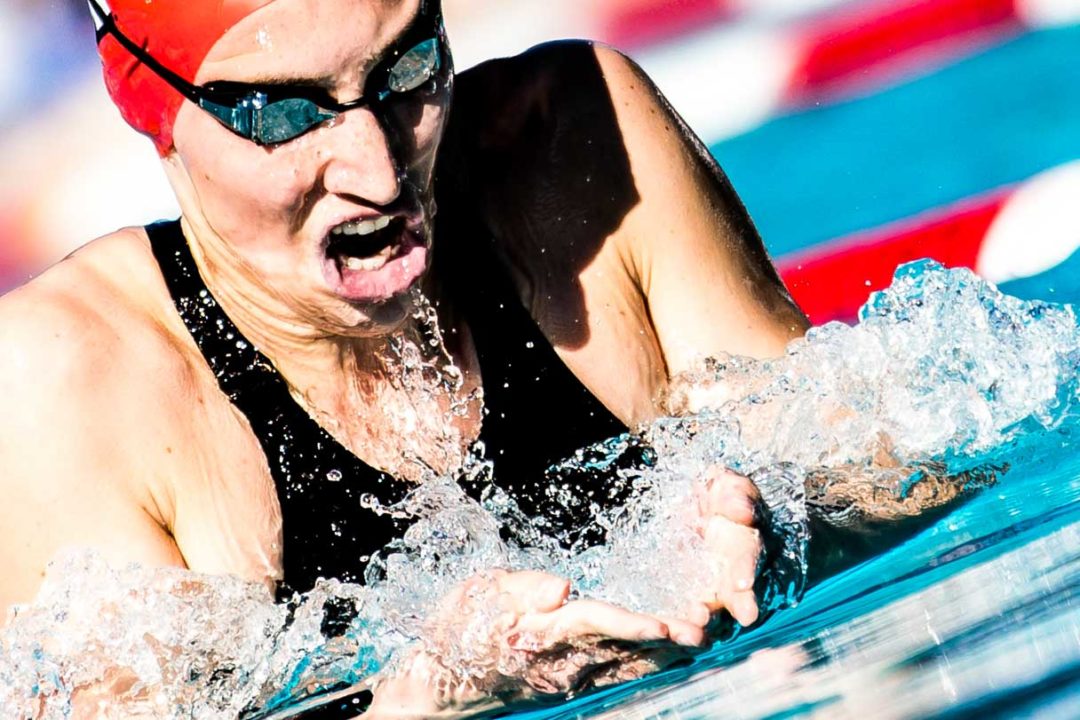 Ally McHugh now ranks 9th in the world this season in the 400 IM, along with 16-year-old Zoe Dixon ranking 13th after winning in the Richmond pool. Stock photo via Jack Spitser/Spitser Photography

Emily Escobedo swam a 1:07.11 from Richmond to take the overall lead in the women’s 100 breast. That swim was 0.03s faster than world record holder Lilly King, who won in the San Antonio pool. Both Escobedo and King now rank 11th and 12th respectively in the world this season. Another swim from Richmond, Miranda Tucker‘s 1:07.94, clocked in as the third-fastest time overall.

In the men’s 100 fly, backstroke ace Shaine Casas of Texas A&M posted the fastest American time this season with a 51.94, just 0.03s off his prelims swim of 51.91. That time puts Casas at #15 for the 2020-2021 world rankings. Coleman Stewart put up the fastest swim in Richmond at 52.19, which ranks second overall. That swim just snuck Stewart into the world top-25 for this season. Aiden Hayes took second behind Stewart in Richmond at 52.81, ranking third overall in this event.

Also breaking into the top 25 times in the world this season are Olympians Chase Kalisz and Jay Litherland, who now rank 16th and 23rd in the men’s 400 IM thus far.

*combined results via USA Swimming will be posted when available