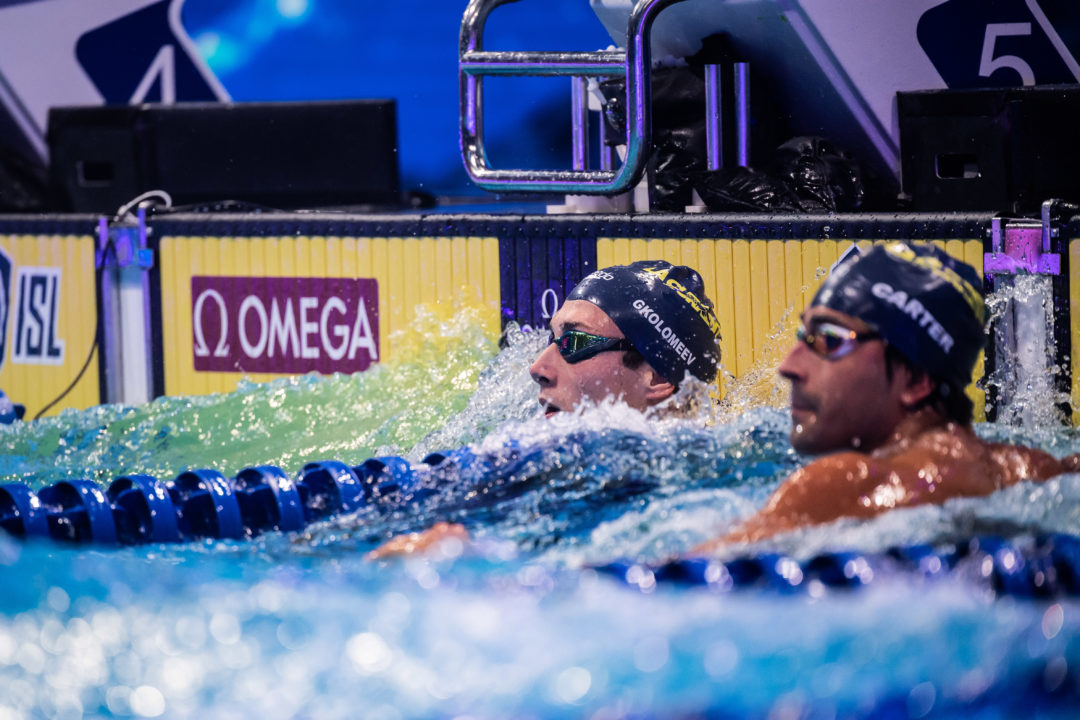 Get ready for ISL semifinal #2 with squads of Cali Condors, Iron, LA Current and Toronto Titans vying for a piece of the post-season pie. Current photo via Mike Lewis/Ola Vista Photography

International Swimming League (ISL) season 2, semifinal #1 wrapped up today in Budapest, which means we move right into semifinal #2 among LA Current, Iron, Toronto Titans and Cali Condors. We know that Energy Standard and London Roar will meet two of these teams in the final next week and every point from every swimmer can prove critical to that end.

With that in mind, the teams comprising this semifinal have written their expected swimmers into the start lists for most of the events. There are a few changeups from last week, primarily on the men’s side.

For instance, Irons’ Thom de Boer will be swimming the 50m free in place of Marco Orsi who raced last week. Andrii Govorov will be taking Sergey Fesikov‘s place alongside Michael Chadwick in the splash n’ dash for Toronto, while Dylan Carter will team up with Kristian Gkolomeev for the LA Condors’ 50m free contingent.

This is the first post-season meet where Cali Condors will compete sans high point-earner Melanie Margalis. Margalis left the Budapest bubble at the end of the regular season, leaving a void in her IM events and 400m free. Hali Flickinger was entered in the 4free in her stead last week and filled the role nicely. She’s back in the lineup for that race again today.

Meghan Small not on the start lists, anyone know a reason why not?