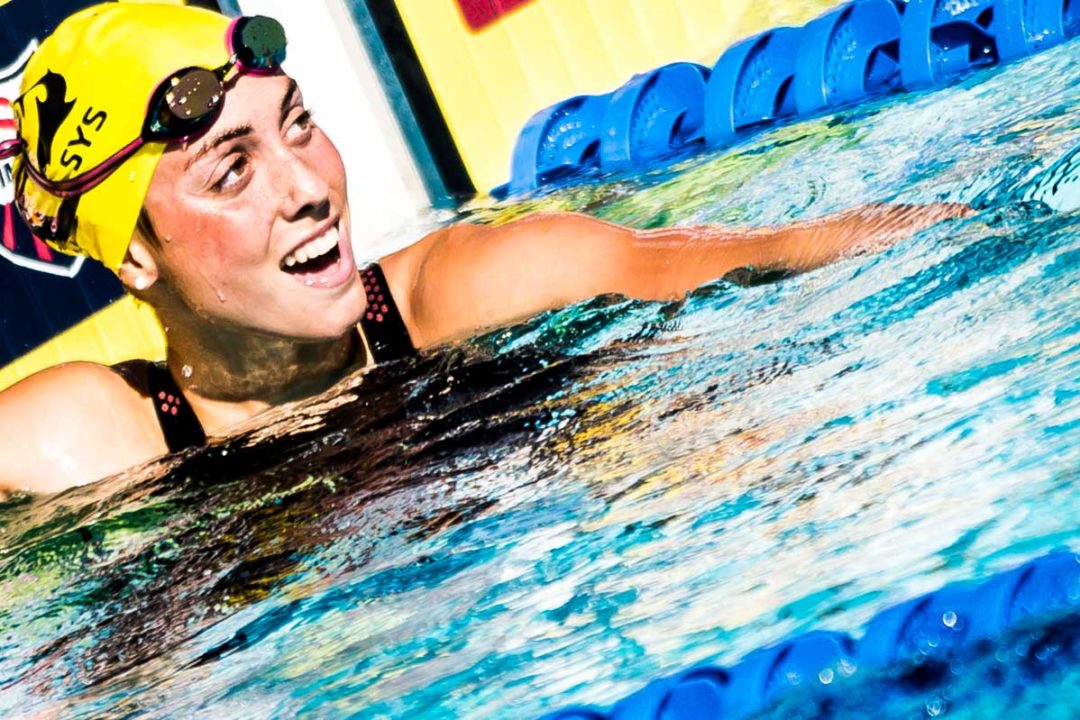 Though American swimmers hold the World Records in every event this morning except the men's 400 free, none of them will be racing in Palo Alto today. Current photo via Jack Spitser/Spitser Photography

Day 4 prelims of the 2019 U.S. National Championships will feature the 400 freestyle, 100 breaststroke, and 100 backstroke. Though current American swimmers hold the World Records in every event this morning except the men’s 400 free, none of those World Record holders will be racing in Palo Alto today.

Some swimmers we will not see racing today include Regan Smith, Olivia Smoliga, and Hali Flickinger in the 100 back, Caeleb Dressel in the 100 breast, Kaersten Meitz in the 400 freestyle, who withdrew because of appendicitis, and Zane Grothe in the 400 free.

That sentence in the article is quite inaccurate, ought to be changed promptly please.