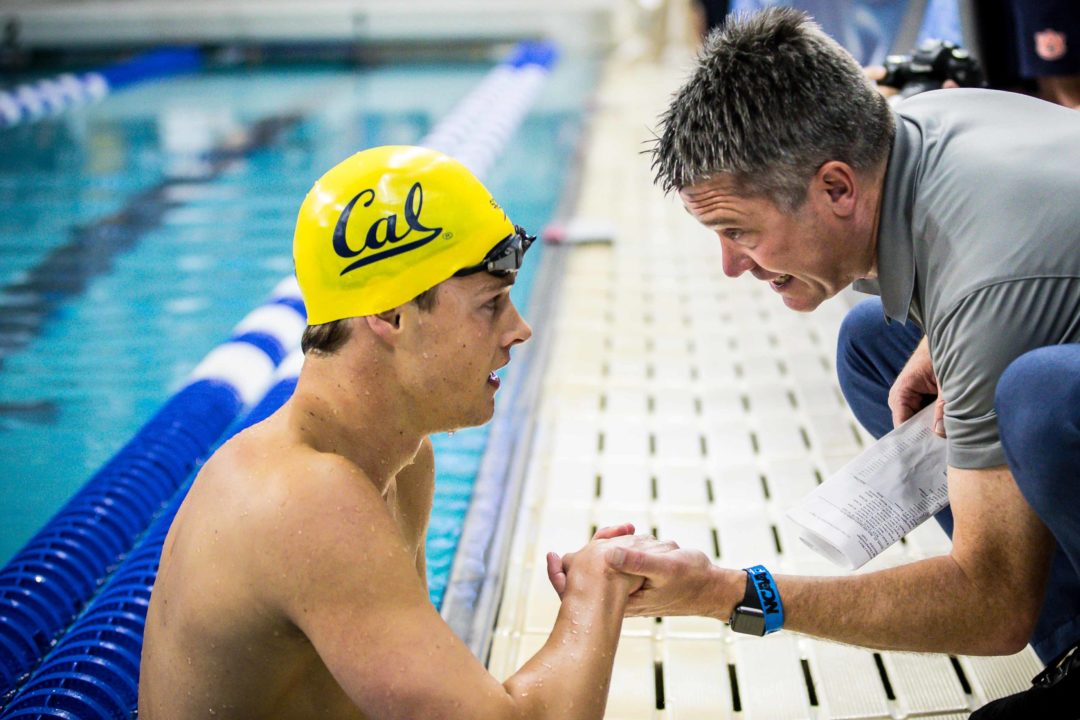 Cal coach Dave Durden earns his 2nd Swammy Award for Men's NCAA Coach of the Year after leading the Bears to a historic win at the 2019 NCAA Championships. Current photo via Jack Spitser/Spitser Photography

Dave Durden took the helm at Cal prior to the 2007-2008 season, and after initially finishing 4th at NCAAs each of his first two season, the Bears have been in the thick of the NCAA championship hunt every year since then, finishing in the top two each and every season.

Coming into the the 2018-2019, the Bears had been in a bit of a relative rough spot, having watched their arch-rival the Longhorns win each of the last four NCAA titles, but this year Durden coached Cal to a nearly-flawless performance that ranks among the greatest in NCAA history.

The team fired nearly on all cylinders. 13 of their 14 individual swimming qualifiers scored points, including ten different  swimmers accounting for a total of 19 A-finals. The Bears had at least one A-finalist in every single swimming event, and earned multiple A-final spots in several events. The relays were on point too, with all five relays finishing in the top 3, and the 200 free relay earning 1st.

While Cal looked to have things decently in control after the second day, perhaps the biggest moment – and the one that Durden will forever be remembered for – came on the morning of the third day. Daniel Carr got to re-swim the 100 back after experiencing a malfunction with the starting system during prelims, and responded by dropping a 44.86 to earn a spot in the A-final. Durden was cheering Carr on, going generally nuts, slipping and falling on the pool deck in his excitement, but looking none the worse for wear.

Perhaps the most telling stat about Cal’s performance? Texas actually scored 26 more points in 2019 than they had when they won in 2018, but still lost by 85 points.

So, they picked the snitch.

The cover picture hits different.
Also, pretty sure you meant to say that Durden was cheering Carr on during his re-swim.