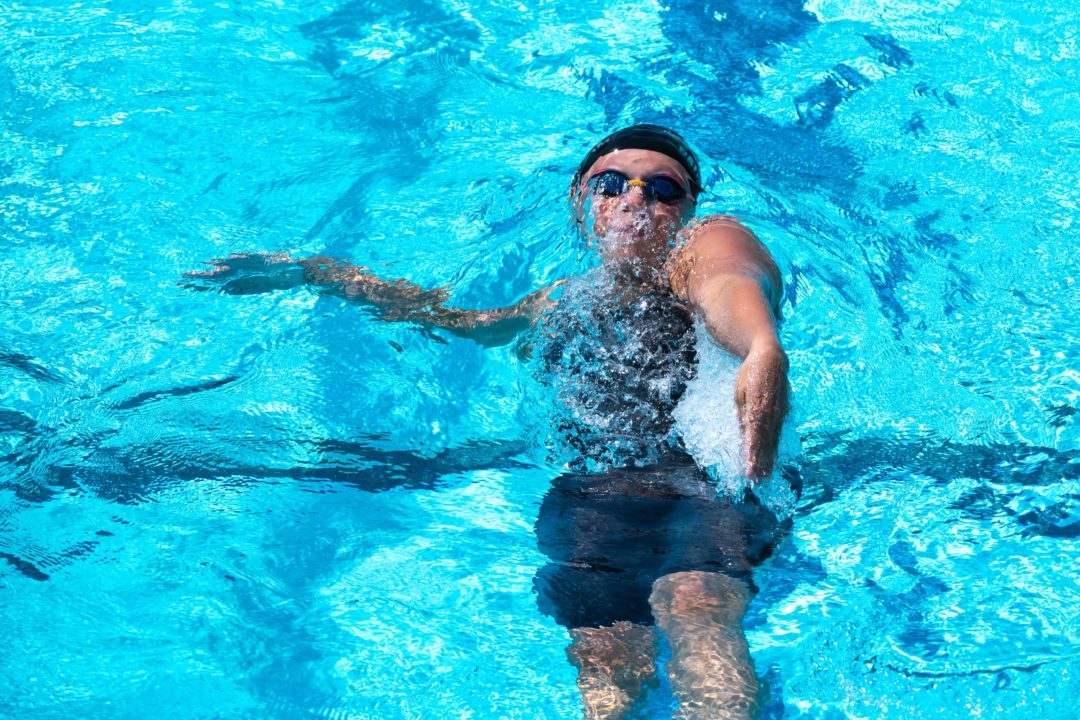 The Pan Ams train continues rolling with the second finals session of the meet just an hour away. Tonight, the men’s and women’s 200 free, 100 fly, 200 back, and mixed 4×100 free relay will be contested. Of the seven medal events tonight, the Americans look to be favored to finish 1-2 with a strong showing this morning. Here is what to look out for during tonight’s finals session.

The experienced Lyrio finished third at the last Pan Am Games in 2015. Ackman, on the other hand, won a pair of relay medals in 2015, including gold in the 4×100 free relay and bronze in the 4×200 free relay.

The prelims featured a mixed bag of fast swims and some morning swims. Mexican Jorge Iga surprised the field with a 1:47.16, just missing his national record by 0.02s. His top time leads just by a second over American Drew Kibler. However, the favored Brazilians, defending 2015 champion Joao de Lucca and South American record holder Fernando Scheffer, are major threats to Iga and Kibler.

American teammate Grant House alongside Kibler were members of the silver medal 4×100 free relay from last night and could avenge their Brazilian counter-parts tonight. Be on record watch for Aruban Mikel Schreuders and Trinidadian Dylan Carter as they also narrowly missed their respective national records.

American Kendyl Stewart looks poised from this morning to carry on the American excellence in this event and score a 7th-straight US title in the event. Teammate Sarah Gibson will be looking to redeem herself from an underwhelming 200 fly last night.

Yet hot on the Americans’ tails are Canadian teammates Danielle Hanus and Haley Black, who joined the Americans as the quartet of sub-minute swimmers this morning.

Guatemalan Luis Martinez took down the 2015 Pan Ams record in the morning session with a 51.44, also a new national record for him. Martinez, however, will have Argentine Santiago Grassi chasing down a gold medal after his 2015 runner-up performance.

NCAA stand-out Vini Lanza of Brazil and American Matthew Josa will also be in medal contention. American Tom Shields is also on the redemption path after fading to 8th in yesterday’s 200 fly final.

Continuing the American teenage dominance in the women’s backstroke events will be top two seeds Isabelle Stadden and Alex Walsh. Stadden was the lone sub-2:10 swim of the morning while Walsh flirted with the 2:10 barrier. Stadden’s lifetime best stands at a 2:08.24, just 0.02s off the 2015 Pan Ams record of 2:08.22.

Also carrying on their home country’s event legacy will be Canadians Mackenzie Glover and Madison Broad. In 2015, Canada went 1-2 in this event with winner Hillary Caldwell setting the current Pan Ams record. Brazilian Fernanda de Goeij is another medal contender and will be in lane 6 this evening.

Another American duo, Daniel Carr and Nick Alexander, will be aiming to repeat the US’s 1-2 finish from 2015 in this event. Yet sandwiching the Americans in lane 3 is Puerto Rican record-breaker Yeziel Morales and in lane 6 will be Canadian Javier Acevedo.

Coming off a stellar night one will be Brazilian Leonardo de Deus, who earned his 3rd-straight title in the 100 back final. de Deus comes in the 200 back as the 2015 bronze-medalist, yet finished 5th in prelims alongside countryman Brandonn Cruz.

The mixed 4×100 free relay will have its first run tonight in Pan Ams Games history. Both the Pan Ams record and first-ever event title will be on the line to top off night two. Brazil and the USA will have an epic battle for the top spot as Mexico and Canada will fend for the bronze medal.

Summary of Summer 2019 = Sitting in front of the TV on a weekday evening to watch yet another swim meet.

Agree. Now one of the most anticipated races of the 2019 Piano American Games.

The Coast Guard is on deck, if needed.

Wow, did Kibler just teleport from Cali to Lima? That is some crazy turn around from Nationals to Pan Ams.