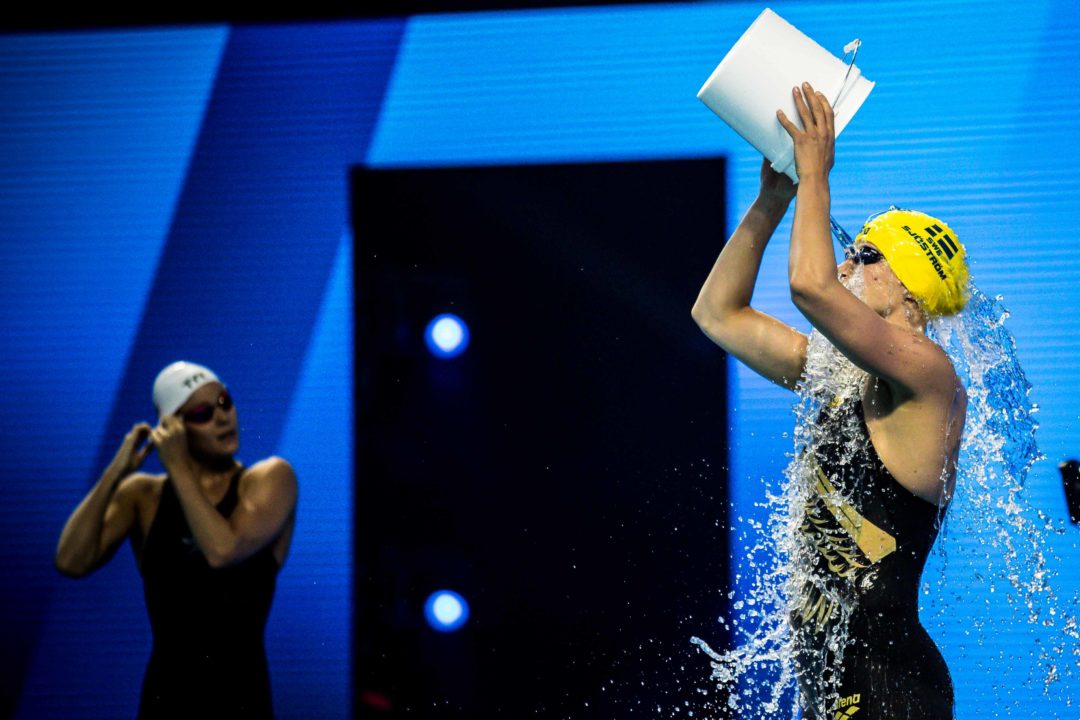 Sarah Sjostrom will be going for her 17th-overall world championships medal when she races in the final of the 50 free tonight. Current photo via Jack Spitser/Spitser Photography

The final session of what’s been one of the most drama-willed World Championships meets in a long time is finally here. While this morning’s prelims session was relatively short, with only four events, tonight we will get a full eight-event schedule, all of which will obviously be finals, meaning that we’ll have eight medal ceremonies this evening.

USA will win both medley relays easily. Everyone keeps talking about Peaty but they don’t have a backstroker and Dressel is two seconds faster than Guy, removing any advantage Peaty would bring

Watch out for the Russians!

REGAN SMITH TO BREAK 100 BACK WR, USA TO WIN BOTH MEDLEY RELAYS IN WORLD RECORDS AND MICHAEL ANDREW TO WIN HIS FIRST INDIVIDUAL MEDAL!

Dont have to shout… agree on Regan to be first woman under 58 second barrier in the lead off backstroke leg; disagree on the rest.

Thanks to Mel and the SwimSwam staff who put in time this past week on coverage, you guys rock!

Comments section was awesome, you guys have a great sense of humor and love the international flavor!