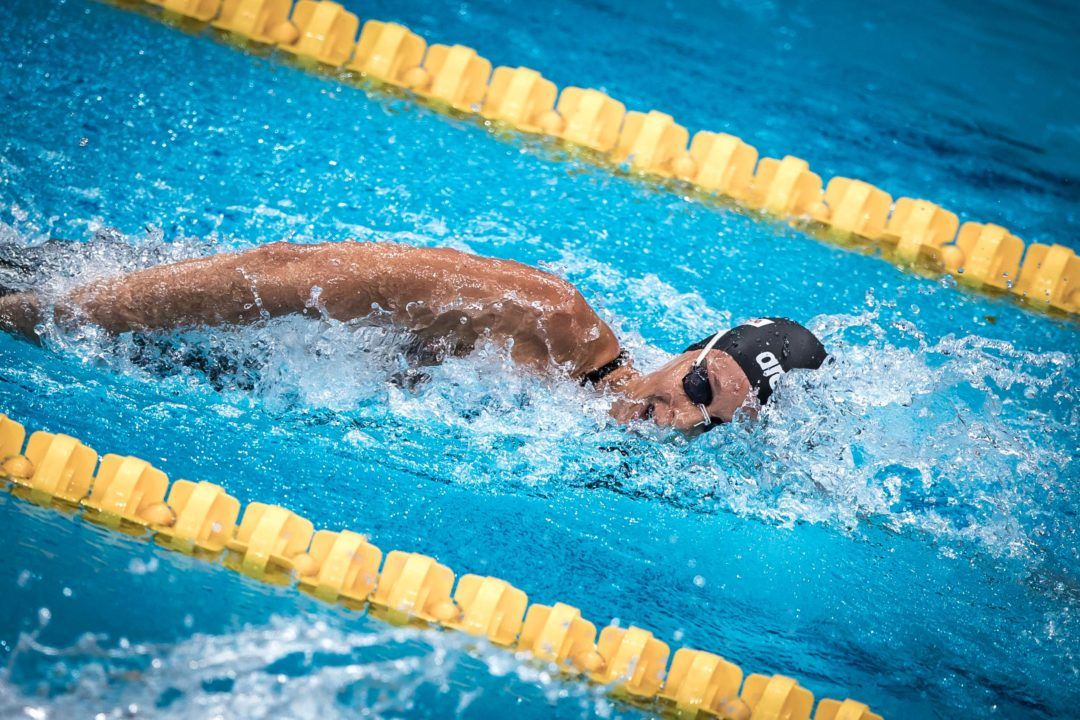 History will once again be written tonight in Gwangju as Peaty and Pellegrini will aim to extend their world title streaks. Archive photo via Mike Lewis/Ola Vista Photography

Continuing on for the World Championships will be 5 medal events and 4 semifinals during the fourth evening session in Gwangju.

It will be another night of re-writing the history books, with many top veterans aiming for elite feats. However, as the first 3 days have played out, it could be history for the newcomers toppling the big names and creating new names for themselves. Among the veterans chasing world title streaks are British breaststroke star Adam Peaty and Italian freestyler Federica Pellegrini.

The Sun Yang storyline also continues as the multi-time Olympic champ and world record-holder will be aiming for his 3rd gold medal of the meet in the 1500 free final. After podium mishaps with Mack Horton and Duncan Scott, Sun has received a FINA warning alongside Scott and Horton. With the Chinese racing Italian duo Detti and Paltrinieri as well as Aussie Jack McLoughlin and Frenchman David Aubry, one can hope the next medal ceremony (assuming Sun medals) will run smoothly.

US vs GB Medley Relay predictions:

I think Guy and Peaty might be a bit quicker. Guy was 50.9 in the prelims and I feel like Peaty could be faster.

I don’t know if Simone will close that fast, especially if she doesn’t have clear water. Dressel might be faster, I am a bit skeptical of Murphy. King will probably go the same time.

What makes you think Murphy’s going to drop half a second in a day? That’s a big chunk at this level.

Think you’re a bit optimistic on Guy too, he’s looked decent but 51 flat would be a huge split for him.

Guy has split sub 51 at the past 3 major champs and this morning.

Murphy wasn’t at this best in the individual and will be looking for redemption / the US always step up for relays. That’s my thinking. It’s just a prediction 🙂

Unfortunately I don’t think Davies will go that fast 🙁

Happy to be wrong on this one!

Good to see McKeon in there – it’s a great shame she didn’t swim the 200m free.

I think this might be one of the more interesting nights so far in terms of racing.