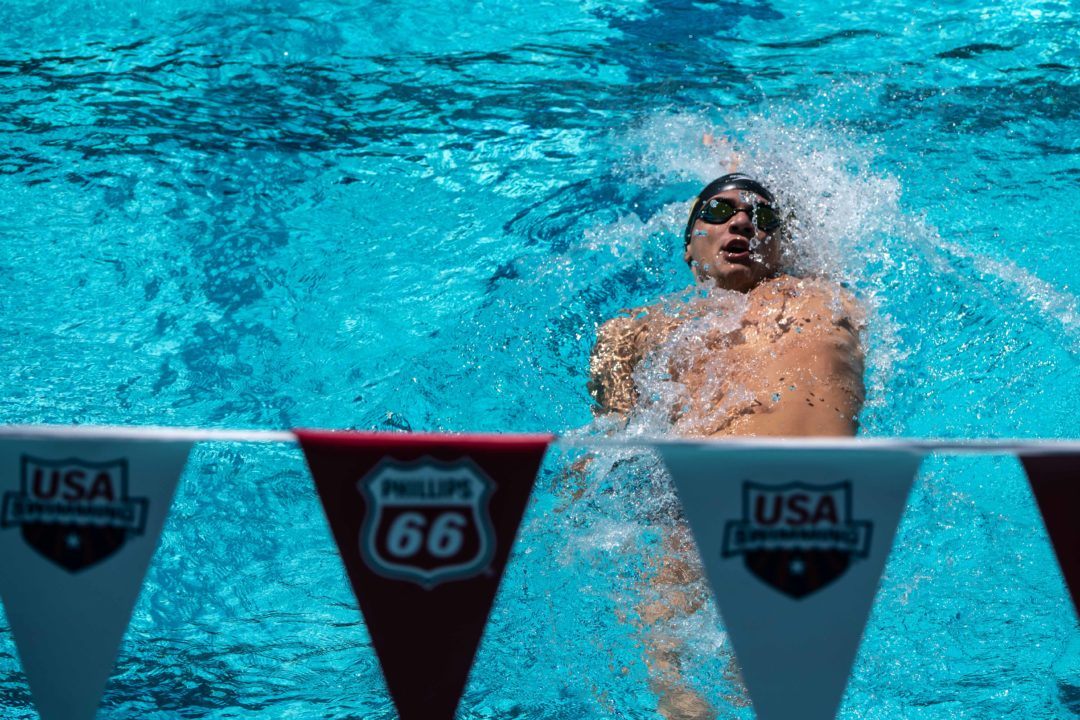 Luke Kaliszak, the 7th seed, scratched out of the 50 back, bumping Cal's Bryce Mefford into the A final. Current photo via Mike Lewis/Ola Vista Photography

There were a few big name scratches out of the women’s heats tonight. Texas A&M’s Bethany Galat, who looks like a safe bet for Pan Pacs after taking 2nd in the 200 breast last night, won’t be swimming the B final of the 400 IM after qualifying 15th. She will, however, swim the 50 breast, where she’s the 8th seed.

Katie Drabot is in the same boat, likely earning a Pan Pacs spot with her 2nd place in the 200 fly. She scratched out of the C final of the 100 fly. Beata Nelson also scratched that C heat. She’ll look to make Pan Pacs in tomorrow’s 100 back.

On the men’s side, Tim Phillips scratched after a tie for 24th in the 100 fly prelims. Phillips represented the U.S. in the 50 and 100 fly at last summer’s Worlds, but hasn’t earned a Pan Pacs spot here.

In the 50 breast, Andrew Wilson scratched after qualifying 5th, bumping Jacob Montague into the top 8. Wilson is probably safe for Pan Pacs having gotten 2nd in the 200 breast. The only other men’s scratch was Luke Kaliszak, the 7th seed in the 50 back, which bumps Cal’s Bryce Mefford into the A final.

Pretty sure I misread the headline as Kalisz.

Kalisz with a gun…

I’m sad that Tim Phillips had such a disappointing meet. I wonder if he will decide to retire? I wish him well!

he’s in NYC, and doing pretty well in the finance sector, wouldn’t be surprise if he does.