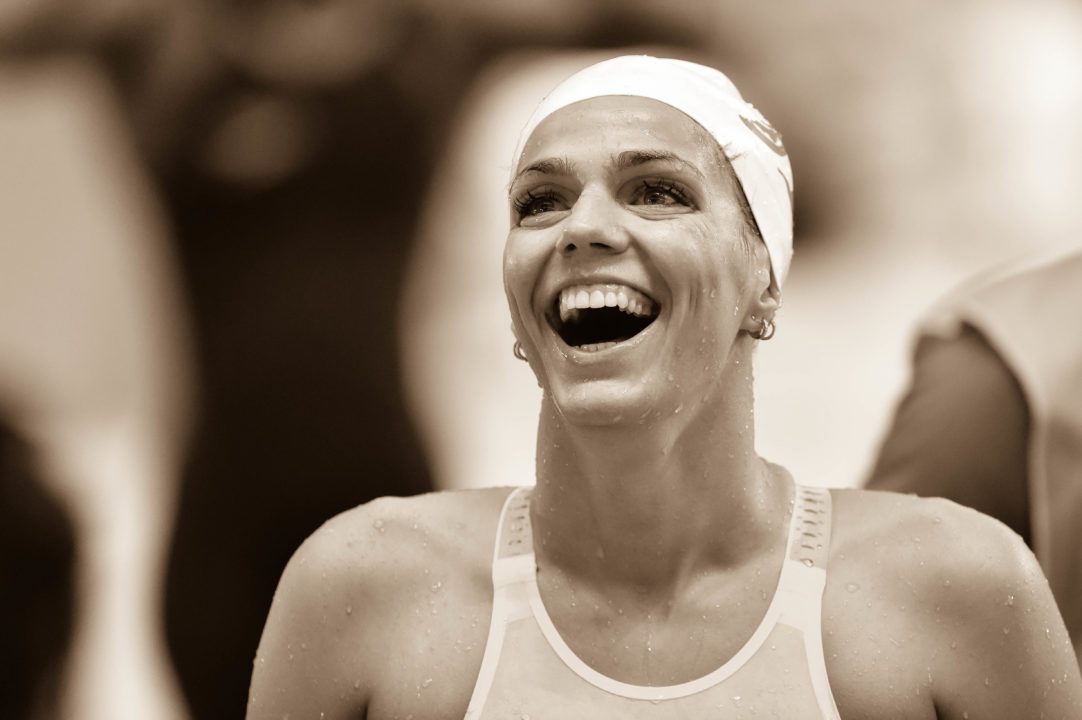 You can find links to all of our event-by-event previews and a compilation of our predicted medal-winners here. 2017 FINA... Current photo via Mike Lewis/Ola Vista Photography

28-year-old defending Olympic champion Rie Kaneto, though not yet retired, is sitting out the 2017 FINA World Championships this year, leaving an open slot for another swimmer to rise to the top of the 200 breast.

The likely culprit is Russia’s Rio silver medalist Yulia Efimova, whose reputation precedes her. Efimova’s 2:19.41 from Barcelona in 2013 is the second-fastest performance in the history of the event. Given Efimova’s swims over the past couple of months, fans should be on world record watch. The Russian swimmer’s best time from this year is a 2:19.83 from June’s Mare Nostrum Tour in Barcelona, which would have won the gold medal in Rio. Her swim was just .72 off Rikke Moller Pederson’s world record 2:19.11.

At this time last year, it would have been a huge stretch to pick American Lilly King for a medal spot in the longer distance breaststroke event. (In fact, we had her as our darkhorse, and she came up 12th overall.) However, in just the past six months, King has shown her versatility and expanded her skill set to the 200. Compare her 8th-place finish at short course worlds in December (2:21.17 SCM) to her U.S. Summer Nationals performance in practically the same time: 2:21.83 LCM. It’s also worth noting that King broke the American and U.S. Open records in the 200 SCY breast at NCAAs in March. She still has a bit to go to crack into Rebecca Soni territory (Soni holds the top ten fastest American performances in the history of the event, topping out at an American record 2:19.59), but it is clear that King is no longer only a 100 contender.

The biggest wildcard going into this event will be Great Britain’s Jocelyn Ulyett, who dropped five seconds to break the British record at British Worlds Trials in April, putting up the third-fastest time in the world this year: a 2:22.08. Just one year before at British Olympic Trials, Ulyett swam a personal best 2:28.40.

Speaking of wildcards, Bethany Galat has been famous in swimming circles over the past year for her incredible improvement in a short span of time. At 2016 Olympic Trials she bettered her 200 breast by 3.3% (5 seconds) and her 400 IM by 2.4% (7 seconds) for third place in both events. This year, she made her way through a “Lochte Rule” 400 IM DQ to take second place behind King in the 200 breast at U.S. Nats. Her 2:22.24 places her as the fourth-fastest swimmer in the world this year and the 18th-fastest swimmer in history.

Reona Aoki of Japan has the fifth-fastest time in the world this year with her 2:22.74 from the 2016 Asian Swimming Championships. Aoki’s specialty is the 100 breast; she led the with her 1:05.2 from January until June. This meet will be her chance to make her mark on the 200 as well.

2016 Olympic finalist Molly Renshaw of the UK was 2:23.04 in April for the seventh-fastest time in the field this season, but her personal best is a 2:22.72 from Rio. Renshaw is the defending champion in the short course 200 breast, after an exciting race in December that she won by just one one-hundredth.

Australia’s Taylor McKeown is seeded third in the event with her 2:21.45 from April 2016, but her fastest time this year is a 2:23.58 from this April. Though McKeown was the top qualifier in the heats and semis in Rio, she fell to fifth in the final, unable to match her time from earlier that year.

Shi Jinglin of China has won the bronze medal at the last two world events, taking third at the 2015 Kazan World Championships and the 2016 Rio Olympics. Her 2:24.19 from the 2016 Asian Championships is the eighth-fastest time this season in the field, but she has been 2:22.28.

Denmark’s world record holder Rikke Moller Pedersen is the fastest swimmer in history with a 2:19.11 from worlds in 2013. Her fastest time this season is a 2:24.31 from the Danish Open, but she is seeded into the event with a 2:21.69 from the 2016 European Championships.

Rio seventh-place finisher Kierra Smith of Canada comes into this event with a 2:24.36 from Canadian Trials, but she is seeded with a 2:22.87 from Rio semifinals. In December, Smith finished fifth at the FINA Short Course Worlds in Windsor. This March, she finished second at NCAAs, representing Minnesota for silver behind King.

Viktoria Gunes of Turkey is seeded 12th in the event with her 2:23.40 from the 2016 European Championships. Though her season-best is a 2:26 from January, it’s worth noting that she hasn’t had anything to rest for since Rio. At the 2015 World Championships in Kazan, Gunes swam 2:19.64 for the junior world record, the fifth-fastest performance in history.

Darkhorse: 28-year-old Jessica Vall Montero of Spain’s best time this season is a 2:25, but she has only gotten better as she gets older. She swam 2:22.56 at European Championships last year and finished 10th at the Olympics in Rio.

I think she’ll snag that WR and in the process may pull another contender under 2:20.

Lilly can’t get too excited during the final and overswim the first 100, that could cost her a medal.

Efimova going for 3 golds and 3 WRs would maybe make for some of the best comment sections of all time.

Interesting to have two women with monumental improvements, Galat & Ulyett, in the reckoning.

Personally, I never like ‘power’ swimmers facing 3 fast 200br rounds, so I’m not one to back King here. I think 3 swims under 2.25, two of them all-out, might just be a little too much right now. If she does handle that, she’ll medal.

1. Efimova
2. Jinglin
3. Aoki – because silver and bronze are anybody’s

I feel like Kierra Smith will be 2:21 at the least.

She even looks evil in that picture. Barring DQ though she is the favorite unfortunately. She’s tested positive twice and should not be able to compete ever again. Doping is not a victimless crime.

Not sure we need to use words like evil. Agree with all the rest.

The devil is gorgeous in that case!