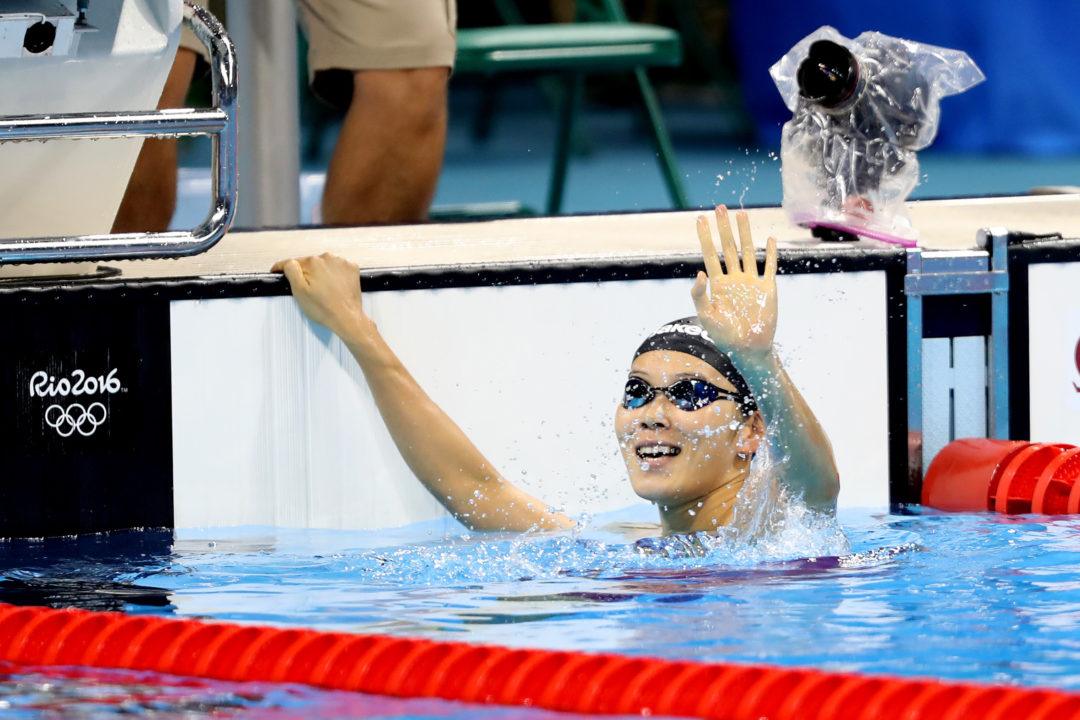 Reigning 200m breaststroke Olympic champion, Rie Kaneto of Japan, has announced she will not be partaking in her nation's World Championships qualifying meet in April. Archive photo via Simone Castrovillari

In the continuing trend of several high-profile athletes opting out of racing at the 2017 World Championships in Budapest, Japan’s Rie Kaneto is the latest swimmer to announce she will not be seeking a chance to compete. The 28-year-old Olympic champion revealed that she is not attending her nation’s qualifying meet for Budapest, April’s Japanese National Championships, and, therefore, will not be competing at the World Championship meet this summer.

At the 2015 edition of World Championships in Kazan, Kaneto was rather quiet, finishing 6th overall in the 200m breaststroke with a time of 2:23.19 after settling for 18th in the 100m (1:07.71) and 31st in the 50m (31.99) of the same stroke. The 28-year-old national record holder, however, made her veteran presence known big-time in Rio, however, as she snagged an individual gold medal for Japan in the women’s 200m breaststroke, touching in 2:20.30 to beat out Russian rival Yulia Efimova.

While receiving a Japanese Aquatic Award earlier this year, Kaneto commented that she was contemplating retirement, a decision which she has still yet to make.  It appears that the 200m breaststroke event is in good hands in her absence at least for now, with teammates Reona Aoki and Shiori Asaba holding the world’s first and third-ranked times overall in 2:22.74 and 2:23.52, respectively.

I don’t think Tommy is in the same league as the wonderful Rie . Would Rie have tantrums about Gaijins in the pool?