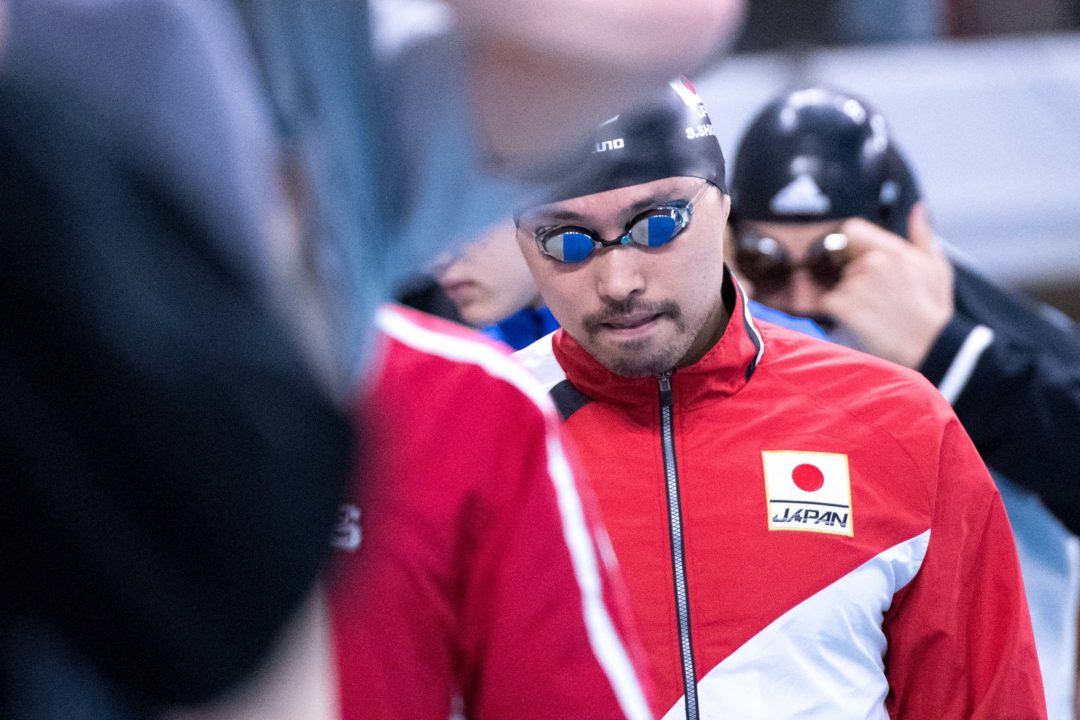 Elite Japanese sprinter Shinri Shioura has withdrawn from the remainder of the 2018 racing season due to complications with tonsillitis. Archive photo via Mike Lewis/Ola Vista Photography

Elite Japanese sprinter Shinri Shioura has withdrawn from the remainder of the 2018 racing season due to complications with tonsillitis, the 26-year-old announced on Twitter today, Friday, September 28th.

The Pan Pacific Championships relay bronze medalist had earlier pulled out of the Japanese Sports Festival this month due to coming down with tonsillitis, an inflammation of the tonsils. But, the condition has worsened with the freestyle ace saying now, “the abscess surrounding the tonsils has become laryngeal edema and I’ve been hospitalized again.”

Shioura also says he safely underwent sudden surgery yesterday, but will need to cancel all of this year’s competition. He can return to swimming again at the end of October, per his social media announcement.