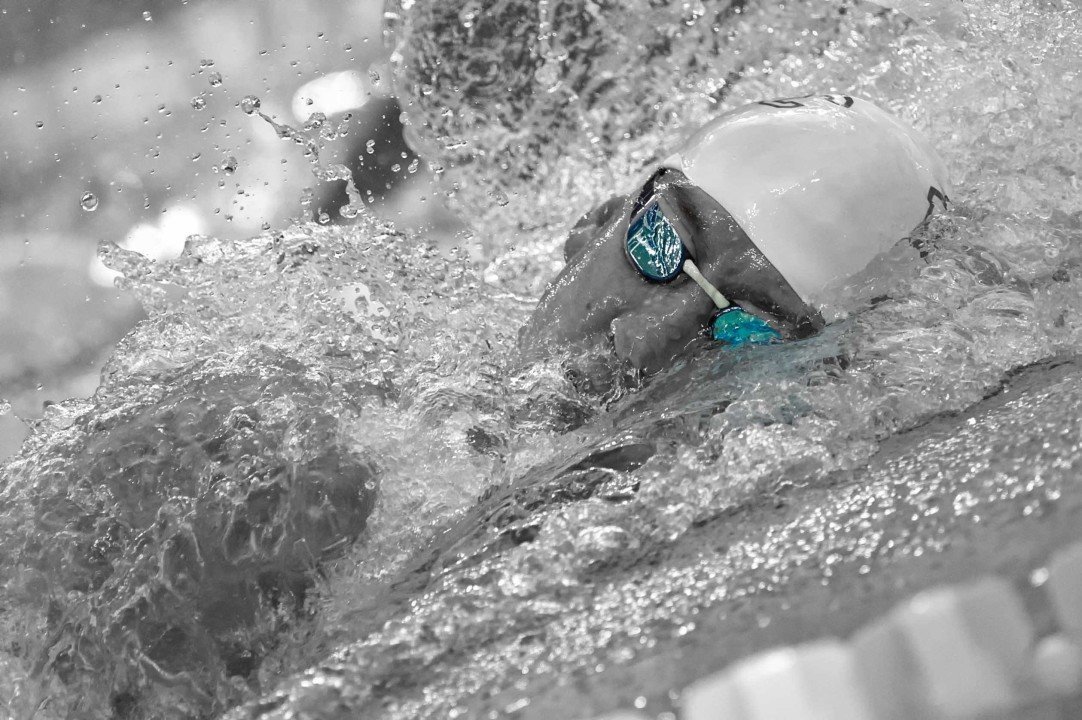 Cardinal Aquatics’ Tanja Kylliainen popped the top on the morning’s events with a FINA A cut of 2:14.20 to take first going into tonight’s finals. Fresh off her 4th place finish in this event at Kazan Worlds, Maya DiRado sits in second with 2:14.57 but expect big things from the Stanford Cardinal come finals. Former Georgia Bulldog, Melanie Margalis swam in Kylliainen’s heat but was unable to catch her; she rounds out the top-three in 2:14.74. Caitlin Leverenz, a 2012 Olympic medalist in this event, led the first of the circle seeded heats to finish in 2:15.26. SwimMAC’s Kirsty Coventry (2:15.45), NBAC’s Becca Mann (2:15.69), Aggie Sarah Henry (2:15.80), and Minnesota’s Brooke Zeiger (2:15.89) make up the rest of tonight’s A-final.

The greatest Olympian of all time may have thrown down the fastest 200m IM in the world this year in San Antonio, but a tired Michael Phelps couldn’t hold off the closing prowess of Chase Kalisz. Phelps took an early lead, touching the 100 at 57.7 and continued to push through the breast, but Kalisz’s fast tempo bested Phelps’ distance per stroke in the closing 50 to win in 2:02.42 versus 2:02.67.

Louisville’s Carlos Clavarie finished behind the North Baltimore teammates to take 3rd in 2:03.27, leaving Trojan Swim Club’s Conor Dwyer with a 2:03.59. Dan Wallace of Gator Swim Club is next in line for the IM final, he won his heat from the middle of the pool with 2:04.53.

The winner of last night’s 100m back and current world recorder in this event, Missy Franklin, casually cruised a 2:10.18 to best Canadian Dominique Bouchard, who swam in the previous heat by .31. DiRado had some recovery time in between her events but she scraped a 2:12.41 to snag 3rd. Cal Bear Elizabeth Pelton duked it out with Bouchard in Heat 6 and with a smooth stroke she enters tonight’s final at 2:14.04.

Another California girl, Melanie Klaren, will be 4th going into tonight at 2:14.96. Zimbabwe native Coventry swam adjacent to Franklin in the fastest heat of the morning posting 2:15.12. Thirteen year old Regan Smith from Riptide slides into 7th at 2:15.51 and Toronto’s Kylie Masse caps the A-final at 2:16.05.

Ryan Lochte blew everyone out of the water on the men’s side, taking a huge lead in his heat to post the morning’s best at 2:00.04. SwimMac stud Tyler Clary had similar luck, he had nothing but clear water on either side to finish just behind Lochte’s time at 2:00.94.

Pushing Lochte from lane 6 was Louisville’s Aaron Greene, dropping a second from his seed time to take third in 2:01.06. Now-Serbian Arkady Vyatchanin is coming off a tough shoulder injury but he managed a morning swim of 2:01.24. Grigory Tarasevich, another Louisville Cardinal in this heat, landed 5th with a 2:01.73 behind his former countryman, Vyatchanin. Corey Okubo of Princeton tried to keep up with Clary’s pace but he occupies 6th at 2:03.72. Pedro Oliveira sealed the A-final at 2:04 flat.

The American short course record holder, Simone Manuel, pulled away in the last 15 meters to solidify her top place finish going into tonight’s final at 54.45. Abbey Weitzeil of Canyons Aquatic Club nipped at Manuel’s heels to catch the wake for 2nd at 54.58. Missy Franklin and Katie Ledecky went head-to-head under the flags in the second to last heat of the event, they finished with a tie for 3rd at 55.22.

Pressing the gas in the last heat, top seed Santo Condorelli of Canyons Aquatic Club fills the number one slot with a quick 48.94. Brazilian Olympian and Auburn resident Marcelo Chierighini enjoyed a clear finish but was .81 off his seed time at 49.08. Recently trading up his usual line-up of events for the free sprints, Ryan Lochte landed at 3rd with a 49.64 next to Chierighini.

Joao De Lucca’s speciality is twice the distance but his 100 free at 49.72 was quick enough to snuff out his heat, including 6th place 2012 gold medalist Nathan Adrian (50.04). Conor Dwyer of Trojan Swim Club sits between De Lucca and Adrian for 5th with 49.81. UBCD’s Yuri Kisil posted a 50.24 for 7th and Auburn trainee Renzo Tjon A Joe squeaks into tonight’s A-final with a 50.27. Of note, Phelps was absent with a scratch in the event.

The video feed is excellent. The swimmers look good. Finals should be a lot of fun to watch. The music is AWFUL, though. Need some more lively music.

What’s going on with E. Beisel??? She seems so off her times. Looks like it will be tough for her to make Olympic team again!!

She’s wearing a practice suit at this meet and is likely in heavy training at Florida. I am still slightly worried but became less worried when I saw her suit in the 400 IM video.