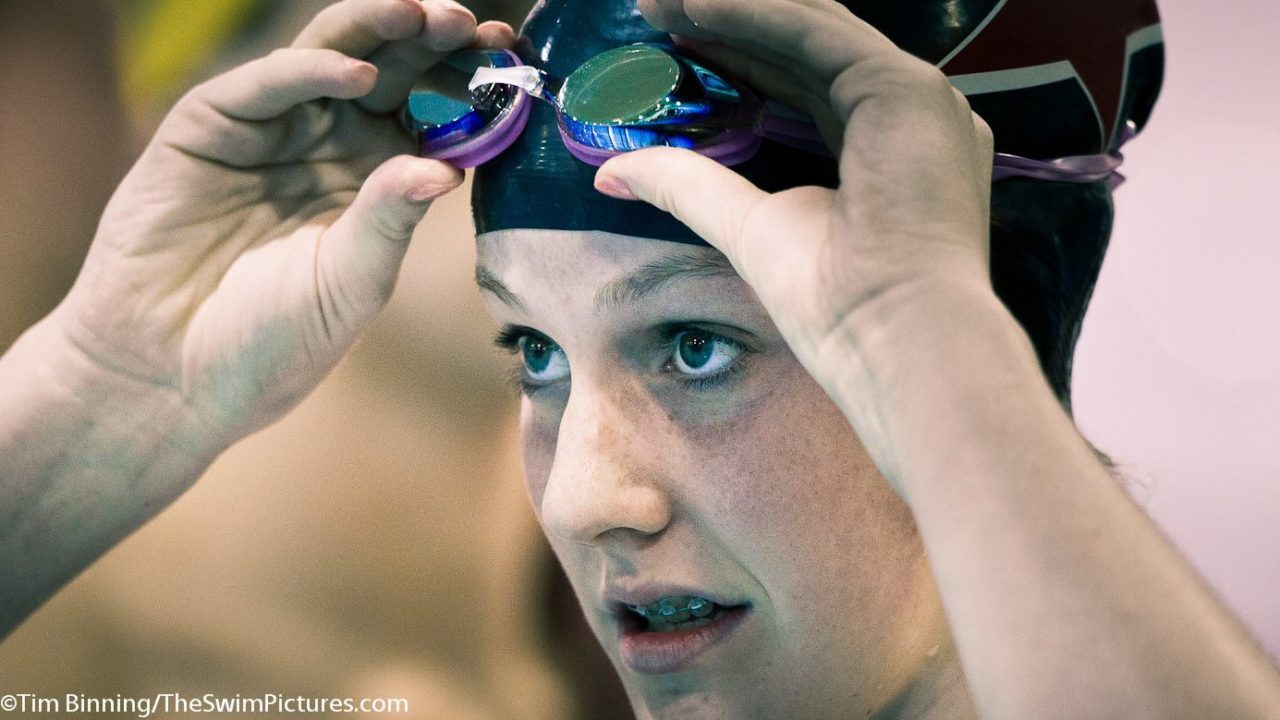 Missy Franklin will be among the swimmers opting for Austin over Santa Clara. 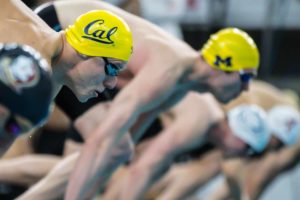 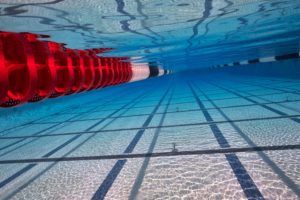 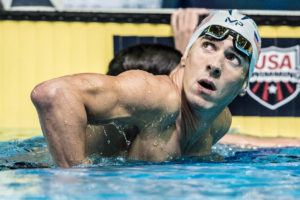 This weekend, while USA Swimming will direct most attention toward the Santa Clara Grand Prix in California, there will be another (and arguably bigger) meet going on down in the Lone Star State – the Longhorn Aquatics Elite Invite.

The lineup at this meet will start with some of the best in the state – including the full contingent of Longhorns, collegiate and pro, like Jimmy Feigen and Brendan Hansen; the Texas A&M Aggies and their National Teamer Cammile Adams (with Breeja Larson likely joining her this summer); and some of the best high school swimmers in the country, including Stanford-bound seniors Julia Anderson from Fort Worth and Gray Umbach from Houston.

Added to that will be a group of the best swimmers from around the country, including a huge chunk of the potential Olympic Team. That includes the great Missy Franklin, the great Michael Phelps, and the great Allison Schmitt. Entire teams are coming to this meet from the Georgia-affiliated Athens Bulldogs Swim Club; Bob Bowman’s North Baltimore Aquatic Club; plus Michigan and Club Wolverine. In addition to Franklin, there will be a huge group coming in from Colorado including Clark Smith, Cal-bound senior Kelly Naze from the Denver Hilltoppers, and Bonnie Brandon who is headed to Arizona in the fall.

Not only will this meet match Santa Clara in talent, but it will also match with TV coverage. Texas’ dedicated sports network the Longhorn Network will air 9.5 hours of coverage from the weekend in Austin with an all-star crew of Aaron Peirsol and John Naber calling the meet (eliciting dreams of a cross-generational battle between the two greatest male backstrokers of all time). Of course, there’s only two television providers that carry the Network, but if you use Verizon or Grande Communications for your television provisions, you’re in luck!

The overall tone of this meet will be one of vastly reduced schedules. Most swimmers will come down from the ridiculous event schedules they’ve had earlier in the season, and focus on their trials races (it appears that’s true other than Allison Schmitt, who still has a big schedule that includes the 200 fly).

Why did so many swimmers choose to come to Austin? Probably in part because it’s an indoor facility, for starters. For many swimmers on the East Coast, it cuts way back on travel time and time zone adjustments, which is important at this time of the season. But the biggest factor probably has to do with the much smaller field. The Grand Prix meets have blown up to such huge entry levels that prelims sessions can be chaotic. At this Elite Invite, because teams had to be invited, most events have between 20 and 50 entries, depending on the race; that’s compared to the Grand Prixs that had as many as 100 entries in certain events.

Here’s 6 things to notice from Austin:

2. Hersey v. Adams 200 Fly – We don’t get to see Longhorn Aquatics’ Kathleen Hersey and Texas A&M’s Cammile Adams square-off very often, despite them training only an hour-and-a-half apart. But the two could be the two best 200 butterfliers in the country. They’re certainly the two fastest since the rubber suits went away in 2009. Adams wasn’t all-that-fast at the Texas Senior Circuit meet two weeks ago, but she swims well in Austin. This is where she stepped up in January and swam a 2:06 – the best time by an American this year (no Hersey at that meet).

3. The Sprints – The 100 free should be a great test for Michael Phelps; he won’t be concerned about an individual swim at the Olympics in the event, but he’ll still be trying to swim something well-under a 48 in London on a relay leadoff to get the Americans back in the gold medal hunt. He’ll be pushed byby two other possible relay teammates Garrett Weber-Gale and Jimmy Feigen, both in their home-pool, as well as Club Wolverine’s Bobby Savulich, Dax Hill, and Club Wolverine/Trinidadian sprinter George Bovell. Expect Bovell to swim a good time in this meet as well, as he seems to have been feeling good since returning from injury earlier this year.

4. Women’s 100 Breaststroke – This continues a storyline that was left unfished after the Senior Circuit Meet, where Texas’ Laura Sogar teased us with a very fast 200 breast, but then went home after one day. Now that she’s already home, we’ll get to see her and Breeja Larson show off in this 100 (Larson’s better event) for a possible sub-1:09 battle in the final. Also in this race will be Cal’s breaststroker-of-the-future Kelly Naze and Missouri’s Rachel Ripley, who is better in long course than short.

5. Caleb Weir Tries Out New Home – Former National Junior College star Caleb Weir will race in his future home-pool in Austin, as he will be transferring to Texas next year after two seasons at Indian River State College. Weir was the Junior College National runner-up in both the 50 and 100 freestyles with swims of 19.84/44.05, and that’s a sprinter that the Longhorns will make good use of next year after the graduation of Jimmy Feigen. Following in the footsteps of his olders sister, and National Team member, Amanda Weir, Caleb will swim only the 50 and 100 freestyles at this meet.

6. Missy Franklin vs. Allison Schmitt in 200 Free – With Missy taking a big step off of the Grand Prix series this season, this is another head-to-head race that we haven’t seen much this season. But this will be the race-to-watch of the women’s meet at this year’s Olympic Trials. Both swimmers have been fairly consistent this season – but Schmitt has been consistently faster. She’ll have a tougher schedule of the two, but I think she’s gotta be a slight favorite here at least. Franklin’s got an interesting schedule, swimming the 100, 200, and 400 frees and the 200 backstroke, but no 100 back. Is this a clue to a possible event schedule in Omaha without that 100 back? It would certainly help avoid a quick-turnaround two races after the 200 free semi.

It seems to me more likely that Franklin just isn’t swimming on Day 3 of the meet. Perhaps going home early.

Great meet to watch closely as some of the future olympians are showing up . I would love to see what Jimmy feigen can do on 100 free ??!! specially if he may be one good choice for the Us relays in London . the future of Us sprint needs new faces isn’ t it ?
also love to see where Missy is on 100 and 200 free .

This weekend may tell us a lot about Feigen and GWG.

I agree with Neptune. GWG was coming around pretty nicely about this far out from the 08 Trials. GWG has been off the national radar a bit the last year or so but he appears to have been focusing on training vs. fast swimming. He learned what it took to get it done at the 08 Trials. He is going to be interesting to watch.