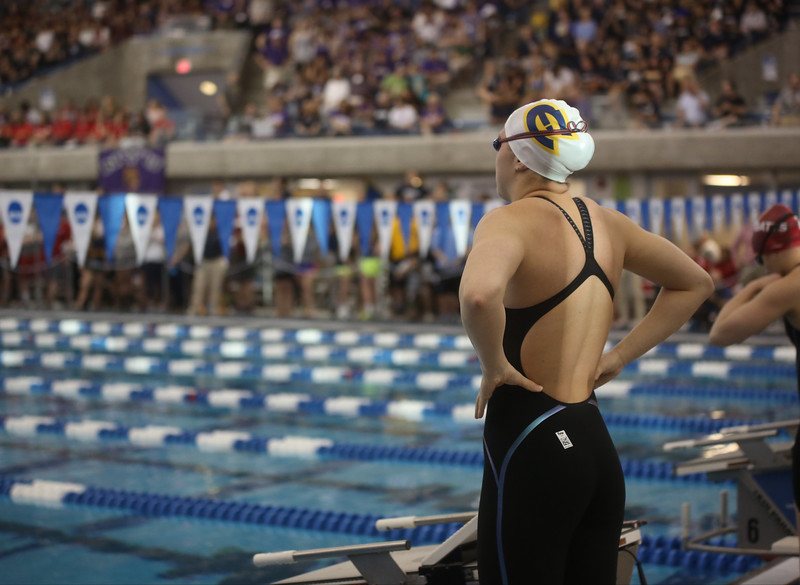 After sitting out her junior season following back surgery, UW-Eau Claire's Sam Senczyszyn is back in the water for one last go-around. Archive photo via UW-Eau Claire Athletics

After missing her junior season to recover from back surgery, two-time NCAA Division III champion Sam Senczyszyn is back in the water for one last go-around.

Now a senior, Senczyszyn raced to back-to-back 100 breast titles in 2016 and 2017 – her freshman and sophomore seasons at the University of Wisconsin-Eau Claire – and also swam to podium finishes in the 200 IM and 200 breast in 2016. But midway through 2017, she was diagnosed with degenerative disc disease and herniated disks in her back; she could barely walk by the end of the season.

Senczyszyn underwent surgery shortly after that season and attempted to return to the pool for her junior year.

“I tried coming back my junior year, but I don’t think I gave it enough time to heal because it started hurting again right away,” she told SwimSwam. “So I took the year off to let it heal, try to recover a little bit.”

Unsure if she would swim competitively again, Senczyszyn said she only got in the pool a few times in her year off. But she maintained her fitness by practicing yoga, weight training, and running, and was pleasantly surprised come the start of this season.

“I got back in the pool in September pretty consistently and it didn’t really feel that out of shape,” she said. ” I definitely thought it was kind of over for me after I was done that junior year when I had to quit, but then once I started not having consistent back pain, I figured it would be something that I’m willing to try again and I figured I had one year left, I might as well give it a try and see how it goes. And I could stop if it hurt again, but I at least wanted to give it a shot.”

And while she trained through the pain at her usual practice workload sophomore year, she’s been more cautious this time around.

“I progressed through a club team before college that was very heavy on the yards. And so when I got to college I kind of kept that up, because I didn’t really know what exactly was making my back worse,” Senczyszyn said. “But now this season we’ve definitely held back a lot more. I try to swim five times a week, but it’s usually four times a week, rather than six to 10, like it was before when we were doing doubles. And my yardage is pretty much cut in half now.”

So why did Senczyszyn, once committed to the University of Arizona, go DIII?

“I actually didn’t swim after my high school season my senior year in high school,” she said. “I just kind of lost my love for it a little bit, and I was trying to find the solution that was kind of like a happy medium for me.”

She cited her coach’s ability to hold her to high standards, and the process of going all-in from September to March with a chance to recharge mentally and physically in the summer, as reasons DIII has worked out.

With her love for the sport restored after the close call with a premature ending, Senczyszyn reflected on the emotions of her final weeks: “I’m just really thankful – relieved that I was able to do it this season so far with no issues and I’m definitely thankful that I was able to with my teammates again, and racing.”

Proud to be a Blugold Alum! Good luck this year! We are rooting for you! Also SO to Lindsey!

The girl is an absolute monster when it comes to swimming. She’ll probably be sub minute at nationals this year no cap.