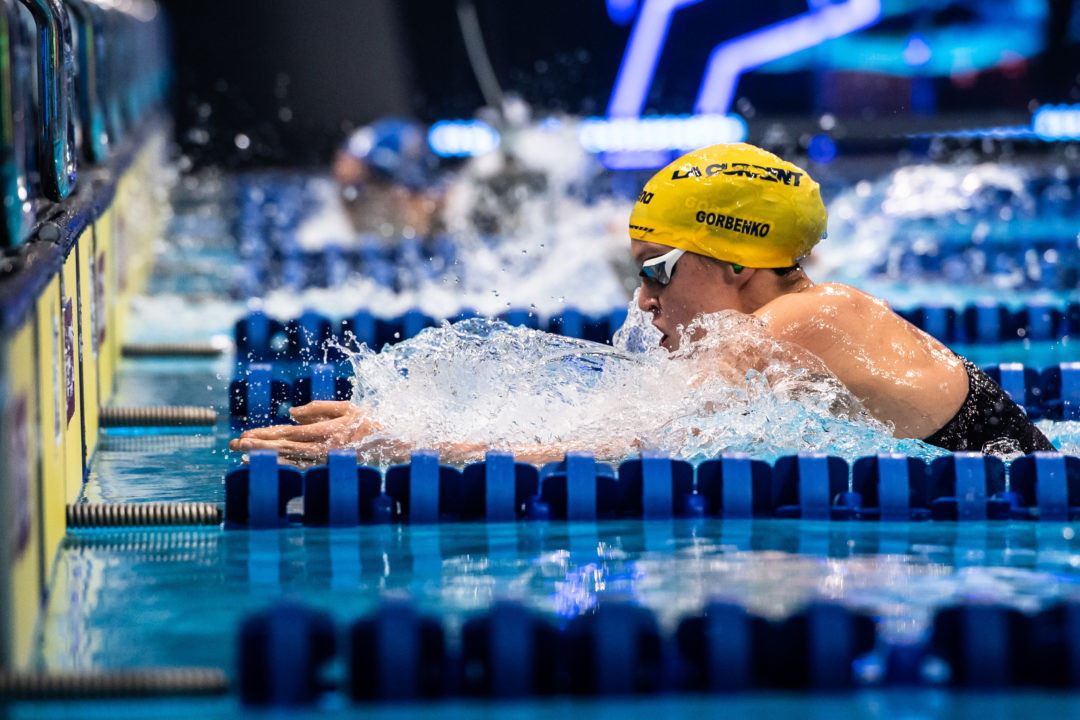 Gorbenko swam faster on the fly, back, and breast 50s during finals, but was slightly slower on freestyle. Stock photo via Mike Lewis/Ola Vista Photography

Israeli star Anastasia Gorbenko, 17, broke yet another Israeli Record at these European Championships. Gorbenko won Gold in the women’s 200 IM, tearing to a new personal best of 2:09.99. Gorbenko entered the meet with a lifetime best of 2:11.92, which she swam at the 2019 World Championships in Gwangju, South Korea, and stood as the Israeli Record until this morning. In semifinals, Gorbenko clocked a 2:10.35, breaking her own record by 1.57 seconds.

Gorbenko swam faster on the fly, back, and breast 50s during finals, but was slightly slower on freestyle. She’s been in top form at these Championships, having broken Israeli Records in 4 separate events, and broken 5 total records during the meet. Here is the list of Gorbenko’s record-breaking performances so far during the meet:

Congrats, good meet to many athletes training with David.

In Katinka’s pool. Seems like it works for 50 breast too.