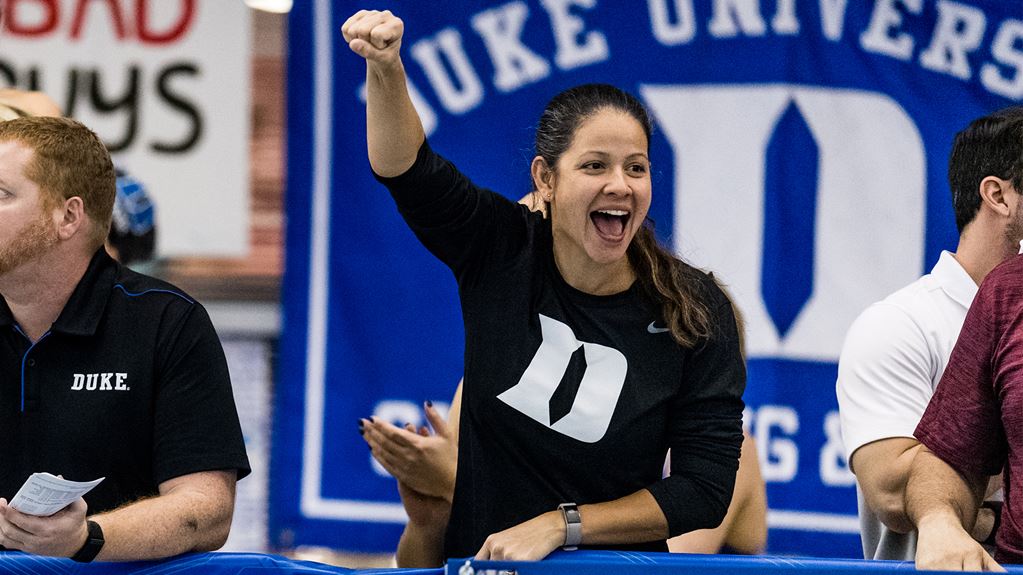 Kane came to Durham with head coach Dan Colella back in 2005, and has remained on staff since then. Stock photo via Duke Athletics

The FSU men’s and women’s teams will start the season separately after Hurricane Ian forced the cancelation of Seminoles’ season-opener.

Dawn Kane, who has served on the Duke Swimming and Diving coaching staff for the past 16 years, announced she will be leaving her position on the team, but remaining at Duke. Kane came to Durham with head coach Dan Colella back in 2005, and has remained on staff since then. In 2014, Kane was elevated to the position of associate head coach, a role in which she served for 7 years.

Kane will be staying at Duke, and will be moving into an administrative role within Duke Athletics. Her new position will be Director of Student-Athlete Development, where, in her own words, she “will be overseeing career development and community services, while assisting with leadership and personal development programming.” Kane is set to begin her new position on July 7th.

Kane says she’s been drawn to the student-athlete development department at Duke for sometime, and given her Masters in Human Performance with a focus in Sports Psychology, it feels like a role in which she can excel. In Kane’s words, when the position became available, she “discussed it with Dan and he was fully supportive from the beginning.” Kane also notes that because the job of a coach is so time consuming, she’s looking forward to having more time to spend with her husband and three kids moving forward.

During Kane’s 16 years with Duke, the Blue Devils won 5 individual NCAA titles, and broke 3 ACC records. Duke also finished in the top 20 at NCAAs numerous times. Kane was also on staff for Duke’s 2018-2019 season, where they earned a program record 12 swimmers and divers to the NCAA Championships. Another one of Duke’s strongest seasons during Kane’s tenure was the 2019-2020 season, where the Blue Devils had 10 swimmers qualified for NCAAs, which ultimately were cancelled due to the COVID-19 pandemic.

In a statement to SwimSwam, Duke head coach Dan Colella spoke on the impact Kane had on Duke swimming & diving over her 16 years with the team:

“I cannot thank Dawn Kane enough for all she has done these last sixteen years for DSDT!  She has touched, mentored and helped so many individuals during a very formative time of their life.   I don’t think there has been anyone who has come in contact with her within the team, the athletic department or community who would not tell you she is absolutely terrific.  We are going to miss her, but luckily for the department  and her new position she will be able to spread that joy amongst everyone and not just our team.”