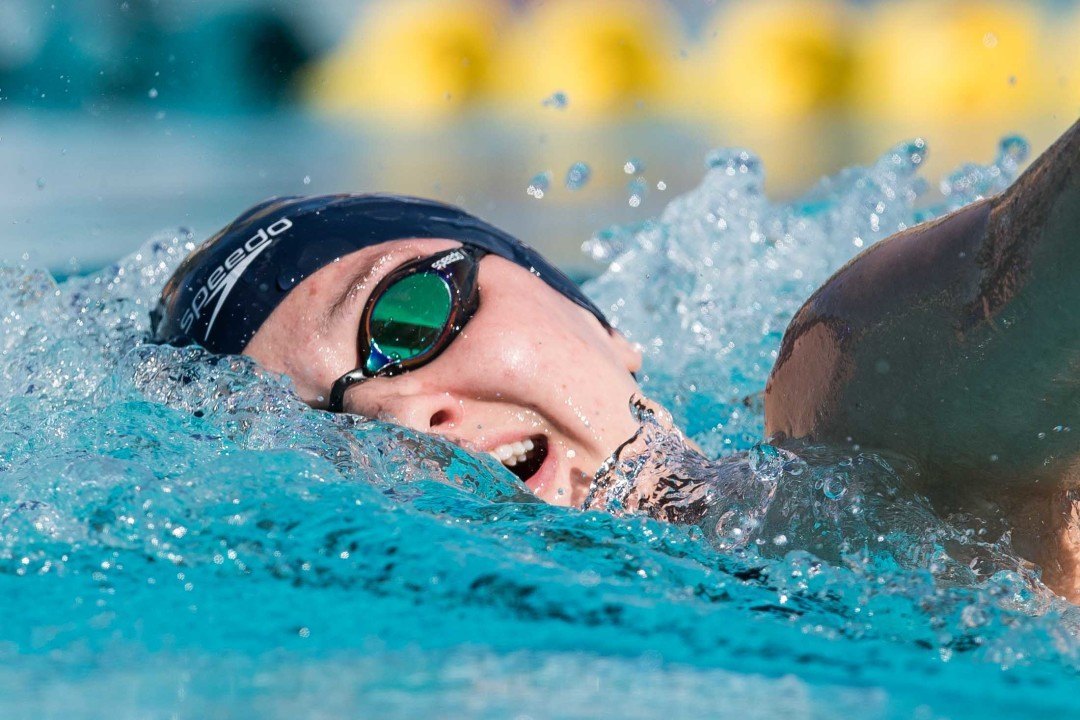 After posting a 55.55 to win the 100 free last night, Ozaukee Aquatics’ Katie Drabot dropped a 1:59.72 to easily win the 200 free tonight in Brown Deer, Wisconsin. That time is a bit over a second off of the Stanford commit’s lifetime best of 1:58.58 from the 2015 U.S. Summer Nationals, and she was the only finisher under two minutes. 2nd went to NASA’s Reilly Lanigan, who will head to Notre Dame this fall, at 2:02.57 for a new lifetime best.

Drabot’s Ozaukee teammate Autumn Haebig took the women’s 100 back title with a 1:02.43, while Brett Pinfold of Wisconsin Aquatics dropped a lifetime best of 55.38 to win the men’s 100 back.

Academy’s Alexis Preski, an Alabama commit, swam a 4:56.54 to take the women’s 400 IM by almost three seconds over 16-year-old Lucia Rizzo of Riptide (4:59.47). Preski’s teammate on the Academy Bullets, Joseph Milinovich, was just off of his lifetime best with a strong 4:26.14 for the win on the men’s side.

Is Reilly Lanagan not swimming for PAC anymore?