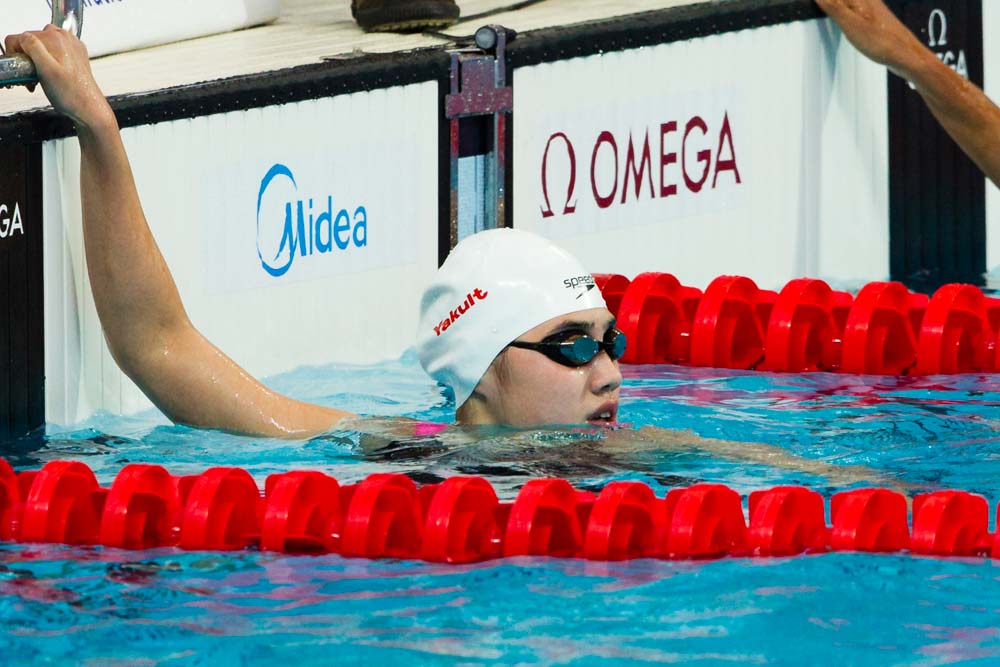 Her winning time of 2:08.16 makes her the 15th fastest performer in the world this year. Archive photo via Tim Binning/TheSwimPictures.com

The 2017 Chinese Summer Nationals are underway, as competition began on Friday at the Ganzhou Sports Center Natatorium. Olympic butterflier Yufei Zhang was among the most impressive performers on day 1 with her victory in the 200 fly. Her winning time of 2:08.16 makes her the 15th fastest performer in the world this year. She’s also the 2nd fastest in China for 2017, sitting behind Zhou Yilin’s 2:07.36 from August.

Chinese freestyle star Qiu Yuhan made a statement in the 100 free final, putting up a quick 54.71 to out-touch Junxuan Yang (54.82) for gold. Veteran Chinese national Teamer Shen Duo made an appearance in the B final, where she registered a time of 57.87.

Shen Duo only a 57.87? She’s underperformed this whole year.

She had a “non-voluntary” change of coach 8 months ago, which pretty much ruined her training and confidence…