Yasuhiro Koseki Shaves .01 Seconds Off His Own Asian Record in 50 Breast 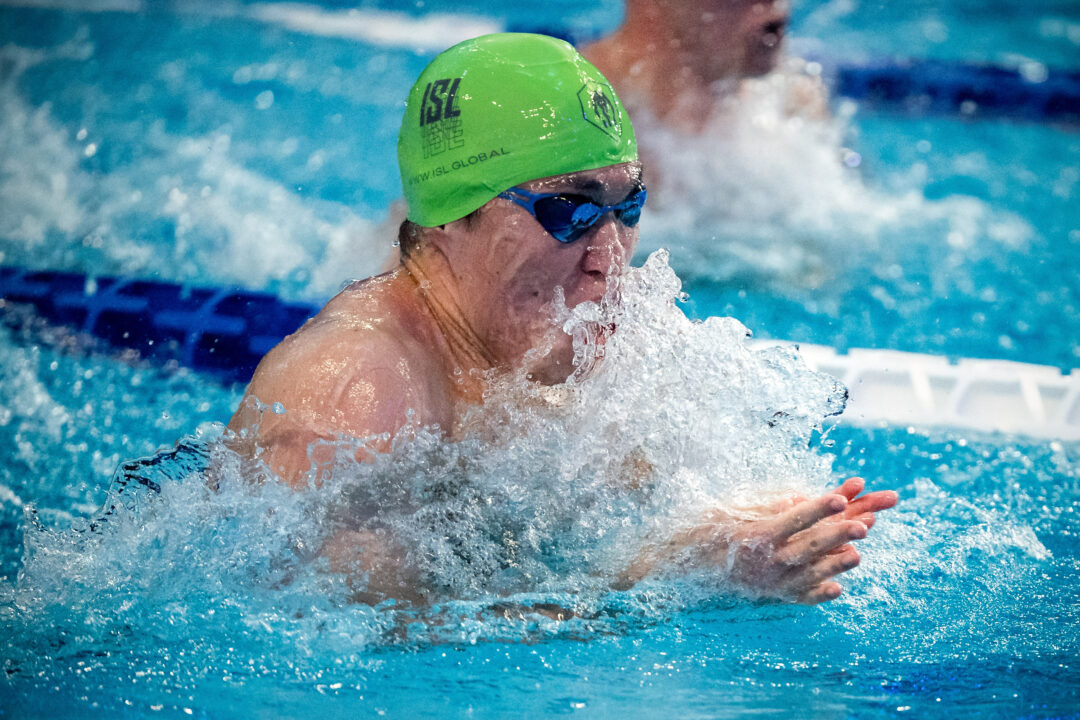 29-year old Yasuhiro Koseki broke his own record in the 50 breaststroke on Wednesday that has stood for three years - since 2018. Archive photo via Giorgio Scala / Deepbluemedia / Insidefoto

The Japanese national won the race in 26.01, Jackpotting points from two swimmers for a 12-point victory – a crucial victory for the Frog Kings as they battle with Iron for a top 2 finish. That time shaved .01 seconds off Koseki’s own record from the 2018 Japanese World Championship Trials.

That means his swim is also the new Japanese Record.

Koseki is also the Japanese Record holder in the 100 breast in short course, having been 56.11 twice.

Tokyo head coach Dave Salo joked afterward that “we’re not sure where it comes from, he hardly touches the water.”

His swim kept the Frog Kings in contact with Iron for the 2nd position in the meet, though without either ‘skins’ choice, Tokyo is in trouble heading into day 2. The top 2 teams here will advance to Eindhoven for the Playoff matches in November.

So happy to see him doing well right now!